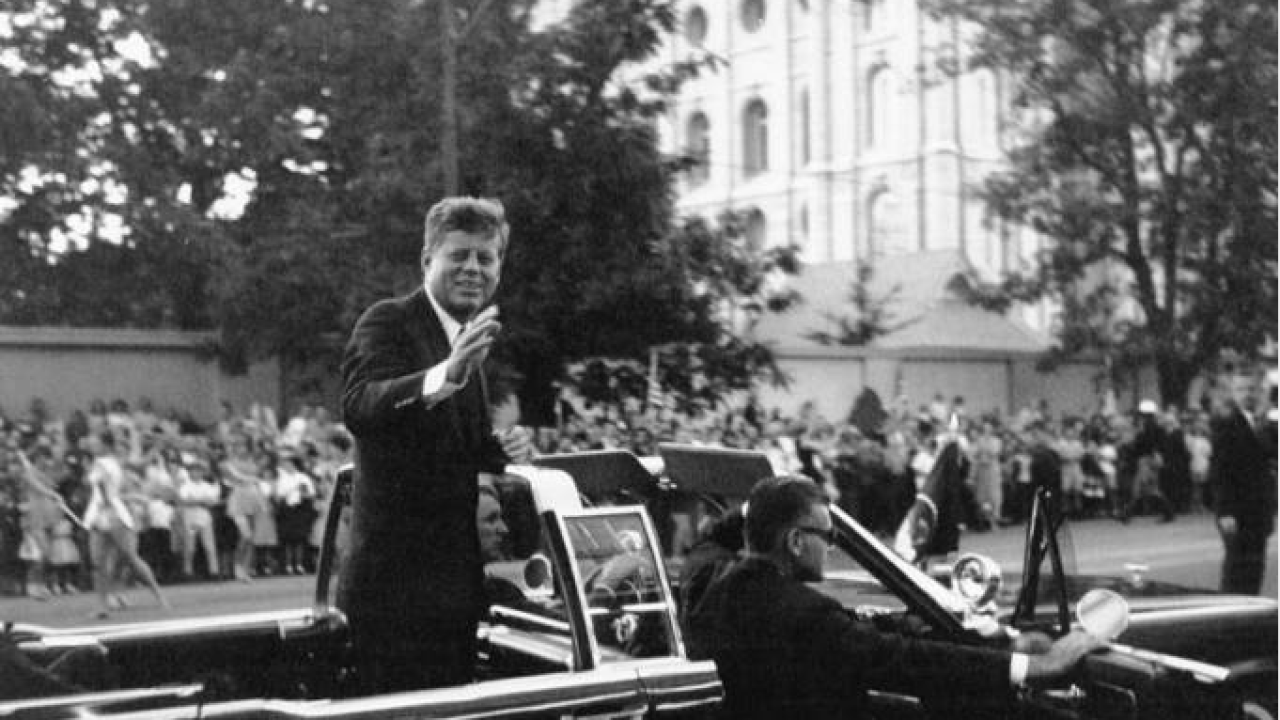 WASHINGTON – President Donald Trump said Saturday he intends to allow the release of classified government documents about the assassination of President John F. Kennedy “subject to the receipt of further information.”

Trump’s tweet comes as he is staring down an October 26 deadline set in law by Congress mandating the public release of the still-secret documents — including FBI and CIA files — barring any action by the President to block the release of certain documents.

“Subject to the receipt of further information, I will be allowing, as President, the long blocked and classified JFK FILES to be opened,” Trump said, appearing to leave open the possibility that some documents could still be withheld.

The White House said in a statement to Politico earlier this week that the White House was working “to ensure that the maximum amount of data can be released to the public” by next week’s deadline.

Trump himself is no stranger to the controversies and conspiracy theories that have long swirled around the assassination of the 35th president.

During the 2016 campaign, Trump made the unfounded claim that the father of GOP rival Sen. Ted Cruz was associated with Kennedy assassin Lee Harvey Oswald, a claim he has never reneged nor apologized for.

Trump’s longtime political adviser Roger Stone, who helped launch Trump’s campaign for president, is also an avid conspiracy theorist who wrote a book about the wild claim that President Lyndon B. Johnson, Kennedy’s vice president, was involved in Kennedy’s assassination.

Stone tweeted Saturday morning that he urged Trump to release the classified documents.

Republican members of Congress, including Senate judiciary committee Chairman Chuck Grassley, of Iowa, have urged Trump to allow the full release of the documents.

Trump can withhold the release of certain documents if he believes their release could pose harm to US intelligence, law enforcement, the military or US foreign relations.

“There’s going to be no smoking gun in there,” Gerald Posner, the author of “Case Closed: Lee Harvey Oswald and the Assassination of JFK,” told CNN’s Michael Smerconish. “But anybody who thinks this is going to turn the case on its head and suddenly show that there were three or four shooters at Dealey Plaza — it’s not the case.”

“Oswald did it alone,” Posner continued. “But what the files are doing and why they’re important to come out is they fill in the history of the case and show us how the FBI and CIA repeatedly hid the evidence.”

Posner said that the conspiracy theories about the CIA and mob working together to assassinate a head of state are true — but the target was Cuban leader Fidel Castro, not Kennedy.

“They tried seven times and they couldn’t even wound him. … They couldn’t get rid of Castro, but somehow these same guys who were an ‘F’ there pulled off the perfect crime in Dallas, and 54 years later we can find not a shred of evidence about it. I just don’t buy it,” he said.

Ken Hughes, a presidential researcher at the University of Virginia’s Miller Center, told CNN the files could shed light on the US involvement in the attempts to assassinate Castro as well as the US-approved coup of South Vietnamese leader Ngô Đình Diệm in 1963.

“There’s a lot for conventional historians — we non-conspiracy theorists — to look forward to,” he said.