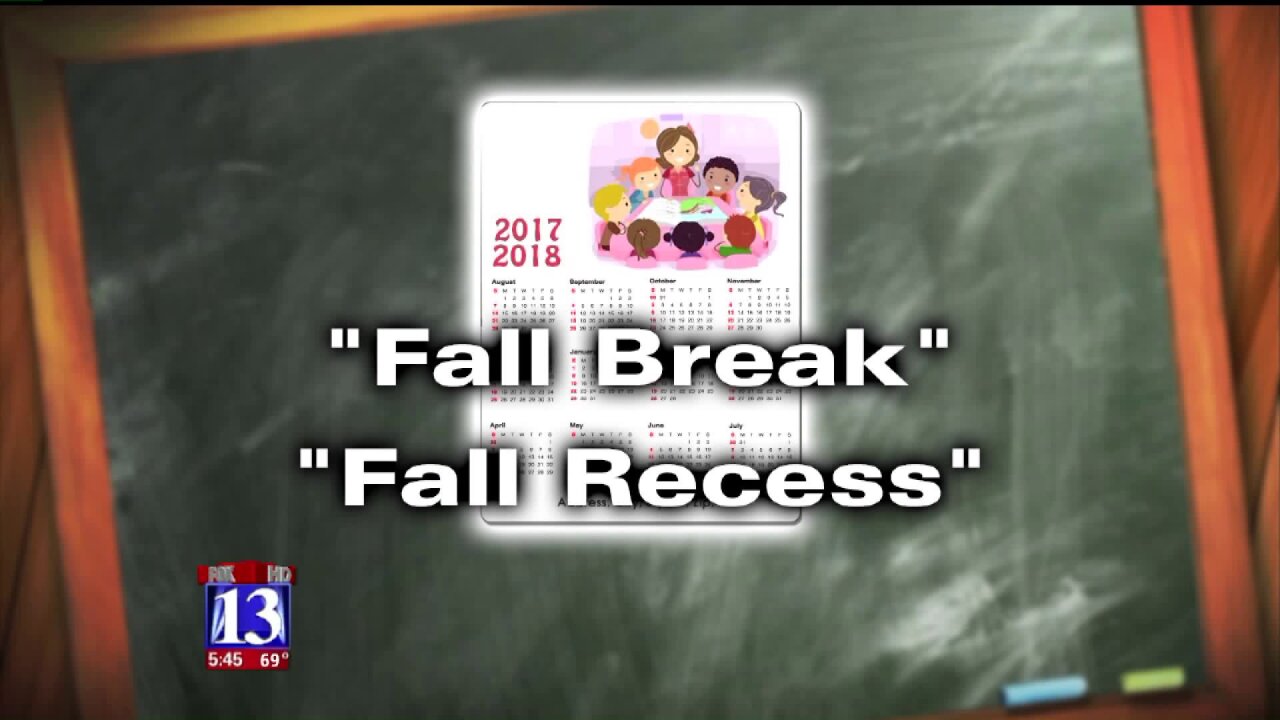 SALT LAKE CITY -- It's not UEA weekend, but it is the weekend of the Utah Education Association Convention.

It's not Deer Hunt, but it is the weekend that the annual deer hunt begins.

It's fall recess, or fall break.

What most Utahns still call "UEA weekend" started on school calendars as a Friday off for "Deer Hunt" well into the 1980s. Utah teachers decided to hold their annual convention at the same time for convenience.

Then the legislature stepped in. Bestowing Utah's favorite sort-of holiday on Utah's largest organization of teachers apparently rankled some lawmakers.

In 2007, they passed Senate Bill 56, saying school calendars could not "...refer to the name of any education employee association in relation to any day or break in the school calendar."