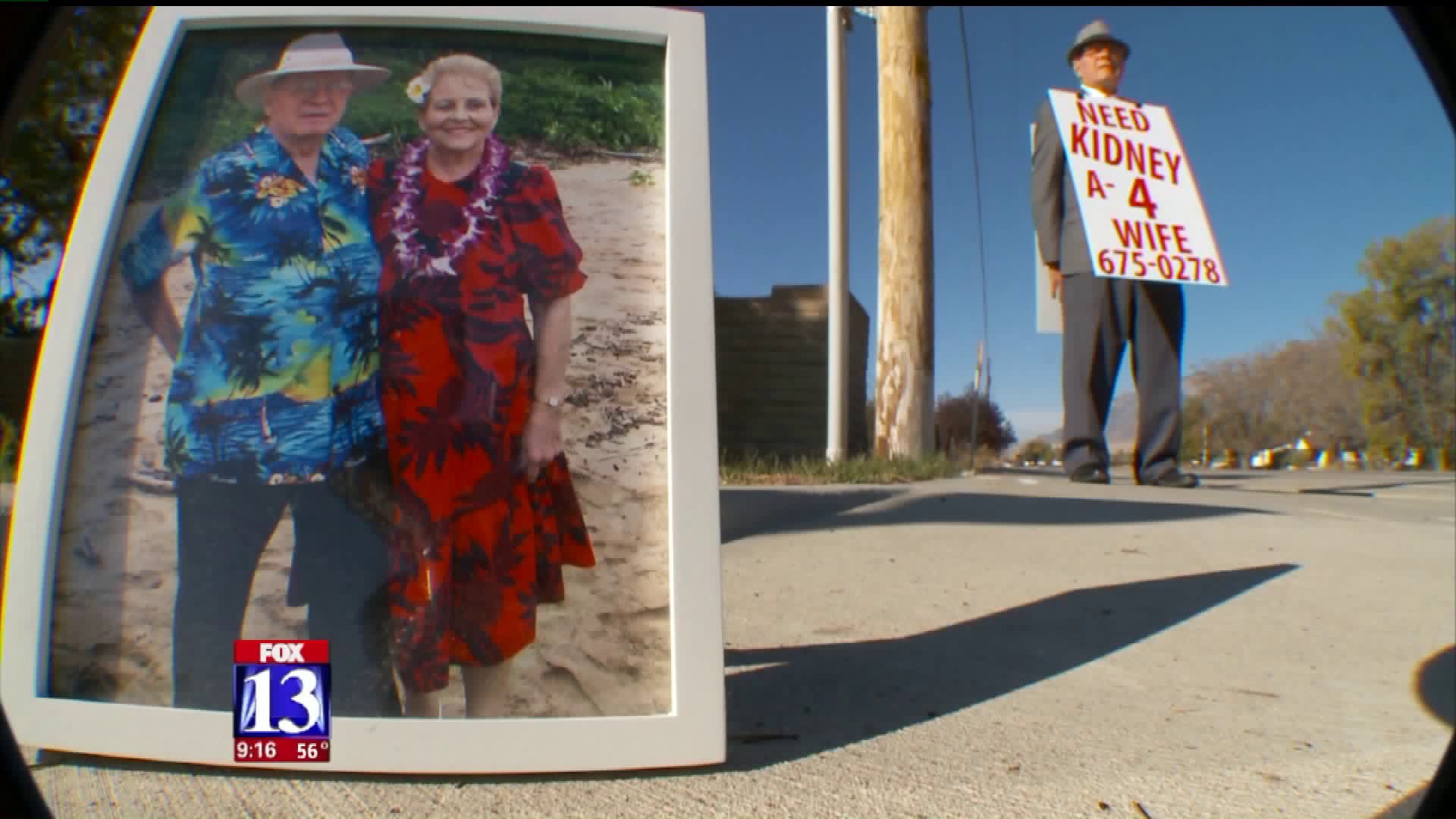 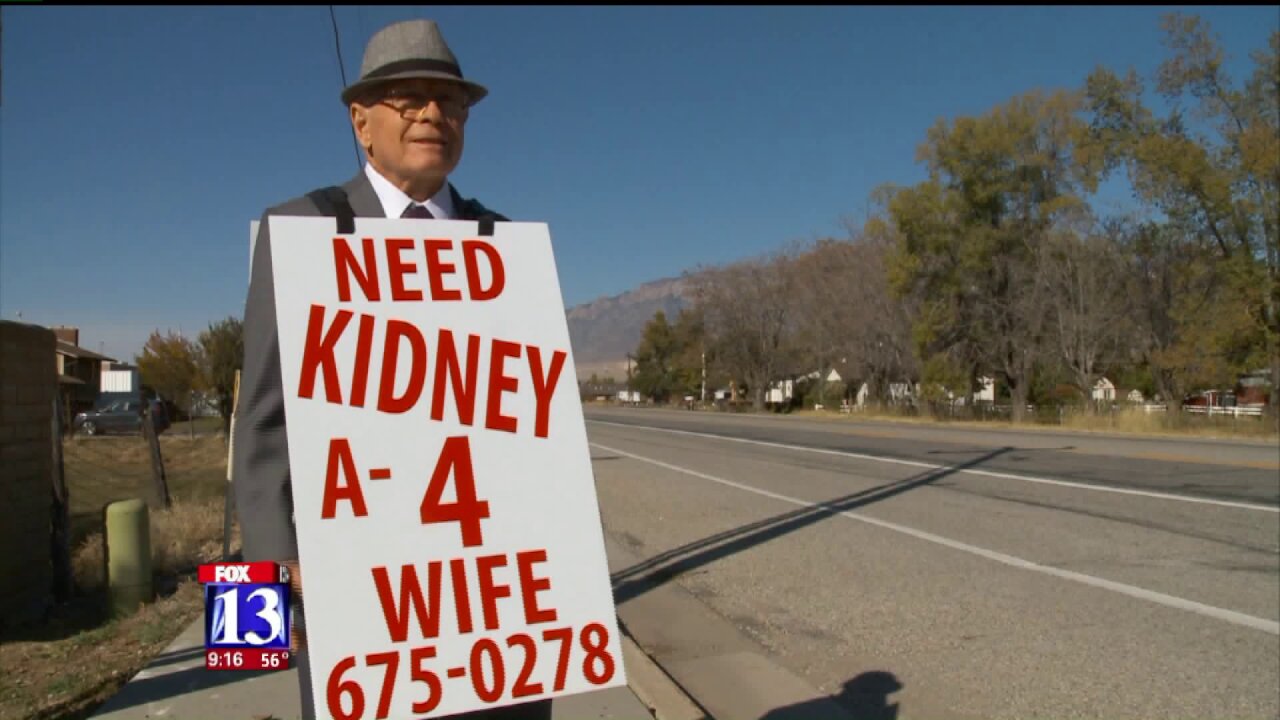 FARR WEST, Utah -- A 74-year-old man is walking for miles a day on a mission to add time to his wife's life.

He's spreading his message by wearing a sandwich board, and it's gaining the attention of drivers and thousands of others online.

Wayne Winters started this journey just three days ago, walking busy streets near his home in Farr West to help his wife find a kidney. He said he is already overwhelmed by those who want to help.

But with every step he takes and every car that passes, he gets closer to his goal.

“I’m trying to get a kidney for my wife,” Wayne said. “My wife has stage 5 kidney failure. She's on dialysis and she doesn't like it, it's horrible.”

Wayne found the love of his life 26 years ago. Now he's on the search to find her a kidney while Deanne undergoes dialysis.

“It's really hard today, this is the worst I’ve ever seen her; she don't look good,” Winters said.

Winters got the idea of using a sandwich board after seeing a story online about another man who did the same thing and got national attention for his search.

“I thought, I can do this,” Winters said.

So Winters hit the streets.

“Look at this road, how busy it is from 3 to 6 o'clock; it’s just like this, I don't know which way to face so I just walk up and down,” Winters said.

Red letters spell out the plea for his wife and the hundreds of people in Utah also in need of a kidney. Wayne says rush hour is his favorite time.

“They're slowed down, they can look at my sign, they can't go home in a hurry,” he said with a laugh.

On the first day, Winters had a man stop saying he would see if he was a match for Deanne.

“I say 'Deanne, I think we have a good chance of getting you a kidney,'" Winters said.

But until it's for sure, Winters will keep searching.

“After I get a kidney I will have my wife back the way she was, normal, helping people, loving people; she likes to serve other people,” Winters said.

Winters says he's overwhelmed with all the support.

Finding a match isn't an easy process but he says even when he gets a donor for his wife he won't stop trying to get people to donate kidneys. He now says this is his life mission.

For more information about donating a kidney, visit kidney.org. To help Winters with his efforts, call 801-675-0278