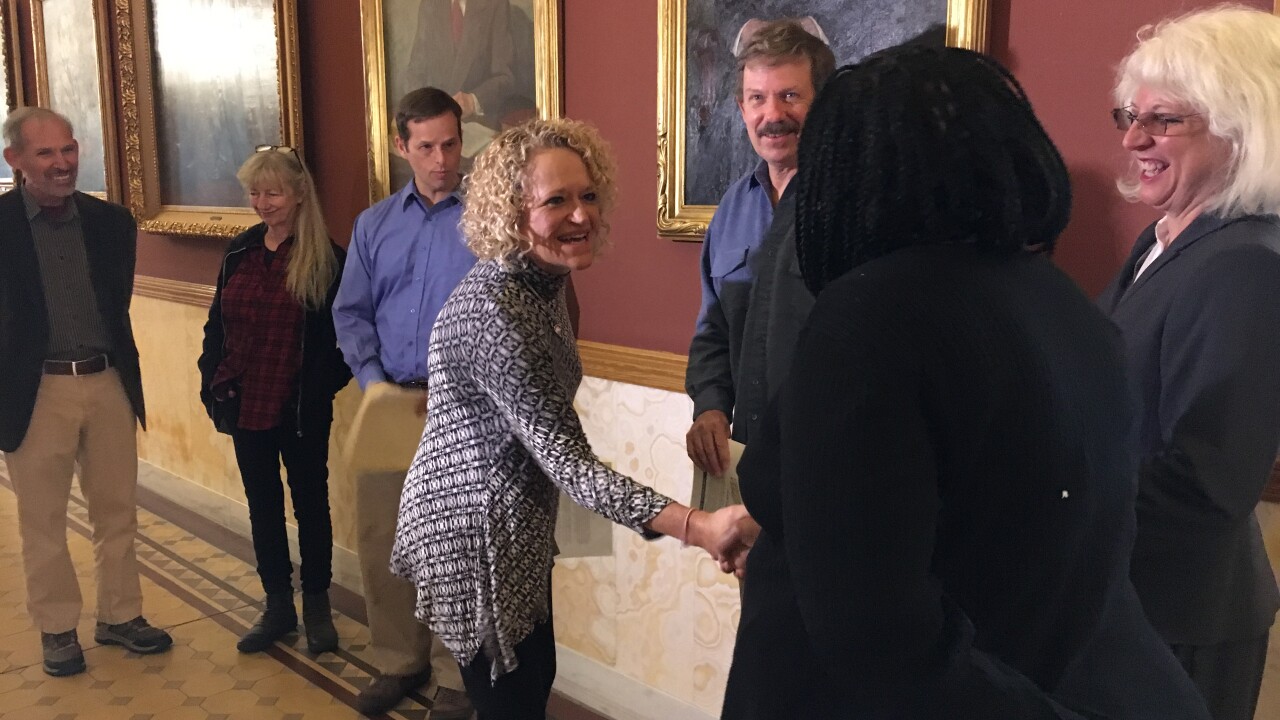 SALT LAKE CITY — Dozens of religious leaders and advocates for the poor have penned a letter to Utah’s political leaders, worrying that tight deadlines for new housing and new homeless shelters will leave more people sleeping on the streets.

Members of the Coalition of Religious Communities hand-delivered the letter to Salt Lake City Mayor Jackie Biskupski on Monday. They also praised her for pushing to spend nearly $22 million on more affordable housing projects in the city.

“It really is time that we get some projects under way that will help us make sure that come June 2019, we have real housing opportunities for those who are experiencing homelessness,” the mayor said, meeting with the religious leaders and advocates.

A series of construction deadlines have religious leaders worried. The Road Home Shelter downtown must close by June 30, 2019. Some of the newer shelters will be open by then — but with 400 fewer beds. If there aren’t affordable housing solutions available to keep people from becoming homeless in the first place, the religious leaders said they feared families with children will be forced to spend a winter in their cars or on the streets.

“I am very much afraid of this deadline not being met and if things close, the solution becomes an exacerbation of the problem,” Rev. Vinnetta Golphin-Wilkerson of Granger Community Christian Church said as she shook Mayor Bisksupski’s hand.

“It does,” the mayor replied.

The mayor told reporters she believes the Salt Lake City Council will act quickly to fund the affordable housing developments and they can begin designs this winter and construction early next year. The city council previously has declared an affordable housing crisis in the city, with wages not keeping up with rising rents.

Bill Tibbitts with Crossroads Urban Center said if more housing and shelters aren’t ready, downtown homeless shelters should not close in 2019. Tibbitts said affordable housing has been lost in the action on homelessness with “Operation Rio Grande.”

“We’re not going to let this go,” he told FOX 13. “This is too important. If there’s one thing we can agree on, it’s we don’t turn families with kids away at the shelter and having them sleeping in cars in the winter.”

Read the letter from the Coalition of Religious Communities here: