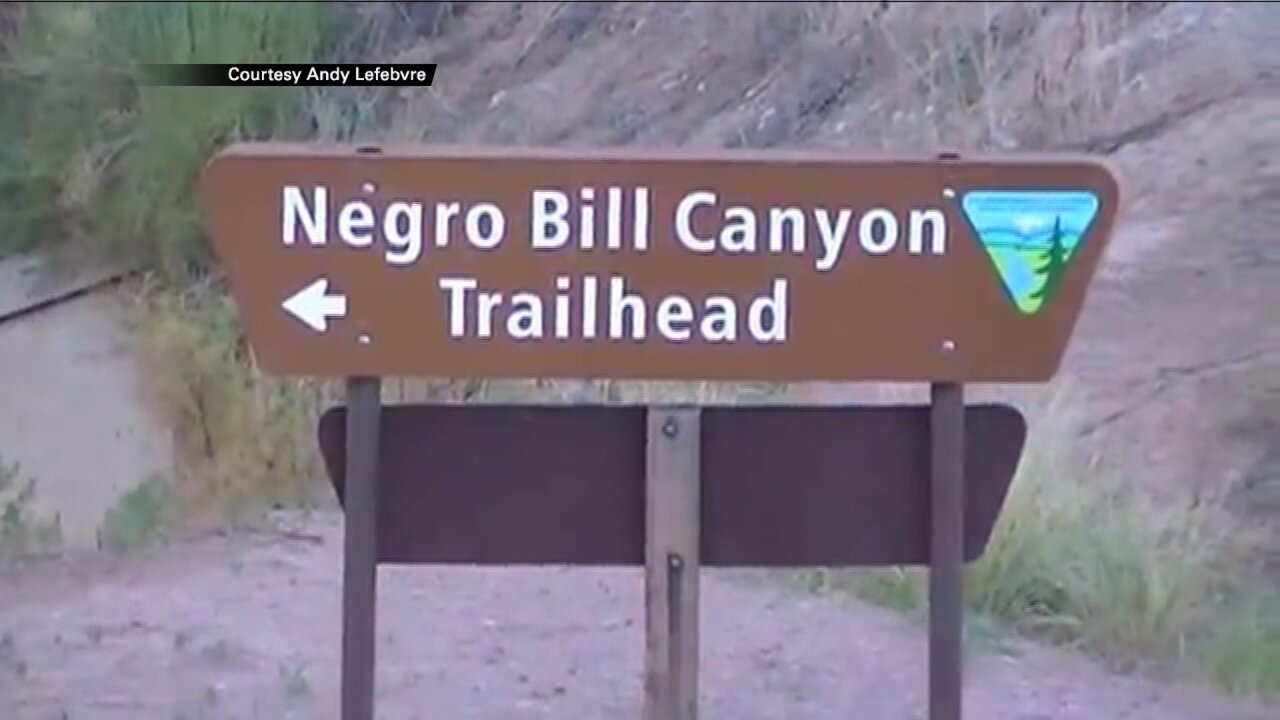 Signage at Negro Bill Canyon prior to the change in name and signage.

MOAB, Utah — The NAACP in Salt Lake City responded Thursday after the U.S. Board of Geographic Names voted to rename Negro Bill Canyon.

The recreation area northeast of Moab will now be known as Grandstaff Canyon. The name will be updated in the BGN’s official database and the Geographic Names Information System within the next few days.

An email from the BGN states the name change was passed with 12 votes for, 0 against and one abstention.

Jeanetta Williams, President of the Salt Lake City Chapter of the NAACP, issued a statement Thursday saying they are disappointed with the change and that they hope steps will be taken to preserve the history of the canyon and the man it was named for.

“The NAACP received word this morning that the US Board of Geographic Names changed the name of Negro bill canyon to grand staff canyon. Of course, we are disappointed, because our intent is to let people know that Negro is not an offensive word like some people were saying. What the NAACP want to make sure is that the history of the Negro bill canyon is not lost. The NAACP would like to make sure that literature is provided to visitors that come into the canyon area, as well as the state of Utah about the history of Negro bill canyon.”​

The canyon is named for William Grandstaff, a black cowboy who ran cattle in the canyon in the 1870s. Grandstaff was known as “Negro Bill.”