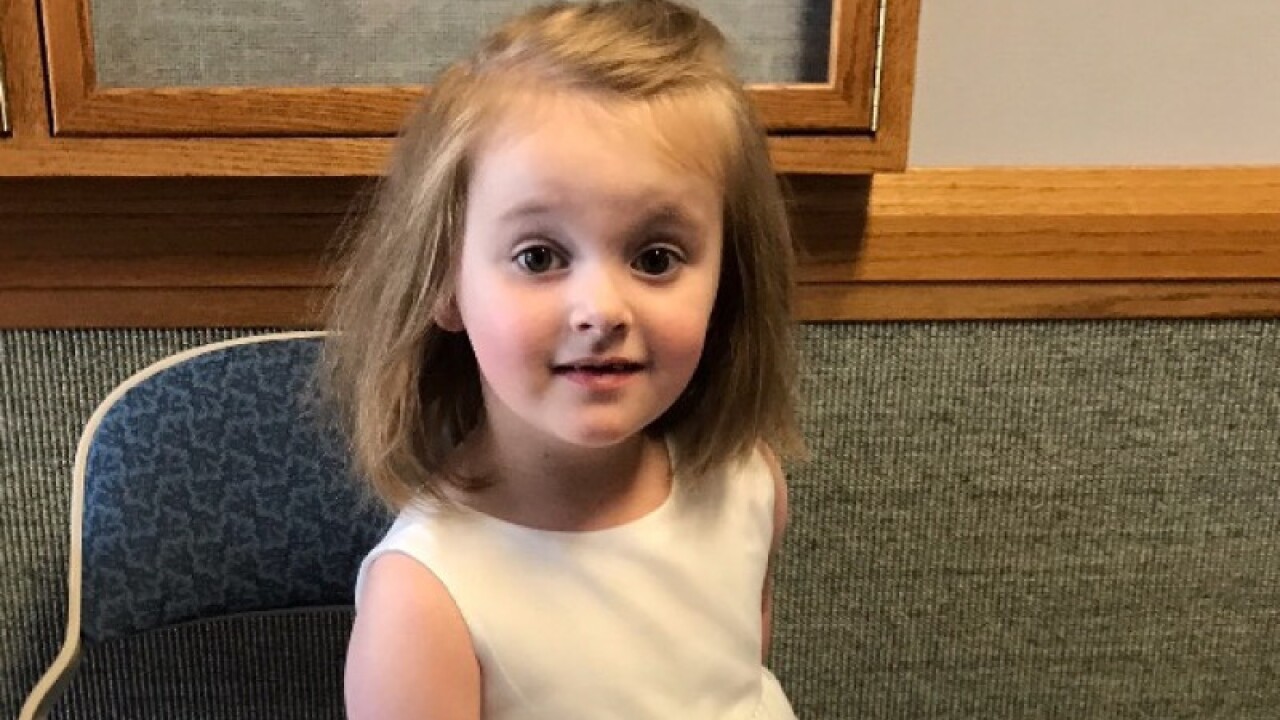 “We were met in the parking lot by two Salt Lake City Police Officers who were very gracious in sharing the news,” said Kevin Johanson, Lila’s grandfather. “She's a very pure spirit and a very special spirit that we got to have,”

It was around 10 o’clock on 27th South when police say Lila’s mother, Alexa Johanson, was driving west, veered in the opposite lanes, jumped a curb and hit a tree.

“They didn't stop trying to revive her until they got her to the emergency room,” Kevin Johanson said.

But the crash took little Lila's life. Emergency responders told Lila's grandparents she was fastened into the backseat of the car properly and likely died on impact.

“We take that as comfort thinking she was ready to go,” Kevin Johanson said.

Now a small memorial is growing where the car crashed, and Lila's father is coping with the reality his little girl is gone.

“I’ve lost the most important person in my life,” said Garret Williams, Lila’s father. “There's so many cliche things you can say, the light of your life, but she really was. I could walk in from the worst day of my life and it would turn into the best day of my life, and I just want people to walk away knowing that about her.”

Lila’s dad said she was outgoing and loving, enjoyed music, and dreamed of becoming an astronaut.

“She was a very special child and I couldn't be more grateful for the time I had with her,” Williams said.

Little Lila made a powerful impact on everyone she met.

“Lila in her four years brought so much joy into our lives, and we're so blessed to have her this amount of time, and we're going to miss her and just take it one day at a time I guess,” said Leeann Johanson, Lila’s grandmother.

Alexa's parents say she can't remember what happened but say she has had seizures in the past.

Police don't believe speed was a factor. They'll be investigating the crash for weeks. Alexa will be in the hospital for weeks recovering from several broken and shattered bones.

A GoFundMe page has been created to help the family with funeral and medical expenses.