Authorities and nurses practice response in an active shooter scenario 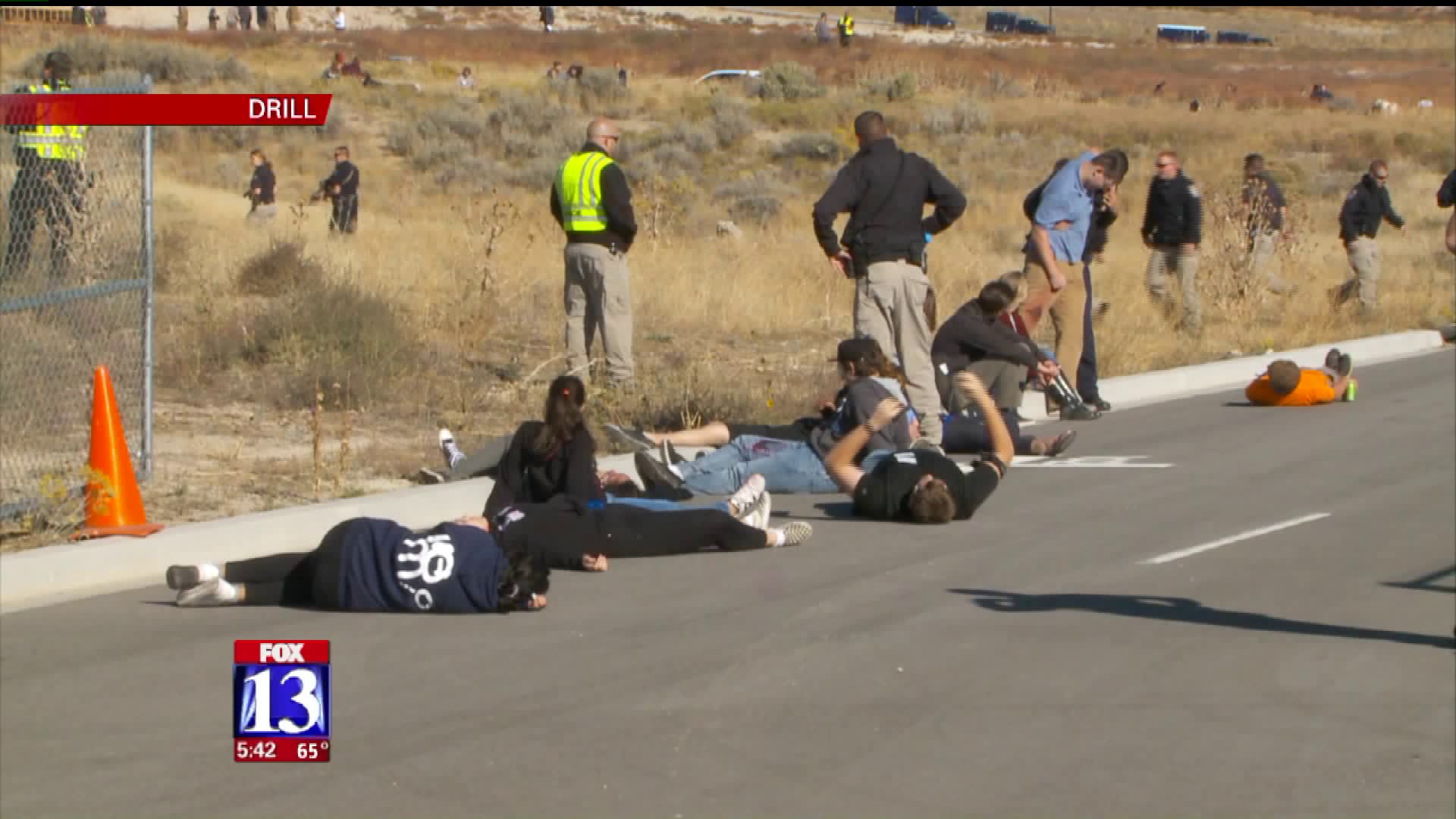 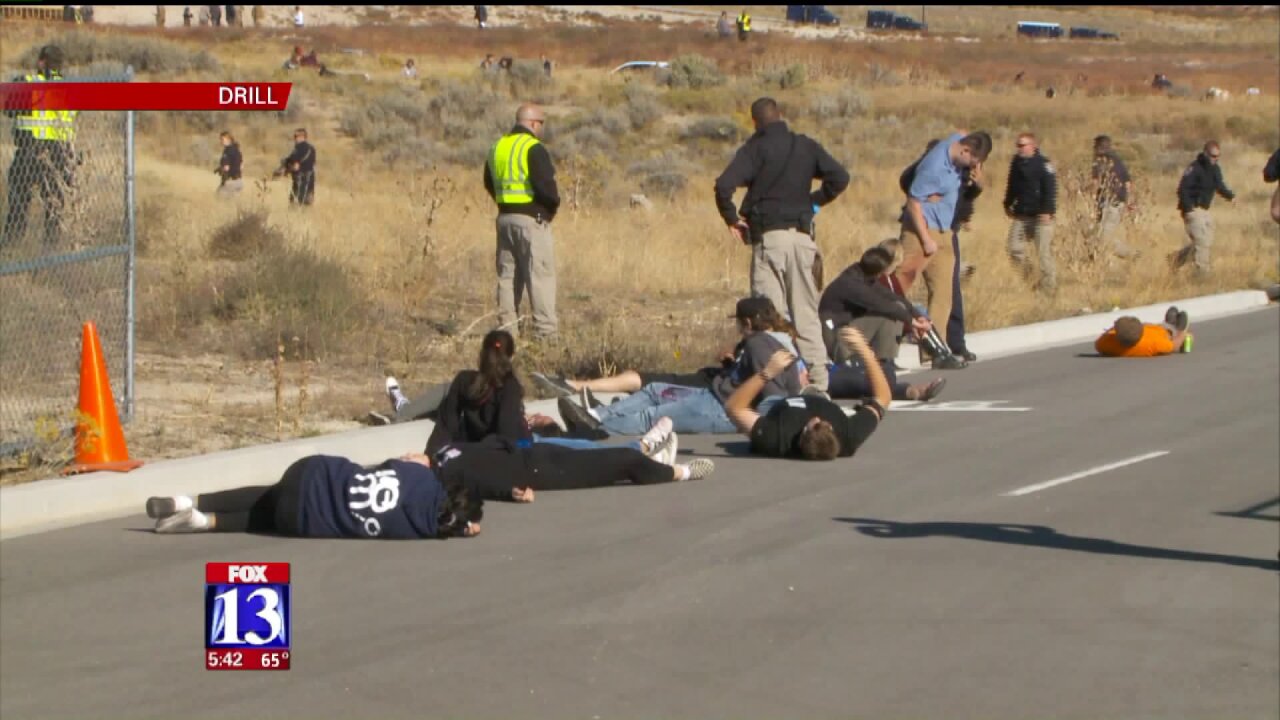 MILLCREEK, Utah - Anyone near Camp Williams or St. Marks Hospital  near Millcreek Tuesday may have heard gunshots, seen ambulances and people with severe injuries. This was all an active shooter drill.

The Salt Lake Valley fire chiefs organized a training for a mass casualty active shooter situation Tuesday. The purpose of the drill was for first respondents to be prepared if something were to happen in Utah.

“It’s based on what we have been seeing across the nation and across the world,” said Utah Highway Patrol Lieutenant Todd Royce. “A single vehicle going into a crowd of people, then you see an active shooter.”

More than 100 people participated. Actors dressed up as protesters who were run over by the driver of a black SUV. The driver then ran off, and climbed into nearby trees and started shooting. Radio communications alerted law enforcement of what was happening.  Victims painted with blood and gunshot wounds screamed for help from respondents.

“The biggest thing for law enforcement is to neutralize that threat,” explained Royce. “That’s going to be their main focus- you’ll see them going passed injured or fatal victims, and they are going right to the active shooter.”

Royce said these drills and training sessions with active shooters have changed over the years.

“Back before Columbine happened, it was set up a perimeter, and sit and wait for tactical teams to come in, but in an active shooter situation that has changed (now),” Royce said.

“With the recent events in Las Vegas, it made it much more intense,” said Chief Nursing Officer Sandy Osmond. “It's home for many of our staff. We have sister hospitals in Vegas. We have heard first-hand stories of the carnage that happened there.”

She said she is proud of the immediate action by her trauma team when the victims arrived in droves at the ER.

The drill was not in response to the Las Vegas mass deadly shooting just over one week ago. It has been planned for over a year.