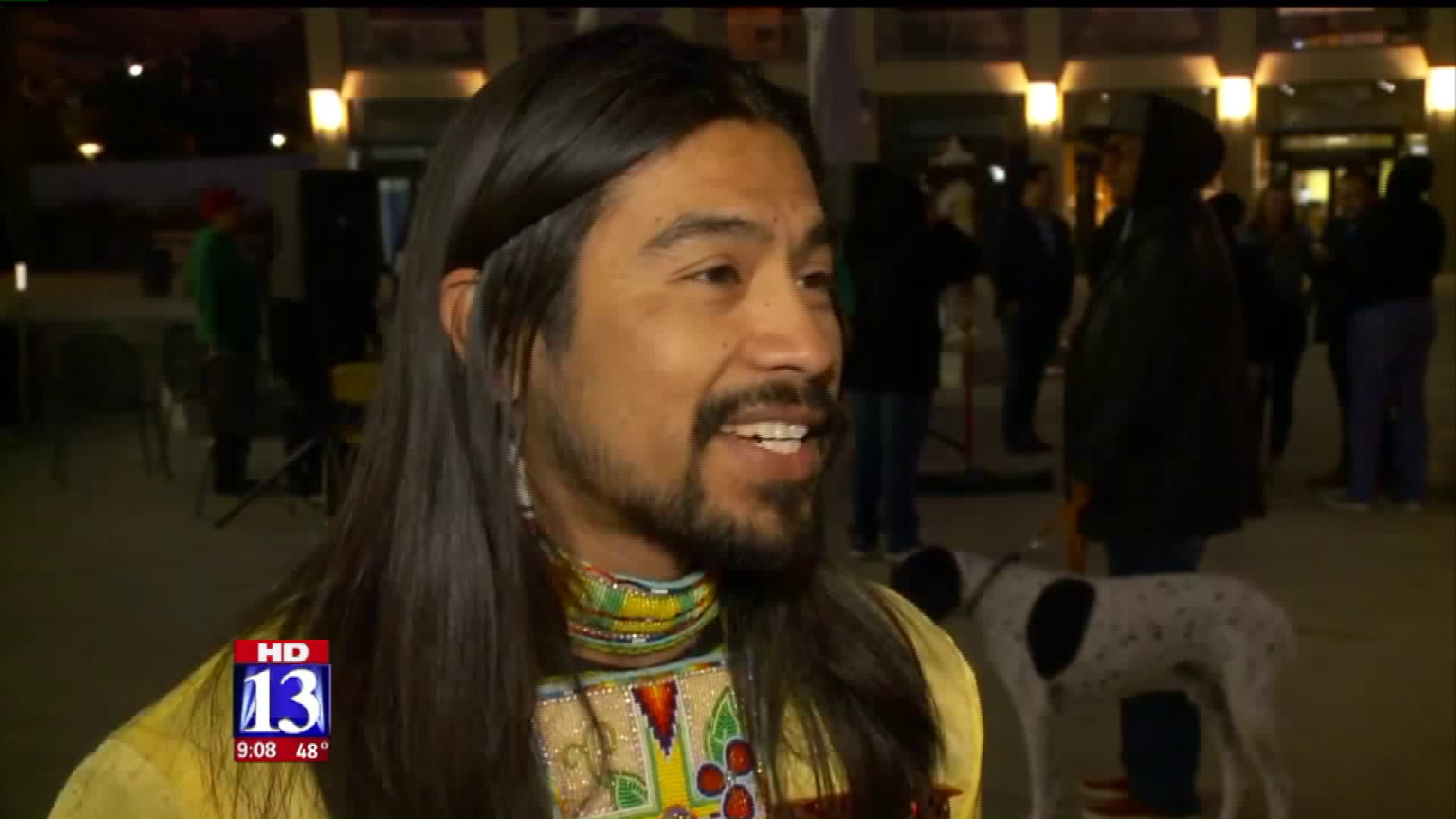 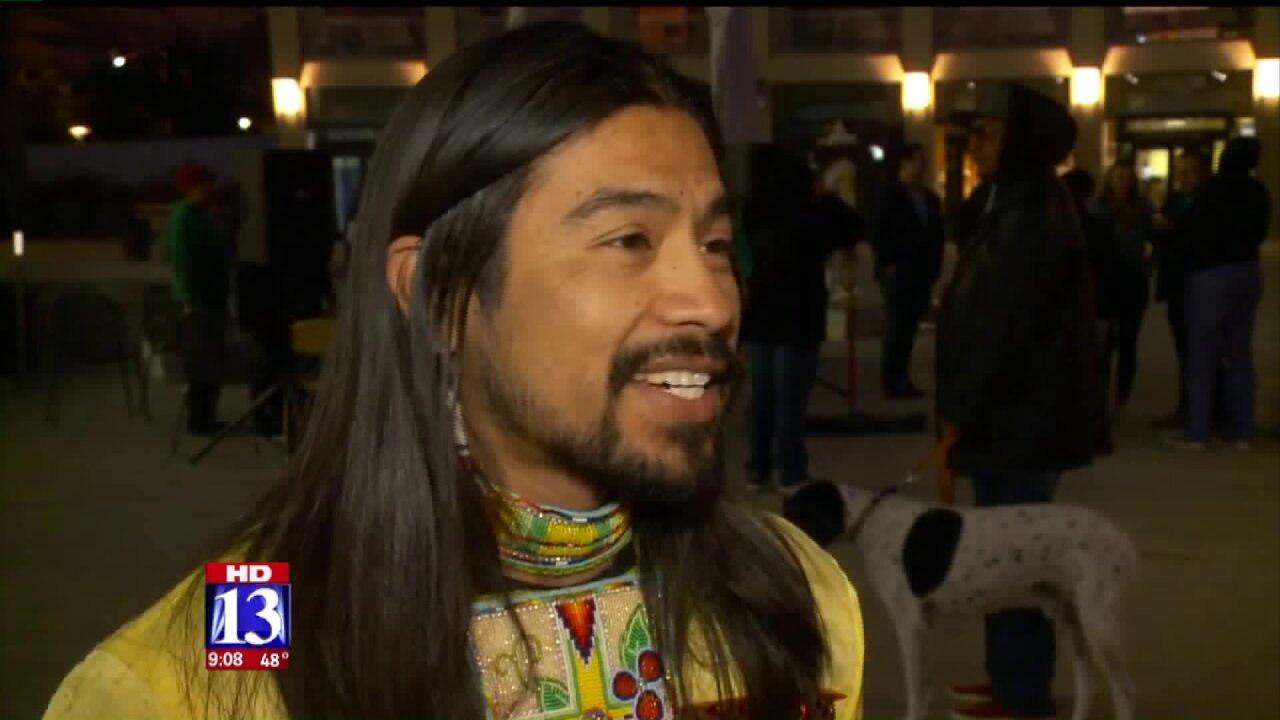 SALT LAKE CITY — Officials have declared the second Monday of October to be recognized as Indigenous Peoples' Day as well as Columbus Day.

A small group of people gathered Monday to celebrate outside the Salt Lake City Public Library, and filled the courtyard with the echo of drums and singing.

“Every day is Indian day you know. As long as you’re alive, you know, walking the earth," said Butch Russell, who is both Apache and Yavapai. Russell lead the prayer at the beginning of the celebration, as is custom for most Native American events.

Members of a handful of tribes attended to celebrate, including Hopi, Chemehuevi, Apache, Yavapai and Navajo. Still they are all one family, said Carl Moore, Chair of Peaceful Advocates for Native Dialogue and Organizing Support.

“It’s one small victory," Moore said of the designation. "It’s a victory for sure but we need many more victories as we move forward. We need victories in just basic human rights and human dignity.”

For an hour and a half Monday evening, people danced, sang and shared stories of why recognizing the day as Indigenous Peoples' Day is so important to them. Moore wondered why people would celebrate Columbus Day, someone who in his culture is viewed as what Moore called a "maniac."

“Why would we celebrate someone who has brought so much hardship to so many people?" Moore asked. He explained Columbus brought the concepts of slavery and capitalism to America, something he said indigenous people did not need.  Moore said Columbus also brought disease, and played a large part in killing many indigenous people.

With this designation, Moore has hope. Seeing two girls dance a "shawl dance," and one dance a "jingle dress dance," made him and the group that gathered smile.

Russell said he makes a point to teach his kids and others to carry on tradition.

"We lead by example. You know when the kids come like this, they see what’s going on so maybe some day when they grow up they’ll be able to do the same thing that we’re doing here," Russell said.

Others like the Italian Americans Civic League want to preserve the celebration of only Columbus Day. They said Columbus Day represents their culture and struggle. They sent FOX 13 this statement:

"When the intrepid Renaissance explorer Christopher Columbus ventured forth to cross the Atlantic over five hundred years ago, little did he realize that his voyage would unite two vastly different worlds, each with unique ethnic groups and customs that blended to create a new history of cultural diversification.

Many of our families arrived in Utah in the early and mid-1900’s, crossing the same ocean Columbus crossed. They struggled tirelessly through discrimination and without government assistance, learned the language, served their adopted country in the armed forces and became proud, loyal citizens. To reject Columbus is to reject a holiday we hold so dear to Italian culture and our story. We were a disenfranchised group for many years and the founding of Columbus Day allowed us as Italians to have something to be proud of and enabled us to mainstream our culture into American society as thousands of Americans would celebrate Columbus as a hero. This allowed us to be finally accepted into America after decades of isolation and discrimination.

We are justly proud of our Italian heritage and we know our Native American brothers and sisters are equally proud of theirs. We must not and cannot favor one at the cost of the other. We believe Indigenous People should celebrate their culture and have their special day, on the Monday before Thanksgiving as in Utah law, but not at the expense of our day which was first celebrated in 1792 and President Harrison signed into law in 1892."

Moore said people are all from the same roots, so we should all come together. He said it is important to pray that people have good hearts and good will. For now they will keep moving forward, fighting for Indigenous Peoples' Day to be recognized on both the state and federal levels.