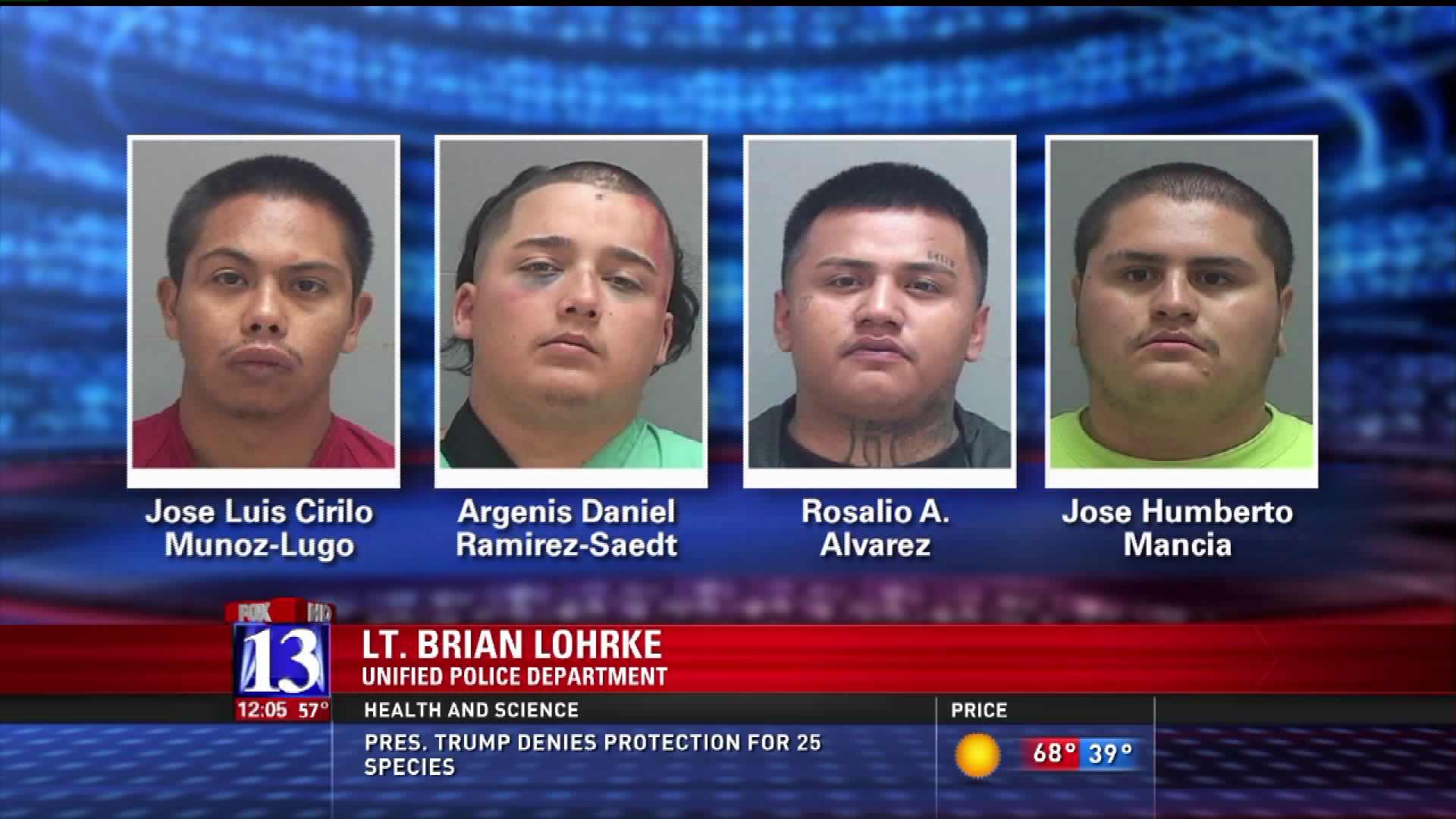 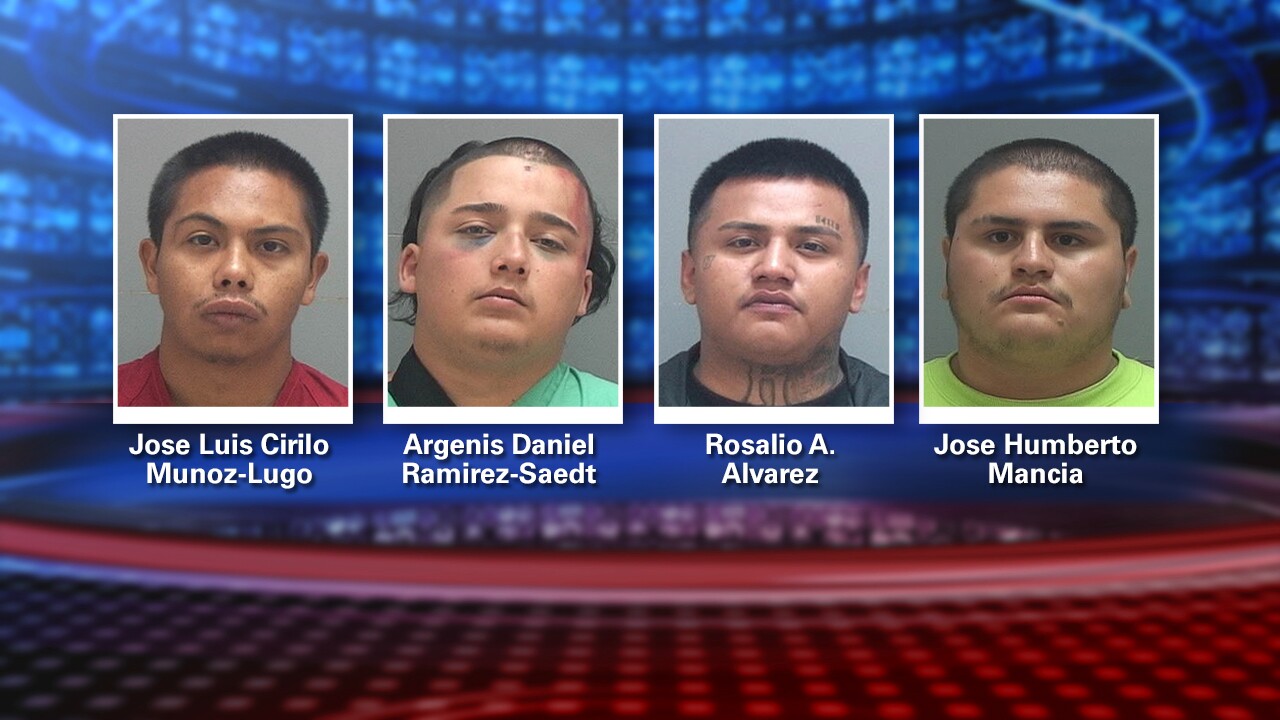 SALT LAKE CITY — Four suspects accused of causing a fatal crash as they fled from the scene of a drive-by shooting appeared in court Thursday.

The suspects, who are in custody at the Salt Lake County Metro Jail, appeared before a judge via closed circuit TV for a brief video arraignment.

Police said the four suspects were together in a Ford Raptor when they drove by a home on 5240 W in Kearns and opened fire. According to police, that home has known gang ties.

While trying to flee the scene, police said, the suspects drove through a stop sign without stopping and slammed into the vehicle carrying Pace and Woodward.

Police determined the Ford Raptor had been reported stolen out of Tooele the day before the crash, and the owner of the car also reported the theft of several handguns. Weapons believed to be those stolen handguns were found inside the car, including a .50 caliber Desert Eagle, a .45 caliber Sig Sauer and a .45 caliber Taurus. Police also located a 12 gauge shotgun in the car.

Ramirez-Saedt was located partially outside of the truck when police arrived at the scene of the crash, and Munoz-Lugo was arrested after being found walking on the street “dirty and apparently confused.”

Mancia and Alvarez fled the scene of the crash but were located hiding in a nearby yard.

Charging documents filed last month indicate Munoz-Lugo and Ramirez-Saedt, are documented members of a street gang that has a rivalry with the gang the home in question is connected to.

"We have to attack this problem at a very young age with these children. We're finding that these gangs are recruiting others [at a] very young age," said Lt. Brian Lohrke, Unified Police Department.

Mancia is charged with two counts of murder as first-degree felonies, felony discharge of a firearm, theft by receiving stolen property, and possession or use of a firearm by a restricted person. As a convicted felon, he is prohibited from having a firearm. He was transferred from juvenile detention and booked into the Salt Lake County Jail after charges were filed last month.

Alvarez is charged with two counts of murder as first-degree felonies and one count of felony discharge of a firearm.

Munoz-Lugo is charged with two counts of murder as first-degree felonies, felony discharge of a firearm, and theft by receiving stolen property.

Ramirez-Saedt is charged with two counts of murder as first-degree felonies, felony discharge of a firearm, and theft by receiving stolen property.