U of U introduces members of varsity esports team 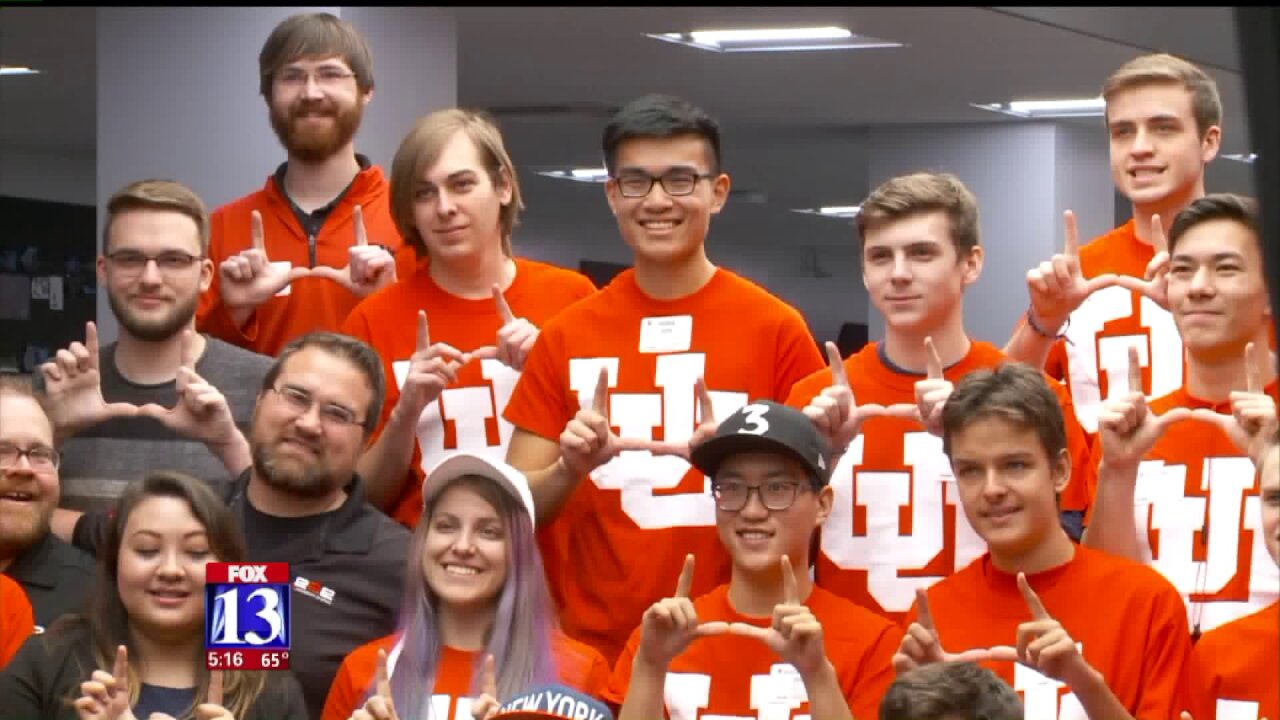 “It’s an adrenaline rush when everyone’s screaming and calling your name,” said Michael Swisher, or "Swish".

Swish and 34 other students make up a team of coaches and players that will be getting $1,000 scholarships for playing online video games. The games include “Overwatch,” “League of Legends,” “Rocket League,” and “Hearthstone.”

“We are the first football school to announce it,” said AJ Dimick, director of esports operations for Entertainment Arts & Engineering.

Dimick says no other university in a major power conference has added a team yet.

“We are at the forefront of gaming and have been as long as there’s been video games,” Dimick added.

He’s right about that. In the same room that the U of U made their announcement Wednesday sat a "Pong" video game machine. The creator of the game is a U of U alumnus.

The U of U team will play against programs from about 50 other schools around the country, and some of those matches will involve travel.

“That’s like the pinnacle of esports competition is to play together on a LAN [local area network] connection,” Swisher said.

Students on the team tend to play about 10-20 hours a week, and are required to work out as well.

“We call them student athletes,” Dimick said. “They are a team. They have positions. They have a training facility, study film, a nutritionist, and go to the gym together.”

But they don’t just play the games, many of the students make them too. Swisher is a computer scientist who recently helped develop a game that works to identify people who have depression.

“We have an entire lab that is dedicated to medical games and applications,” Dimick said.