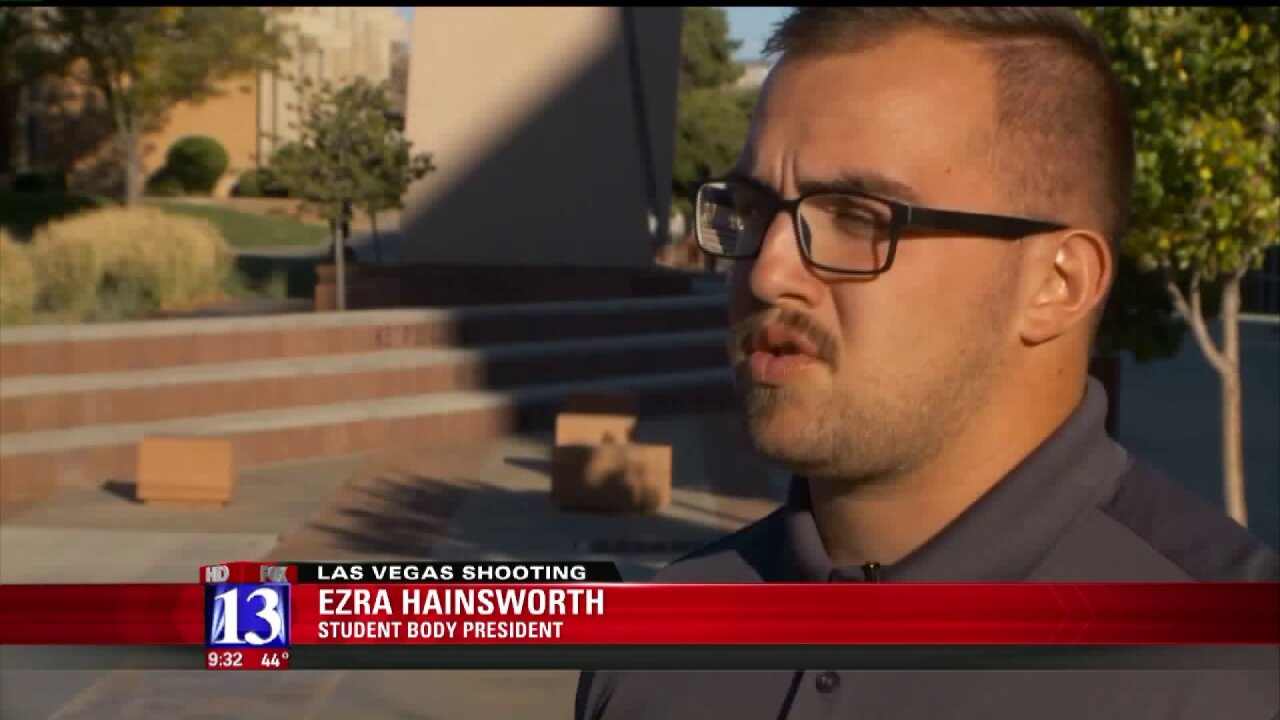 "It got to the point to where I was afraid to check my phone. I wasn’t answering phone calls because I’m like you don’t want to receive another call after hearing not one, not two but three and four different deaths plus the other injuries," said Abrams.

University Senior Liz Rinehart is one of hundreds of injured victims.  Her roommate Teddie Lynn Sevy found out that Rinehart was shot in the leg on social media.

"Her mom posted something saying my daughter was in the shooting last night, and I didn’t read any further. I was like, 'oh my gosh.' My heart just stopped," said Sevy.

Thankfully Rinehart is expected to make a full recovery.

"I texted Liz thinking she wouldn’t text me back, but she did and she was like, 'I’m okay, my family’s here,'" said Sevy.

"We get a lot of great students from Vegas and we want them to know as a school that we support them in this time of need," said Hainsworth.  "We're here for emotional support, mental support. We just want to let them know that if they need a shoulder to cry on then were more than willing to do that for them,"

"You want to ask the question why. You want answers that you just don’t have right now," said Abrams.

Counselors are on hand at DSU providing students with support as they deal with this unimaginable loss.