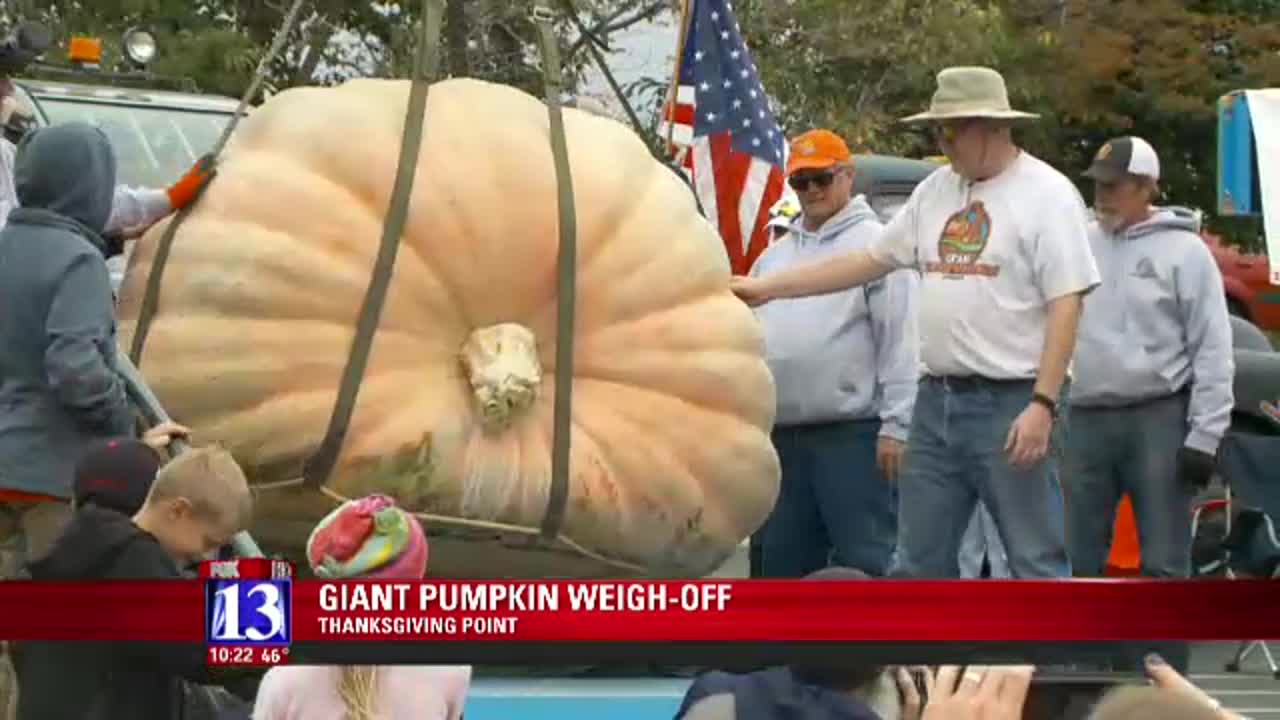 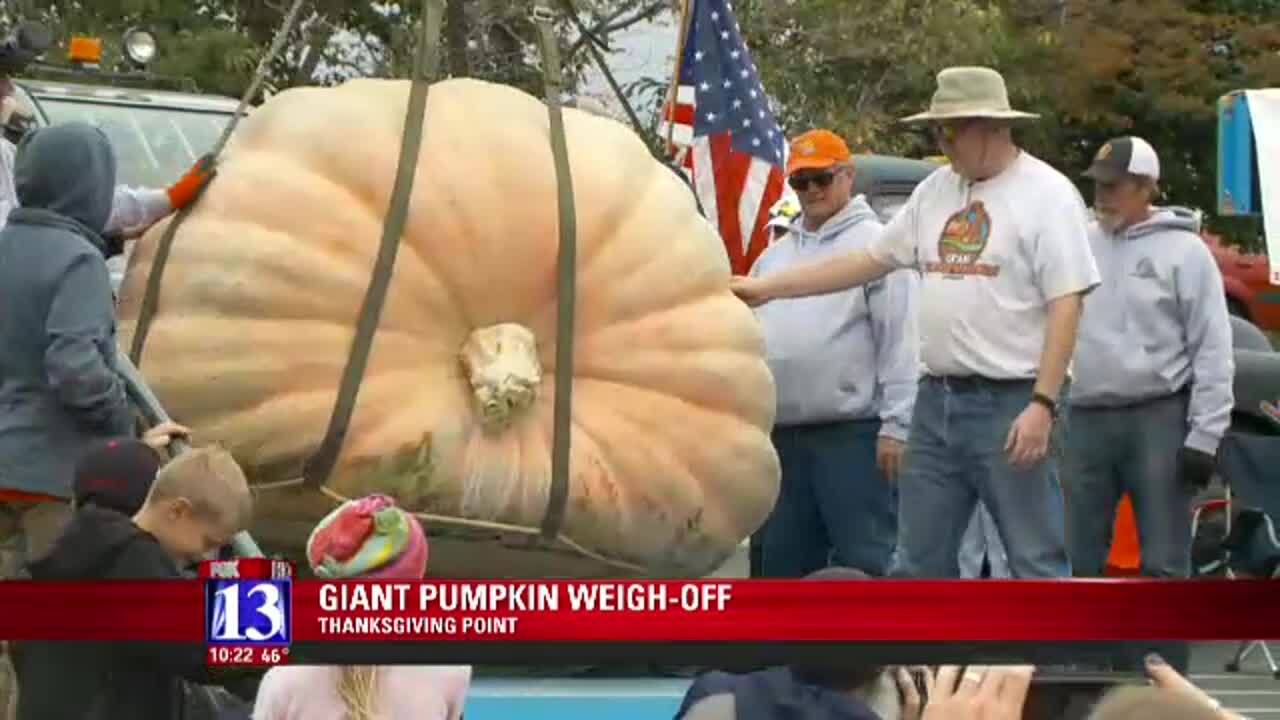 LEHI, Utah — Growers of the biggest pumpkins in the state brought the fruits of their labors to Thanksgiving Point for the

Midway resident Matt McConkie, who broke the record for Utah's largest pumpkin in 2014, set a new record this year with a pumpkin weighing 1,973 pounds.

"It's a real science. People know a lot about these giant pumpkins from the genealogy of the seeds to the soil chemistry and to what they feed them. There's a lot that goes into them. But, on the other hand, if you get the right seed, anyone with a garden in their backyard can grow a huge pumpkin without crazy amounts of effort or time," McConkie said.