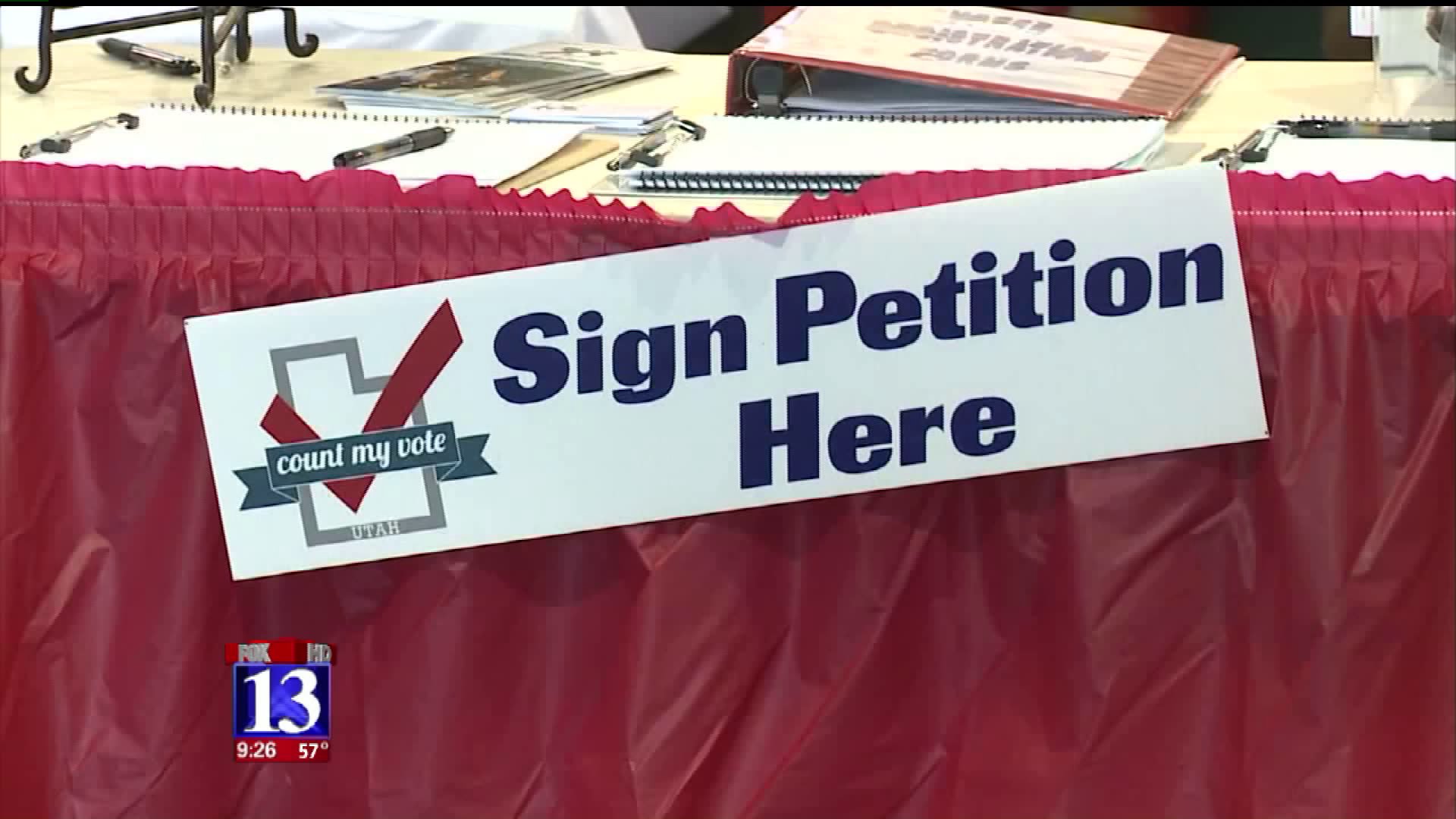 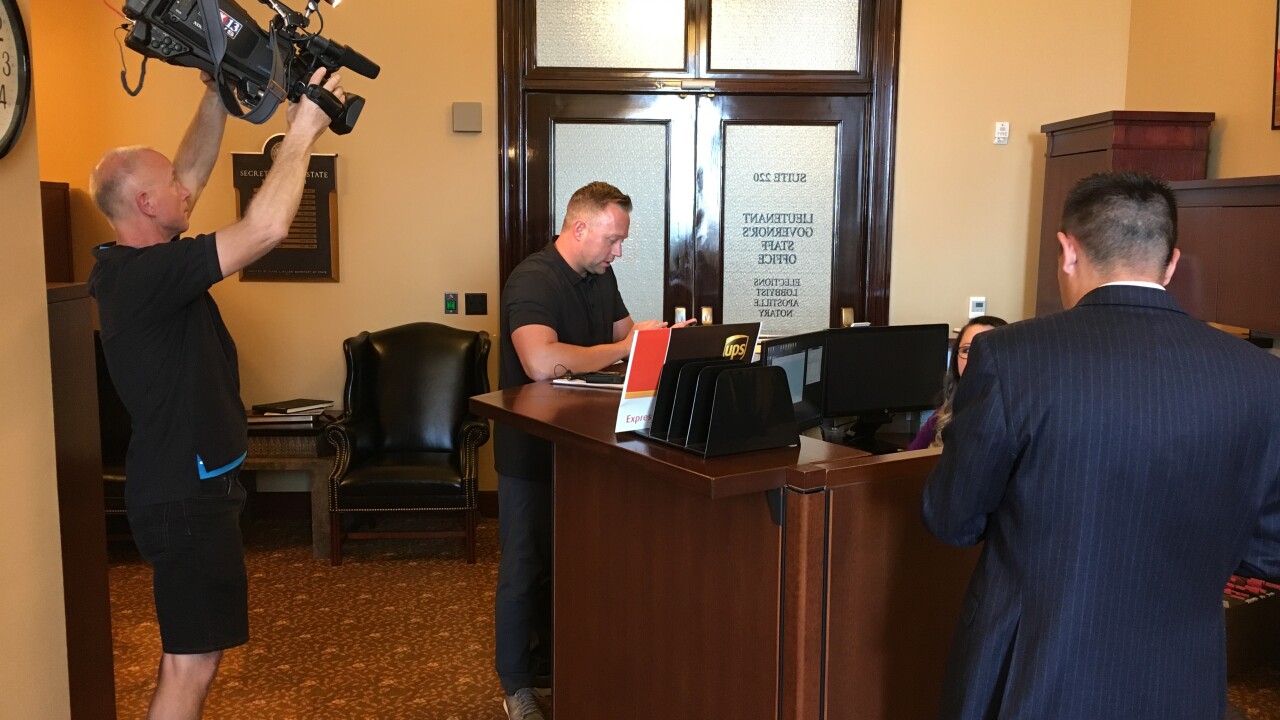 SALT LAKE CITY -- A citizen's initiative that would dramatically change how political candidates get on the ballot has been re-filed.

"Count My Vote" was filed with the Utah Lt. Governor's Office late Wednesday, re-igniting a political civil war that has led to years of litigation and left the Utah Republican Party deep in debt.

"Count My Vote 2.0" would eliminate the convention system for candidates who want a political party's nomination. Instead, candidates would gather signatures (clearing a 1% threshold) and voters would pick via a direct-primary election.

Count My Vote needs to be reviewed by the state with a fiscal impact statement, then they must hold public hearings and gather 113,000 signatures in order to qualify for the 2018 ballot.

In 2014, Count My Vote had polling in its favor for passage when a deal was struck with the Utah State Legislature to create a "dual path" for candidates to get on the ballot. Senate Bill 54 said candidates could go the path of the caucus-convention system, like parties preferred, or gather signatures.

Most recently, Governor Gary Herbert gathered signatures to ensure a spot on the ballot after losing at the Utah GOP convention. Provo Mayor John Curtis also gathered signatures to be in the 3rd Congressional District primary and is now the Republican candidate. Supporters of Count My Vote have claimed only candidates with extreme views emerge from conventions; opponents say the caucus/convention system ensures people who aren't rich can get on the ballot.

Rob Anderson, the newly elected chairman of the Utah GOP, speaks to delegates at the state convention on May 20, 2017. (Photo by Ben Winslow, FOX 13 News)

The Utah Republican Party sued the state (and its own flag-bearers) over SB54, arguing it violated their First Amendment right to free association in picking candidates. The legal fight has left the party nearly $500,000 in debt with many high-profile Republicans pulling donations. Earlier this week, the 10th U.S. Circuit Court of Appeals in Denver met to hear arguments.

If Count My Vote gets on the ballot and passes in 2018, it would wipe out SB54. The Utah Democratic Party, which also litigated against some aspects of SB54, said Wednesday it still prefers to keep the caucus and convention system.

"We recognize that many of our delegates are in favor of keeping the caucus system and we recognize parties have a right to nominate how they want. We just made that argument in Colorado," Utah Democratic Party Treasurer Crystal Young-Otterstrom told FOX 13. "But we're also in favor of the democratic process, so we're kind of in an 'all of the above.'"

Utah Republican Party Chairman Rob Anderson declined to comment until he had read the ballot initiative language. Phill Wright, a member of the party's central committee and a spokesman for Grassroots Republic, which is backing the caucus/convention system, vowed to fight Count My Vote.

"It’s absolutely insulting that a group of renegade, has-been Republicans who cannot get elected by the conservative delegates from our party band together and have the audacity to tell a private organization it can no longer function the way our governing documents dictate," he told FOX 13 on Wednesday.

The newly formed United Utah Party said it nominates candidates through a convention system, but would not resist change.

"Certainly the principle of broader inclusion of the electorate is something Utah desperately needs," said UUP chairman Richard Davis. "This is why we formed our party."

Libertarian Party of Utah chairman Dr. Joe Buchman said they had no position on Count My Vote.

"I don’t know if it makes it easier for Libertarians to run because it’s pretty easy to get through our convention," he told FOX 13, adding: "To the degree it's bankrupting the Utah Republican Party, well, we're not opposed to that."

Count My Vote is the latest ballot initiative seeking to get before voters next year. Referendums for medical marijuana, a tax hike for education and an independent redistricting commission are also gathering signatures.