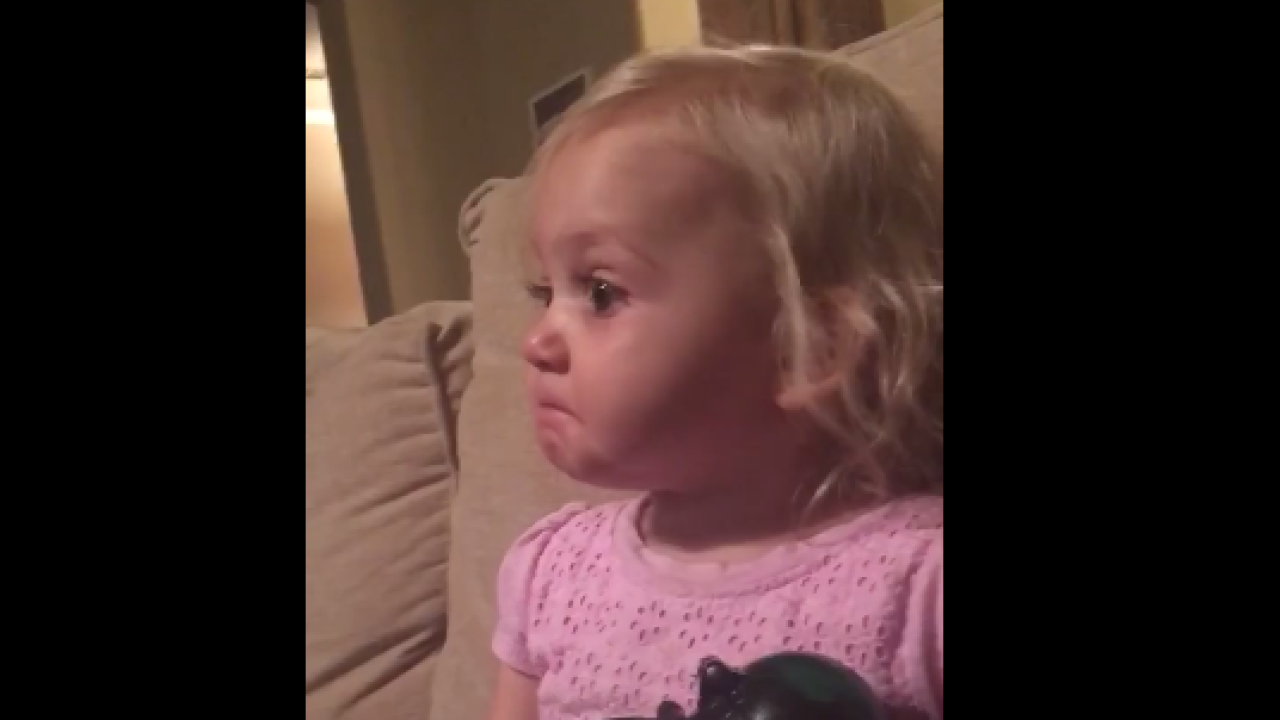 BROKEN ARROW, Okla. – A two-year-old girl’s reaction to a movie is making the internet emotional.

“He’s sad,” Jentree says through tears. “He fell off.”

Jentree then cheers for the dinosaur to get up.

Broderick’s video of her niece has gone viral, with about 2 million views on Facebook.

The little girl’s reaction to the movie made many social media users emotional.

My mom sent me this video of my 2 year old niece jentree watching a movie and crying because the dinosaur fell and lost his mom…my heart 😭 pic.twitter.com/sztF9ihQC9

This is the cutest, most purest & sweetest video I have ever seen. Her heart is so beautiful, oh my god. 😭❤️

Ole girl got me tearing up pic.twitter.com/HMCevAMfxE