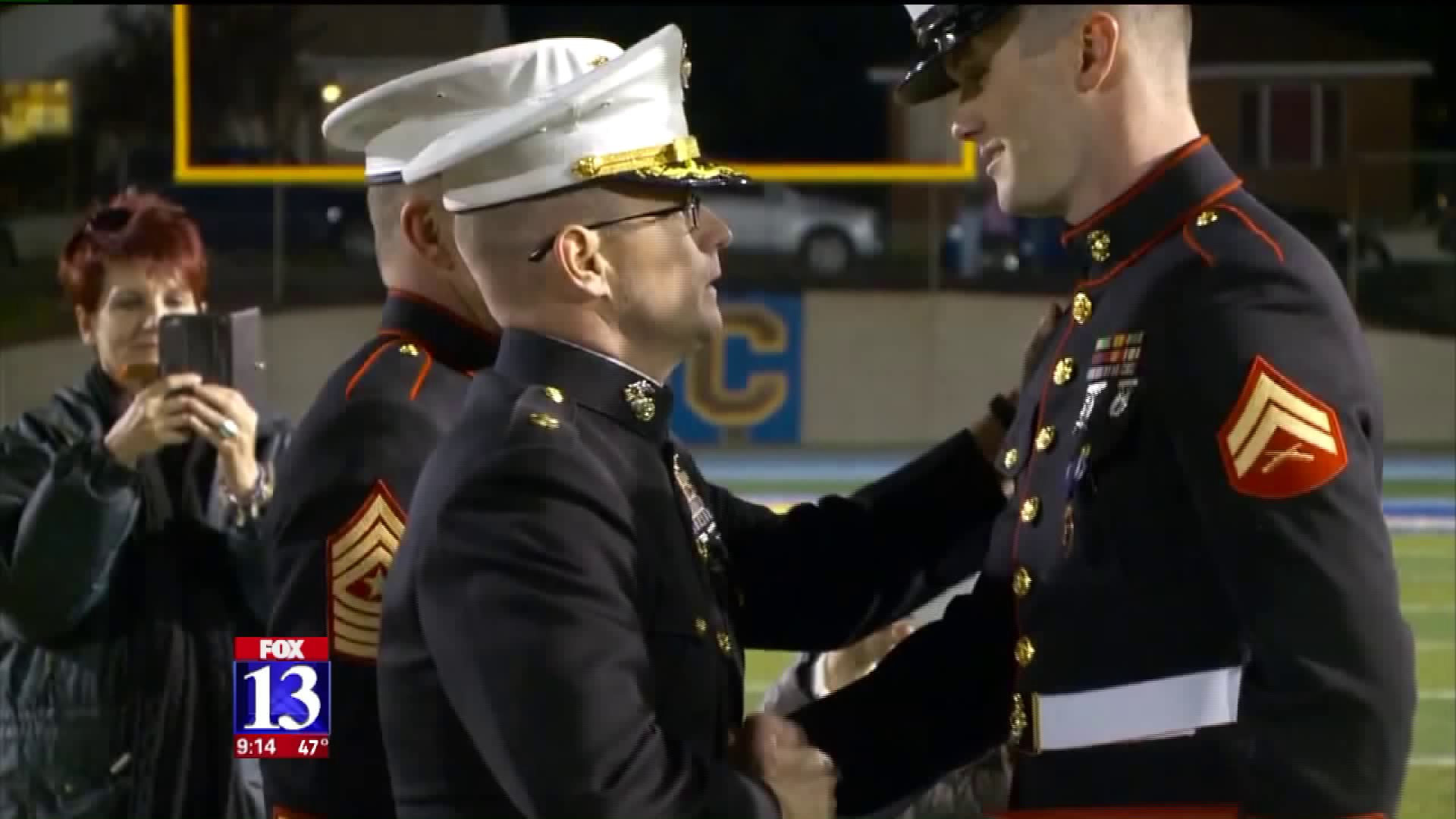 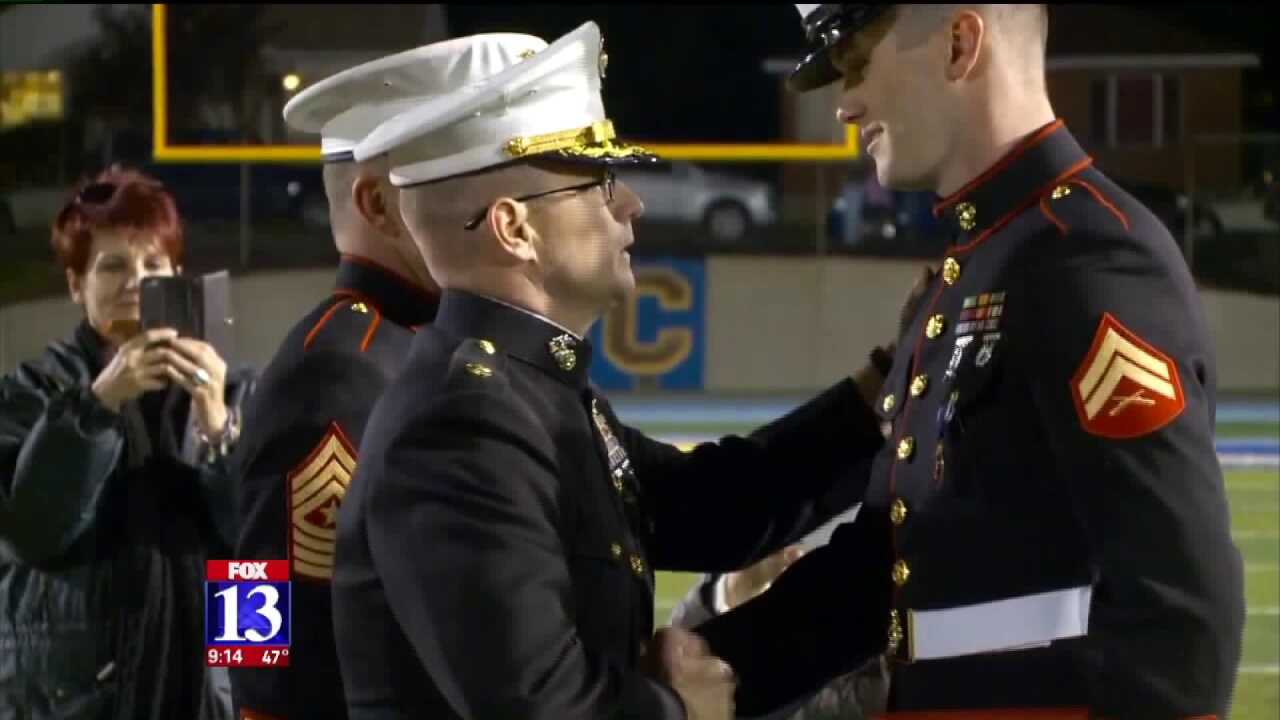 “I'm definitely emotional, but I'm a Marine: You're not going to see it," Angell said.

He said he is grateful for the honor.

“It's not something I was expecting to get or wanting to get, but I will carry it with pride,” Angell said.

Angell was wounded in action on August 16, 2004. He joined the military when he was 18, served three tours in Iraq, and in 2013 he was medically discharged because of a Traumatic Brain Injury.

“He's a great example of what our wounded warriors, what our wounded, ill and injured Marines, can do after coming home from overseas and combat deployments,” said Staff Sgt. Dean Sanchez, who was awarding the medal.

When Angell came home from service he had five surgeries, one where they implanted an electronic device in his head to control symptoms of TBI.

“My brain was injured, and I decided to use that as an advantage to keep going, so I pursued a degree in mathematics,” Angell said.

Now he focuses his lessons in the classroom on math and life.

Making a difference in students' education and lives.

“I have a lot of respect for him, I already did, but it's just so cool to see someone I know and I respect to be a hero,” said Melody Christman, one of Angell’s students.

Friday night was the first time in ten years he put on his military uniform, which is now decorated with a badge of honor.

“It's definitely tight, but it was humbling, clean-shaven you put on the blues, you look at yourself in the mirror and that sense of pride comes back,” Angell said. “And you realize you never lost it.”