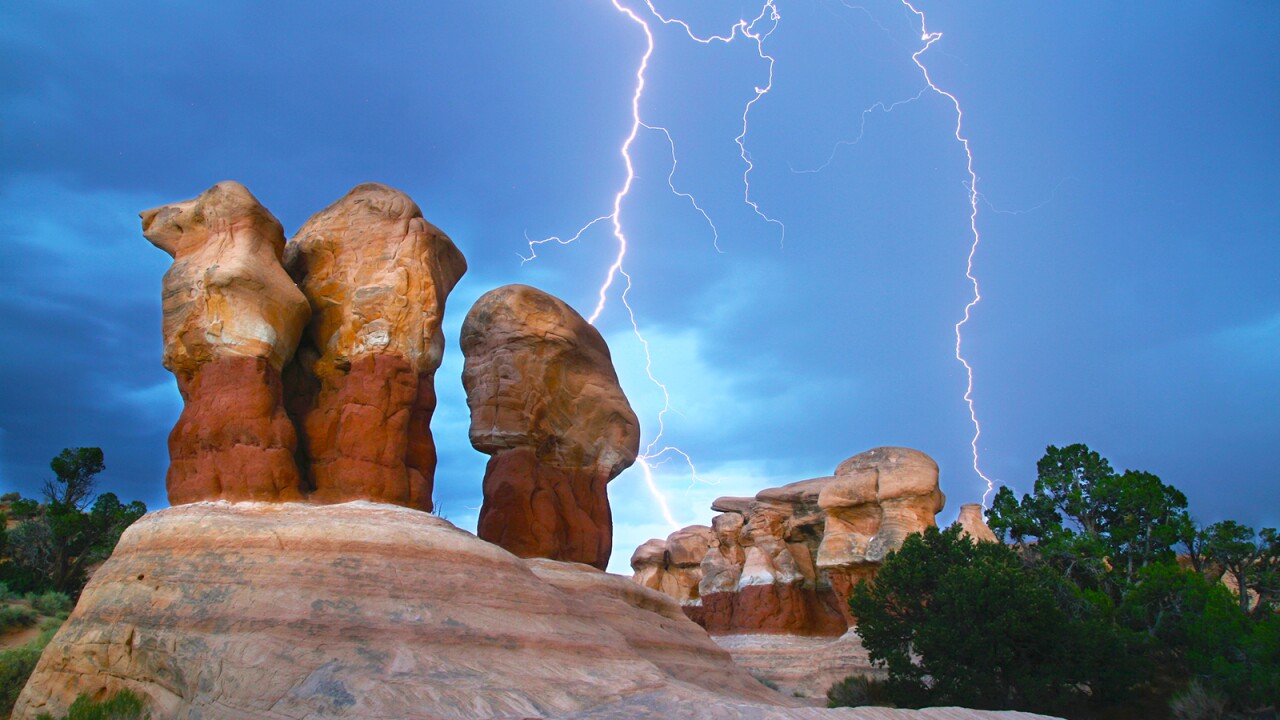 A lightning bolt strikes a hoodoo at the Grand Staircase-Escalante National Monument. (Image via blm.gov)

At his monthly news conference on KUED, the governor said Wednesday he had spoken with Interior Secretary Ryan Zinke about shrinking the southern Utah national monument.

“I think there’s the possibility of carving it up into smaller monuments, you know, two or three that actually protects the area that needs protection,” the governor said. “But we’ll have to see what the president does.”

A lightning bolt strikes a hoodoo at the Grand Staircase-Escalante National Monument. (Image via blm.gov)

President Trump signed an executive order earlier this year to review the Antiquities Act, the presidential authority to create national monuments. As part of his review, the Interior Secretary went back 20 years to the creation of Grand Staircase-Escalante National Monument by then-President Clinton.

Governor Herbert called the creation of Grand Staircase an “abuse of power,” pointing out then-Governor Mike Leavitt was lied to about its creation by the Clinton administration. Herbert said he favored shrinking the monuments. The governor has said he met recently with Navajo leaders about Bears Ears, and said they wanted more control over the monument.

Tribal and environmental groups have threatened to sue if the monuments are shrunk. Litigation, the governor said, would not help the tribes.

“It would be litigating, at least in my view, against their own interests,” Herbert said.

The decision on whether to rescind or reduce any of the national monuments rests with President Trump.