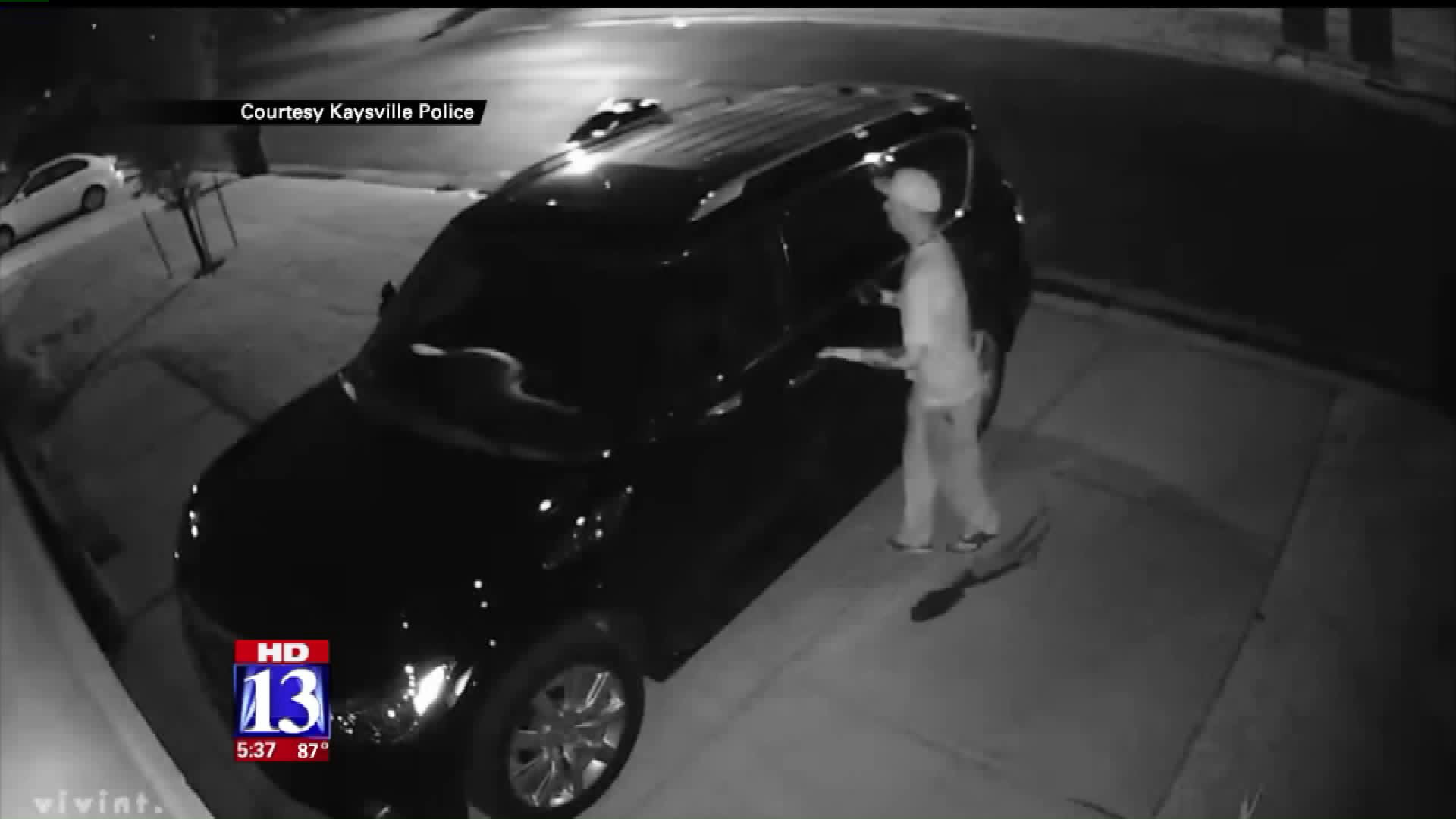 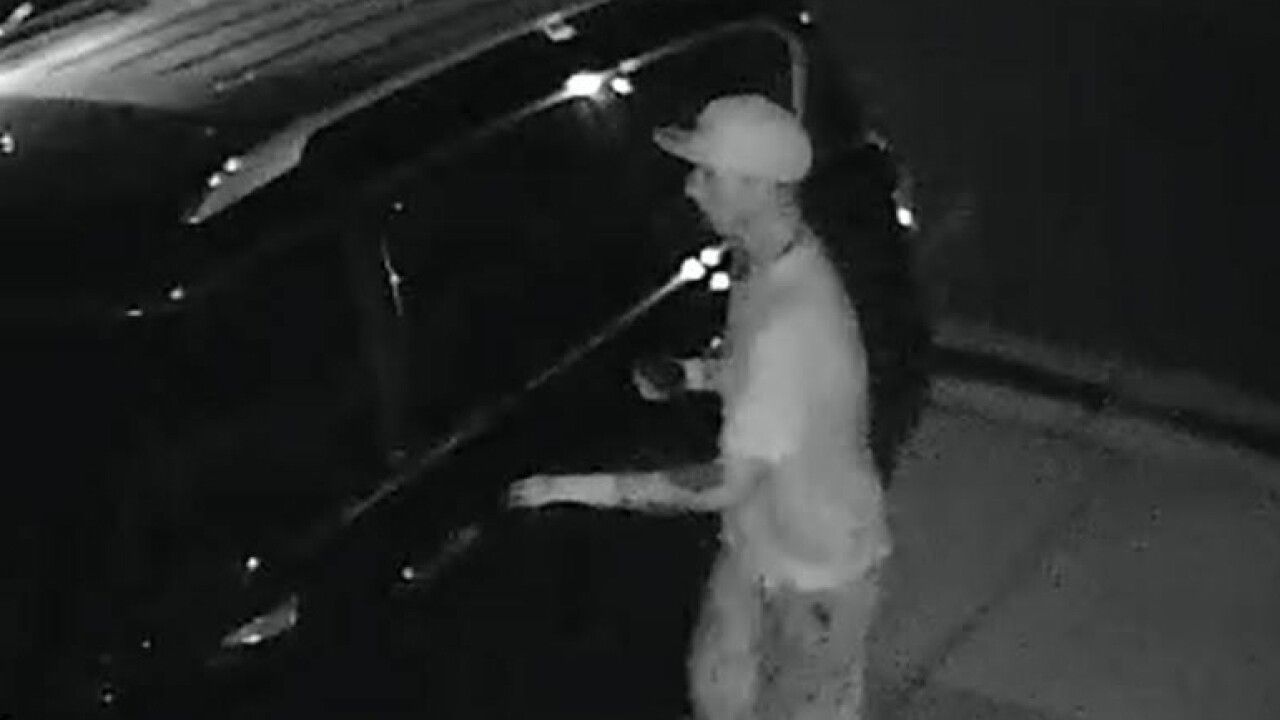 KAYSVILLE, Utah — A Kaysville community is on edge after a man was caught on camera burglarizing their cars.

When some residents got into their cars Saturday morning, they realized someone had been rummaging through their belongings, and it’s not something they would ever expect in this close-knit residential community.

"This has just been really shocking. It doesn’t happen in our quiet little neighborhood," said Elizabeth Hill, a victim of the burglar.

When Hill's husband headed off to work early Saturday morning, he realized their car had been trashed.

Papers everywhere, glovebox open, all of the compartments actually open in the vehicle," Hill said.

After surveying their car, the Hills think the burglar only got away with a couple CDs, but some neighbors weren't so lucky.

One of those neighbors is Megan Nelson.

"[The burglar took] some cash, sunglasses, my husband, unfortunately, had his work computer in his truck," Nelson said.

The burglar was caught on one of the neighbors' surveillance cameras. Surveillance footage shows him walking up to a car to see if its unlocked before running away.

"It seems very casual, so just that casual disregard for other people and their personal property is frustrating," Nelson said.

The hills and the Nelsons are pretty sure they locked their cars. But even if they did forget to lock up, they didn’t think they lived in a neighborhood where that would be a serious concern.

"The neighborhood we live in here, in West Kaysville, is very, very nice and we don’t have crime issues. We’re a close knit community," Nelson said.

They feel violated and frustrated, having to explain to their young kids what happened.

"Now our daughter has been talking about bad guys all week and you kind of want to preserve that feeling of safety as long as you can," Nelson said.

In this day in age, where a lot of people have surveillance cameras, they just don’t understand why anyone would take the risk.

"It was a foolish idea to come after our neighborhood," Hill said.

If you recognize the man in the surveillance footage, Kaysville Police would like to hear from you.

Contact Officer Isaacson at (801) 497-7085 or by email at cisaacson@kaysvillecity.com. You can also submit an anonymous tip by texting the keyword KAYSVILLEPD and your tip to 847411.