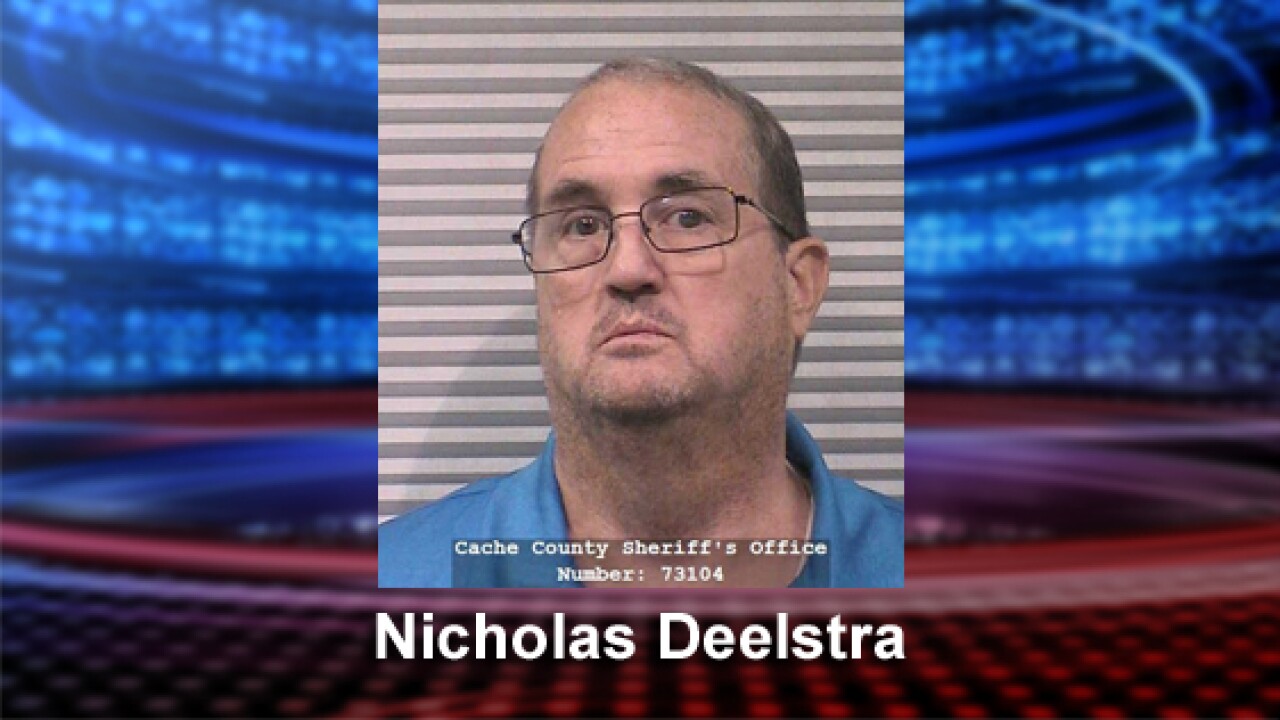 LOGAN, Utah — A North Logan man was booked into the Cache County Jail Friday after he admitted to using the internet to entice a teenage boy for sex, according to police.

According to a probable cause statement, 54-year-old Nicholas Deelstra called the FBI to report he had been the victim of a scam on Craigslist.

Deelstra told FBI officials he had solicited sexual activity with a 16-year-old boy through Craigslist, the probable cause statement said.

“[Deelstra] reported to the FBI that [the boy] never showed up and a person claiming to be [the boy]’s father was now demanding he send money to cover car repairs because [the boy] had damaged the vehicle while trying to go meet [Deelstra],” a detective wrote in the probable cause statement.

The FBI referred the case to Logan Police, who interviewed Deelstra Friday morning.

Police advised Deelstra of his Miranda rights, and Deelstra agreed to speak with a detective.

“During the course of the interview, [Deelstra] admitted [the boy] told him he was 16 years of age but he still agreed to meet up with [the boy] for sexual acts,” the detective wrote.

Deelstra also gave Logan Police access to his smartphone, and police said they found sexually explicit messages and photos exchanged between Deelstra and the boy.