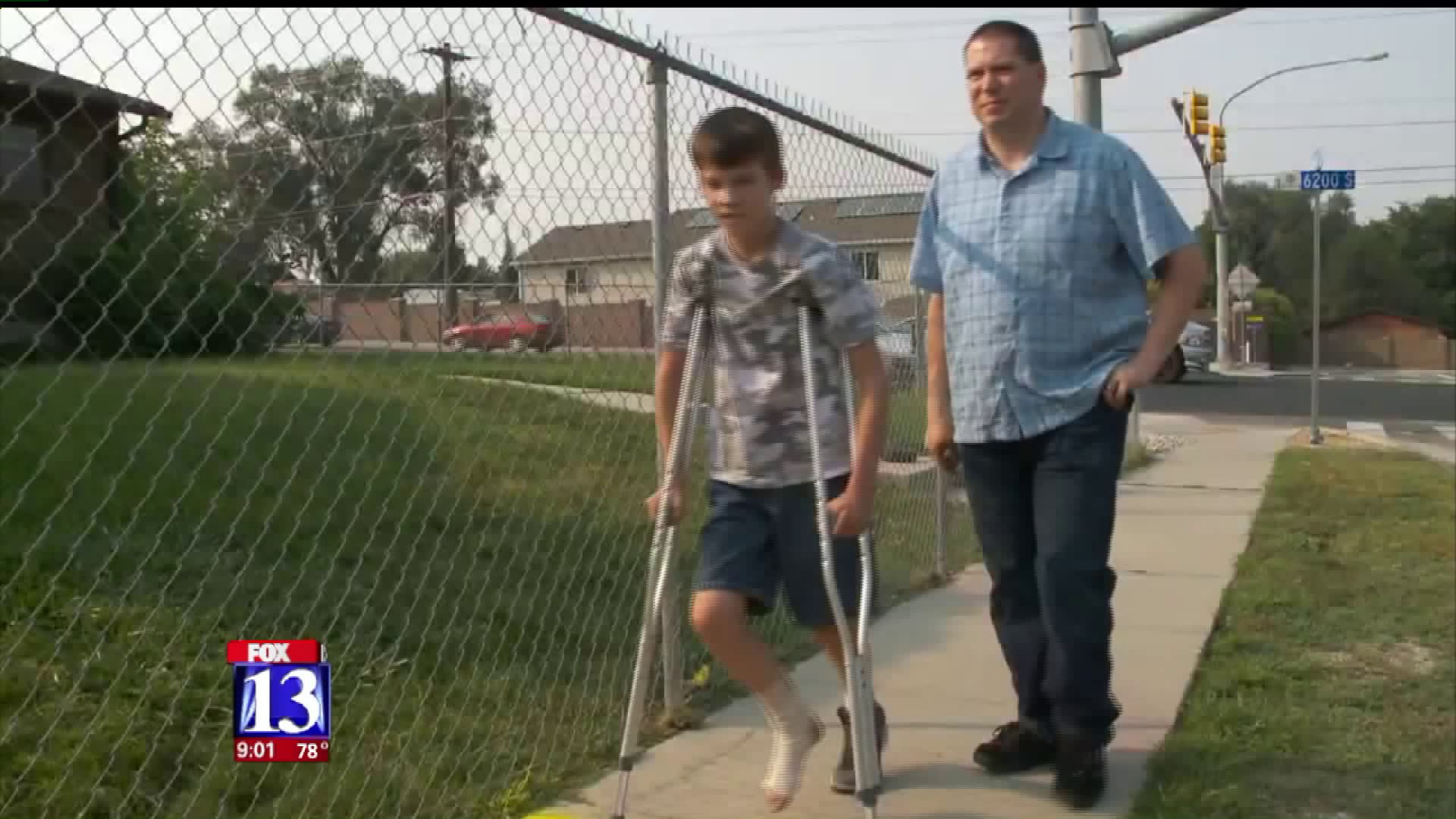 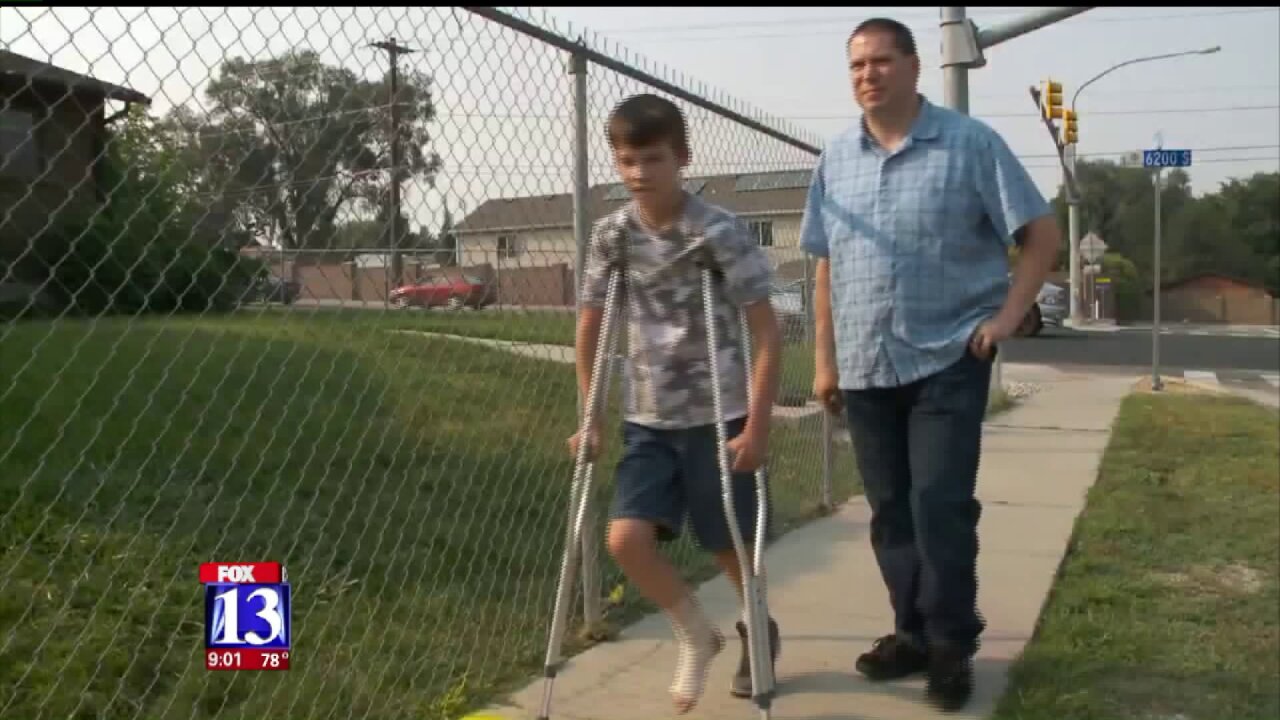 TAYLORSVILLE, Utah -- A father whose son was injured in a crash was among those who spoke up at a Taylorsville City Council meeting Wednesday.

“I don't know if the city is putting it off and it's going to take someone getting killed to make it happen or what to open their eyes and wake up,” said Ben Labrum of Taylorsville.

Ben addressed the Taylorsville City Council Wednesday, demanding they make the intersection at 6200 South and Margray Road safer for children after his son was hit by a truck and the driver fled the scene.

Residents say within 24 hours of that crash, three other accidents happened at the same intersection and for them that was the last straw.

“I've now gotten a little scared of being here,” said 11-year-old Brett Smith, who now has to use crutches to walk.

He doesn’t remember much of what happened in this crosswalk a couple of weeks ago while he was walking home from school, but his sister watched as he was hit by a truck and left in the road, while the driver sped away.

“I feel lucky I was able to survive,” Brett said.

Fortunately, Brett left the hospital with minor injuries. But it's the what if's that are haunting his family.

“My wife can't even drive down the road, she can't even look at this corner,” Labrum said.

Brett's parents don't want anyone else to go through this tragedy. So Ben went to the city council hoping for change.

“This area is a death trap,” Labrum told the council. “It's not a matter of if our kids are going to get hurt: it's when.”

Echoing a concern many residents in the area have had for years. The city council members say since Brett was hit they've been looking for solutions.

“We've already contacted UDOT and got some changes to the lights, we're going to make sure that is done,” said Brad Christopherson, Taylorsville Council Chair.

The city is also conducting a safety assessment of the area to see what will be most effective to keep kids safe.

“It's very unfortunate, we take public safety concerns very seriously and we are looking at that and there are a number of options we will take when we get the study back,” Christopherson said.

“I can't even count how many accidents I’ve seen the four years that I’ve lived in this neighborhood, and it's a matter of time before it happens again,” Labrum said.

The city says they're going to have resource officers talk to the kids in nearby schools, urging them to use sky bridges where the crossing guards are.