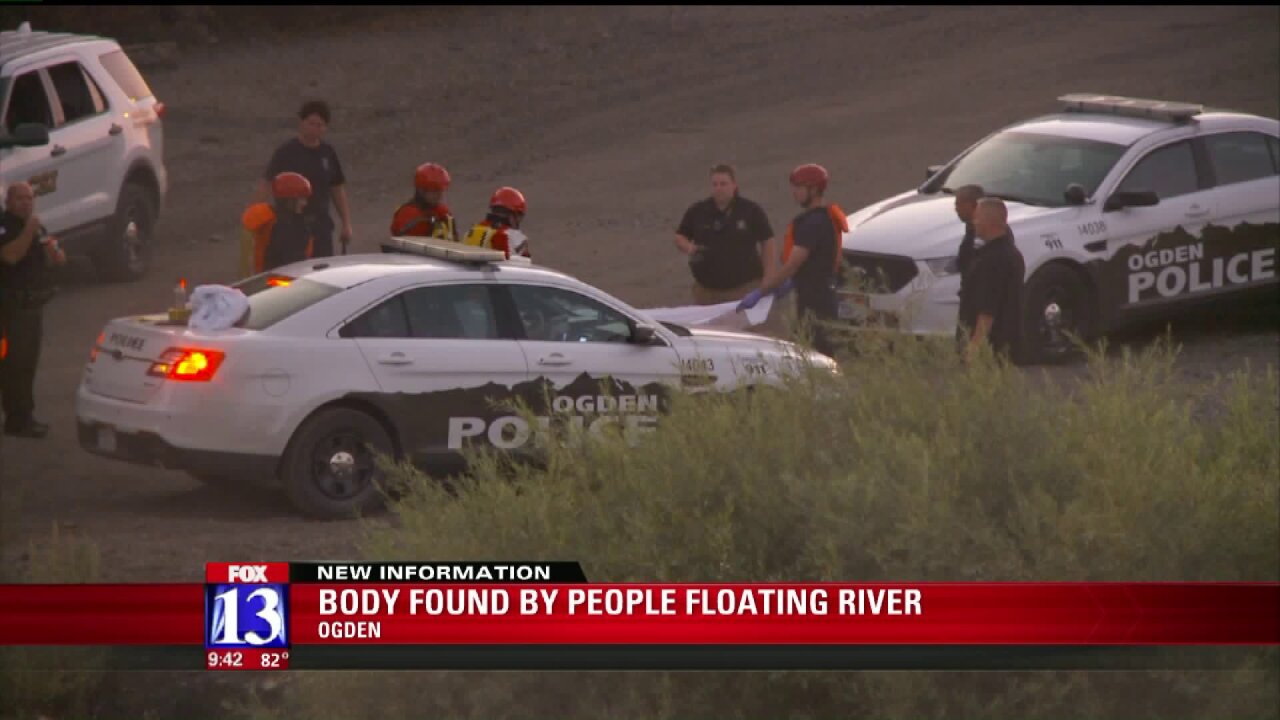 OGDEN, Utah -- From a relaxing float on the river to a scene out of a horror movie.

Kyleigh, Samantha, Darcy, and Eric, who didn’t want to share their last names, were floating the Ogden River Saturday when they noticed something dark floating next to them.

"It feels like a movie it really does," Kyleigh said.

"I just thought it was bag of garbage," Eric said.

"She kicked it with her foot to see if it was a garbage bag, and it came down and floated up so we all got scared," Kyleigh said.

It turns out what they thought was a garbage bag was really a body.

"Once I seen the head, honestly I knew what it was," Eric said.

"We didn't even know what to think at that time," Samantha adds. "We just like ran and grabbed the phone and called the cops."

Police say the deceased is a man, but they aren't sure who he is or how he died.

"The body looked like it’s been there for a while," Darcy said.

"He had camo on top and a black shirt, so he looked like a fisherman," Kyleigh said.

The group's pretty shaken up.

"I wasn't expecting it at all. I really thought it was a bag of garbage," Eric said.

They’re disturbed by what they saw, but also worried about the people who may be suffering because of it.

"Who knows how long he's been missing and who's looking for him? Yeah, I mean, he could be a dad or a grandpa or something,” Samantha said.

So far Ogden Police have confirmed few details about the finding. A medical examiner will work to determine the identity of the deceased as well as the cause and manner of death.