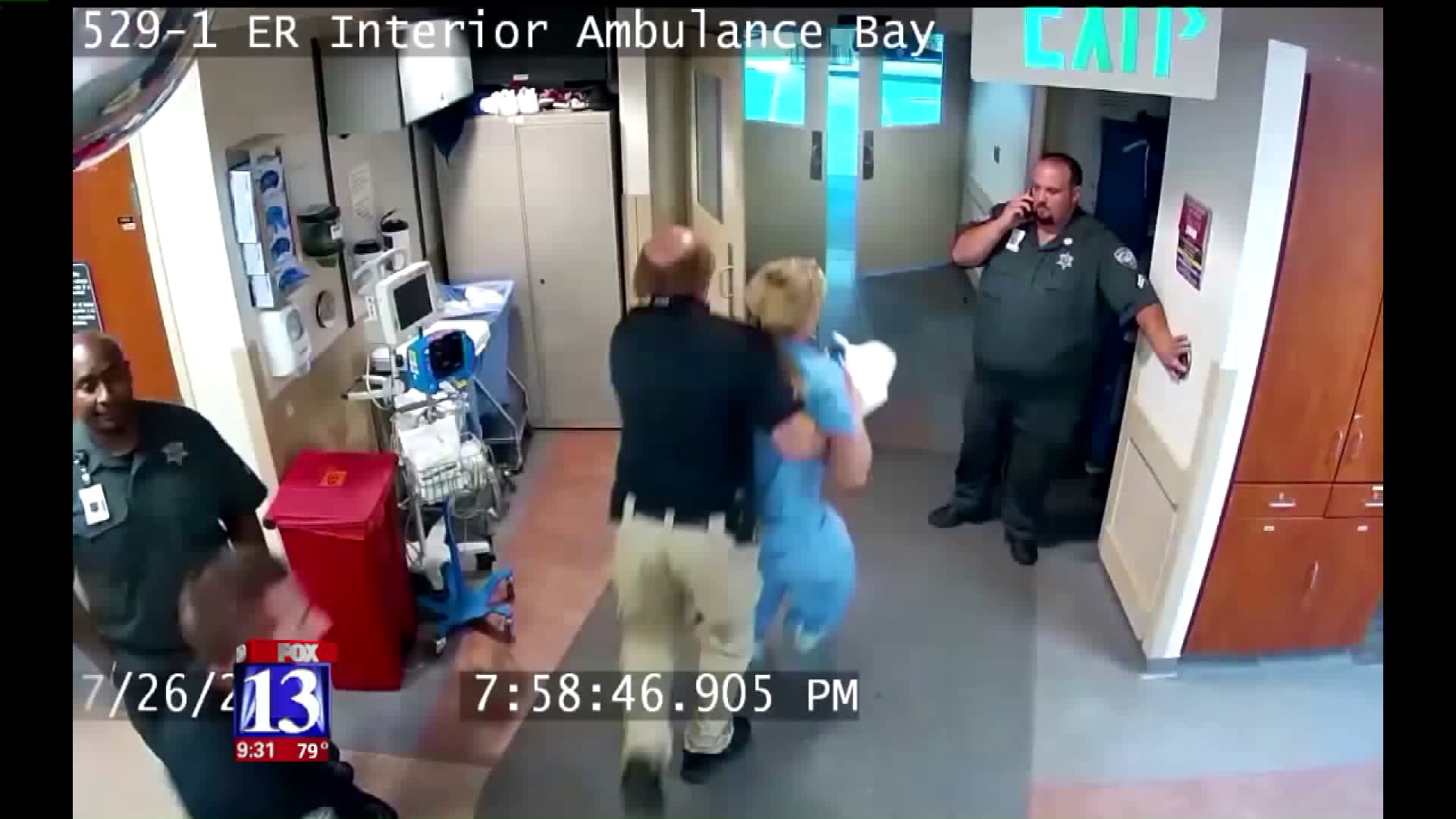 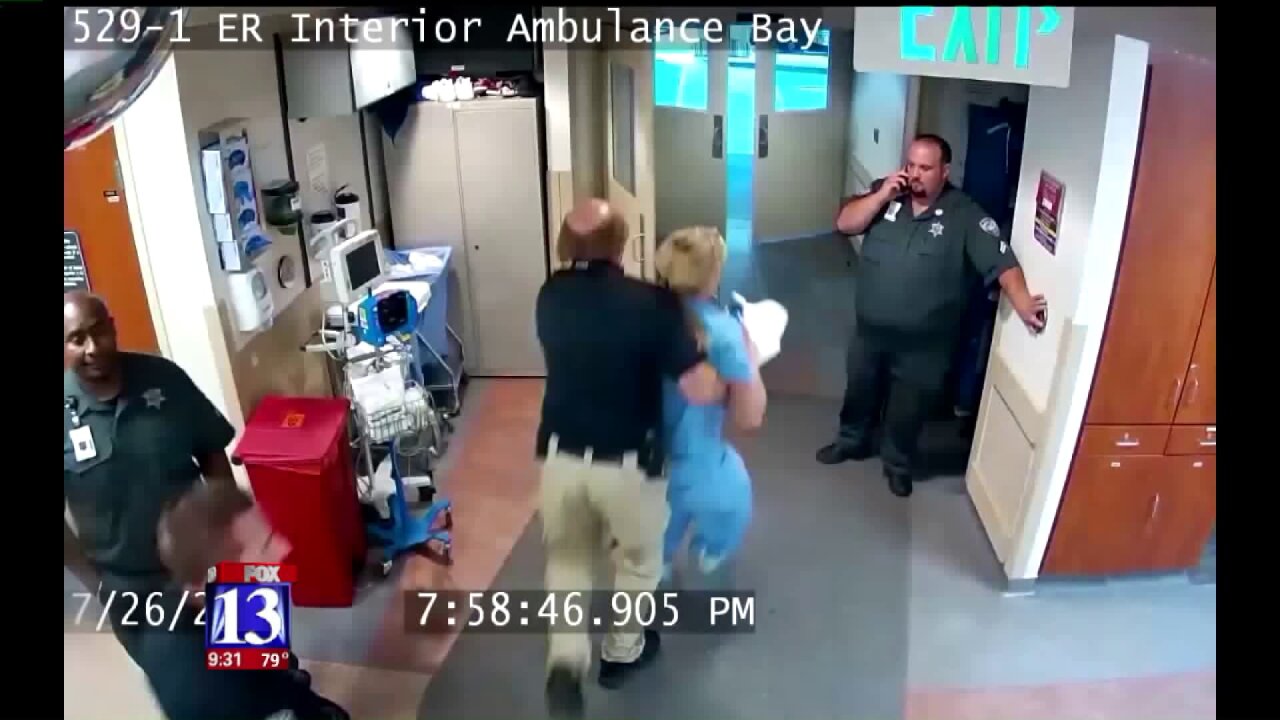 SALT LAKE CITY -- A University of Utah Hospital nurse has released police body cam and hospital surveillance videos to alert the public of what she says was an unlawful arrest and assault by a Salt Lake City Police officer.

Alex Wubbels was working as the charge nurse on July 26 when an unconscious semi-truck driver was brought into the hospital. The driver had been struck by a motorist who was fleeing from Utah Highway Patrol troopers in Cache County.

A Salt Lake City Police officer arrested Wubbels after she refused the officer’s demand to take a blood sample from the injured truck driver.

Wubbels told the officer that the hospital and police department already had a policy in place that blood could not be taken without consent from the patient, a warrant from a judge, or unless the patient was a suspect in a crime.

“I was just trying to do it the right way," Wubbels said. “If they need blood they need to go through the proper channels.”

After displaying the blood draw protocol, the officer arrested Wubbels and placed her in his squad car. On the police body cam video, Wubbels can be heard screaming at the officer to stop.

“Please sir, you are hurting me,” Wubbels says.

“Then walk,” ordered the officer.

The civil attorney was also critical of the University of Utah Police for not intervening to help the nurse.

“She was rightfully afraid of her well-being,” added Porter. “They refused to take any steps to protect her.”

The Salt Lake City Police Department has viewed the body cam video and started an internal affairs investigation into the arresting officer. The police department has also ordered more training for officers who work with medical providers.

“We were alarmed and immediately took action,” said Sgt. Brandon Shearer of the Salt Lake City Police Department. “We’ve looked at our policies and we want to take steps to make sure something like this doesn’t happen again.”

The University of Utah Hospital has also initiated changes.

"University of Utah Health supports Nurse Wubbels and her decision to focus first and foremost on the care and well-being of her patient,” said Suzanne Winchester, U of U Health media relations managers “She followed procedures and protocols in this matter and was acting in her patient’s best interest. We have worked with our law enforcement partners on this issue to ensure an appropriate process for moving forward.”

Wubbels said she will consider a lawsuit if real changes are not made to improve the working relationships between law enforcement and medical providers. She said she hopes the videos will start a dialogue to help make those changes take place.