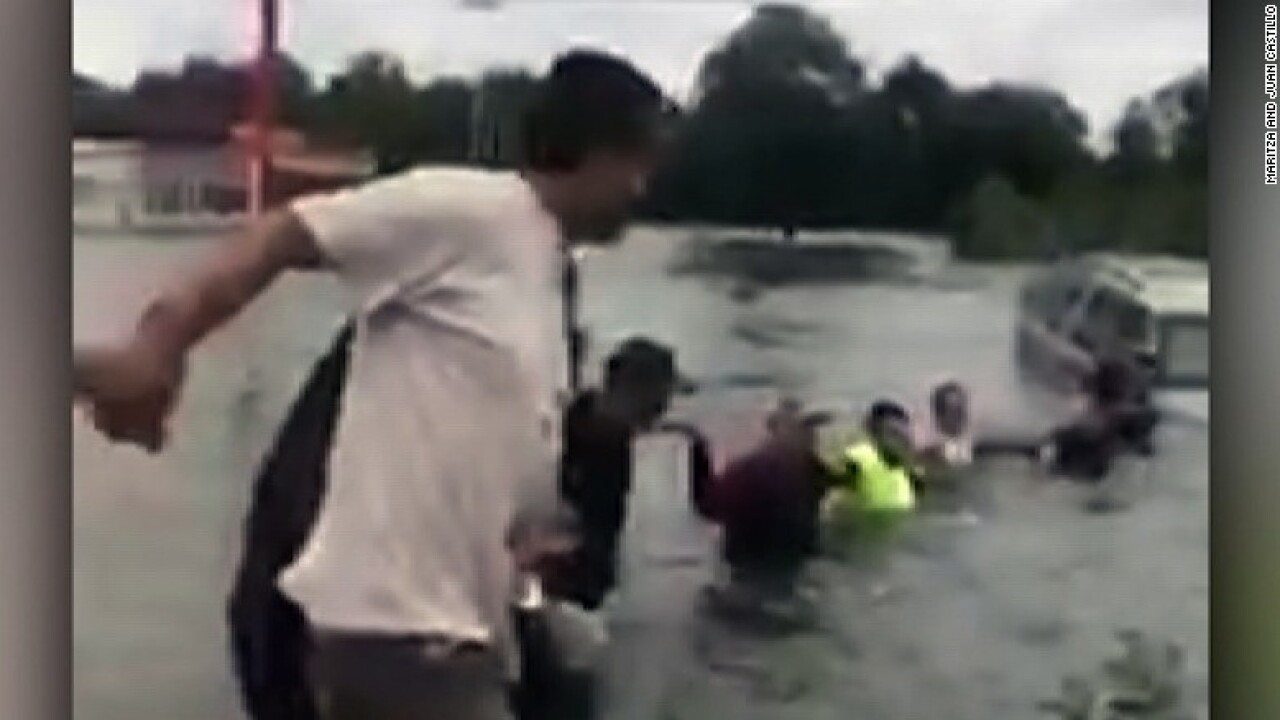 HOUSTON – Maritza Castillo and her husband were on their way to help a family member, but they ended up saving the life of a stranger.

The couple was on Interstate 10 in Houston on Tuesday, en route to pick up Castillo’s brother who had been flooded in.

But the pair couldn’t reach him because the roads were submerged.

“We got turned around,” Castillo told CNN by phone.

As they waited in stalled traffic, they watched a horrifying scene unfold in front of them. Floodwaters had picked up an elderly man’s SUV and were sweeping it away.

Without pause, the couple and dozens of other drivers jumped into the water to help.

Their arms linked, the drivers and passenger inched toward the SUV.

The good Samaritans had a little difficulty getting the SUV’s door open. But they eventually did and together pulled the man to safety.

He was taken to a local hospital and reunited with his son, Castillo said.

It was just one of many instances where ordinary citizens banded together to help others amidst the devastation that Harvey wrought.