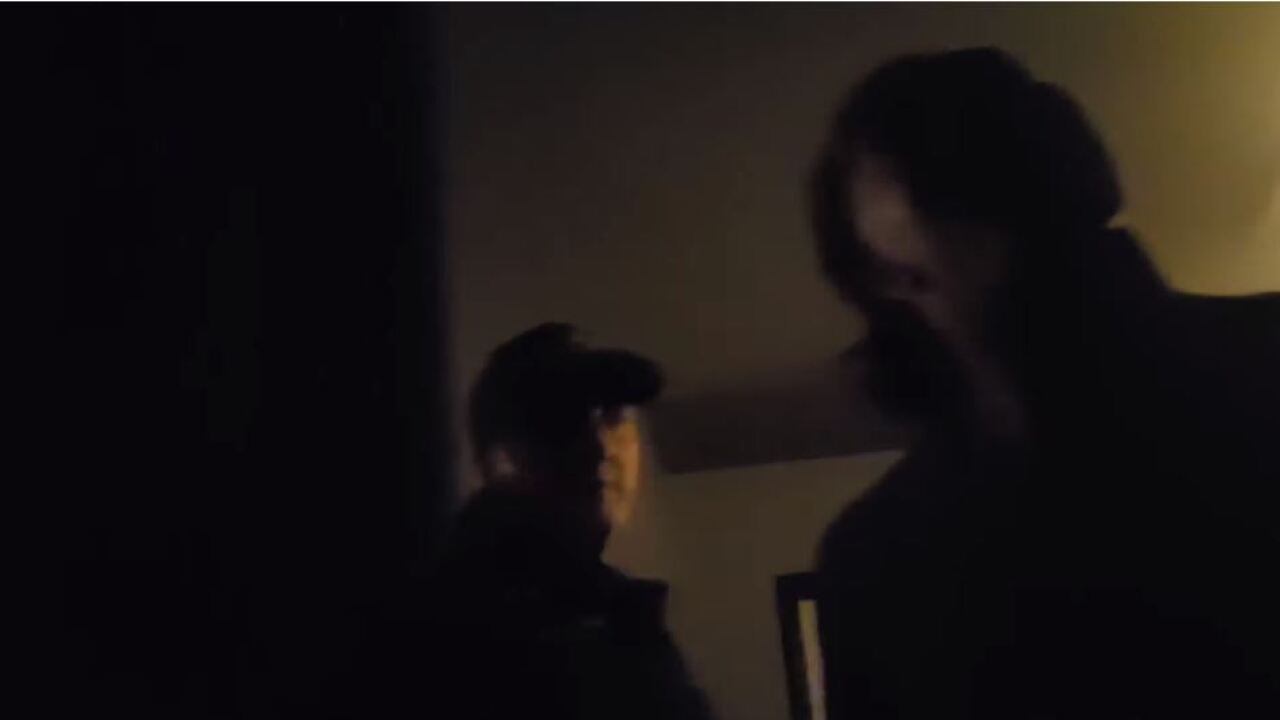 WARNING: The video embedded below contains mulitple uses of profanity and at least one racial slur. Viewer discretion is advised.

PROVO, Utah — A video published Wednesday by MormonLeaks appears to show BYU football player Francis Bernard threatening to strangle an employee at his apartment complex after police responded to a noise complaint and the employee filmed the exchange.

According to MormonLeaks, the video was shot December 4, 2016 as Provo Police Department officers responded for the second time to Francis Bernard’s apartment regarding a noise complaint.

The video is dark for the majority of the exchange, but the conversation between the man MormonLeaks identifies as Bernard and two police officers can be heard.

Police spend several minutes arguing with Bernard, who pleads with them not to write him a ticket. At one point he asks them to call his coach to resolve the matter. Officers ask Bernard if he wants to risk his football career over something like this, and Bernard alternates between apologizing and asking for leniency.

“Why the ticket, like, it’s just been twice,” Bernard says in the recording. “Like, can you just give me… I’m begging you.”

One officer responds: “Because Francis, we came out here man… we were totally chill with you, and we were like, ‘Hey can you guys please just turn it off, we’re going to get out of here. If we got to come back, what’s gonna happen? We’re gonna give you a ticket.’ Here we are man. We had to come back.”

Bernard continues to argue, and the officers point out that they had already given him a warning.

“We tried to show you guys respect in the beginning and let you slide on a chance for the first time, but now that I’m back it’s like you’re making my job harder,” the officer tells Bernard.

At one point Bernard notices the open door the video is being shot through, and he confronts the man filming the exchange. That person identifies himself as an employee at the complex and MormonLeaks refers to him as a “manager”. MormonLeaks altered the audio of that man’s voice to protect his privacy.

Bernard asks the man to close the door, and he responds with a negative, saying that he works here and, “I have to hear everything.”

Bernard: “K, then say something, alright? Say something before I F—— pop you in the face.”

Employee: “You’re going to pop me in the face?”

Police chime in at this time, telling Bernard to relax, but he continues with the profanities, and the employee reiterates that he works here and has to hear what is happening.

Police tell the employee to close his door, but he continues filming as Bernard keeps talking.

Police ask Bernard to calm down, but he claims the employee “threatened him.”

“I’m not threatening you!” The employee responds.

At that time police tell the employee to close his door, and the recording ends.

Bernard was suspended from play last year just hours before the Poinsettia Bowl, which took place on December 21–about three weeks after this video was reportedly shot. BYU did not cite a reason for the suspension at the time.

Earlier this month BYU announced that Bernard, who was expected to start for the Cougars’ defense, would be red-shirting this season for personal reasons and will not play. A defensive coordinator said in a radio interview that Bernard would be transferring to another school, but then later retracted that statement.

Head Coach Kalani Sitake addressed the red shirt decision at the time as well as the report of a transfer, but did not provide any specific details.

“There’s a lot of options that are still out there, so I think we said that there are things that are premature, that haven’t been decided yet,” Sitake said at the time. “All I can say is that we love Francis and we want what’s best for him, so not going into any more details: it’s just his decision and we’re here to help him.”

Fox 13 News reached out to Provo Police regarding the video, and they said they would be commenting on the case Thursday.

Fox 13 News has also reached out to BYU Athletics for comment and will update this story as more information is released.