How big is Harvey? A Utah perspective 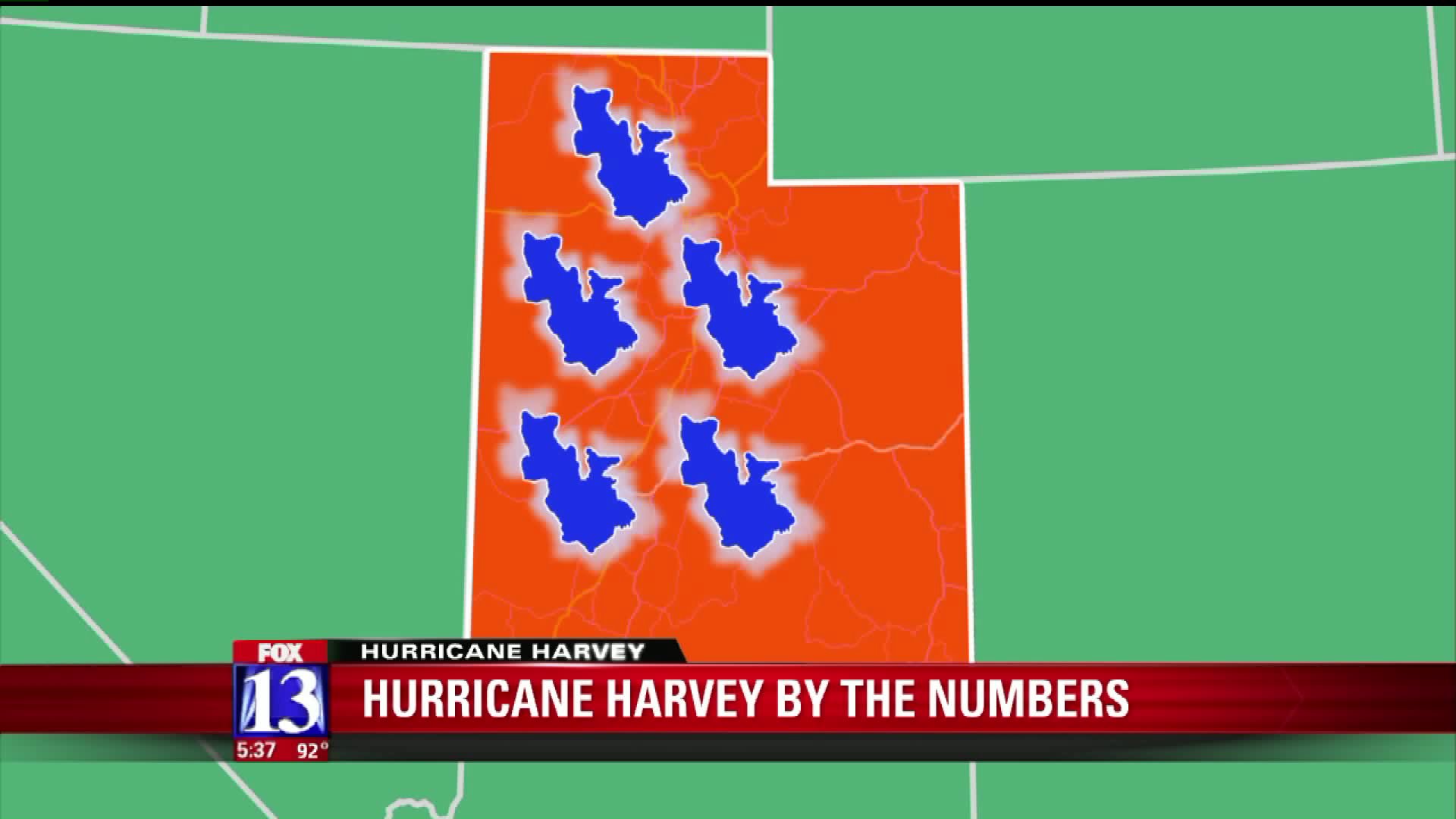 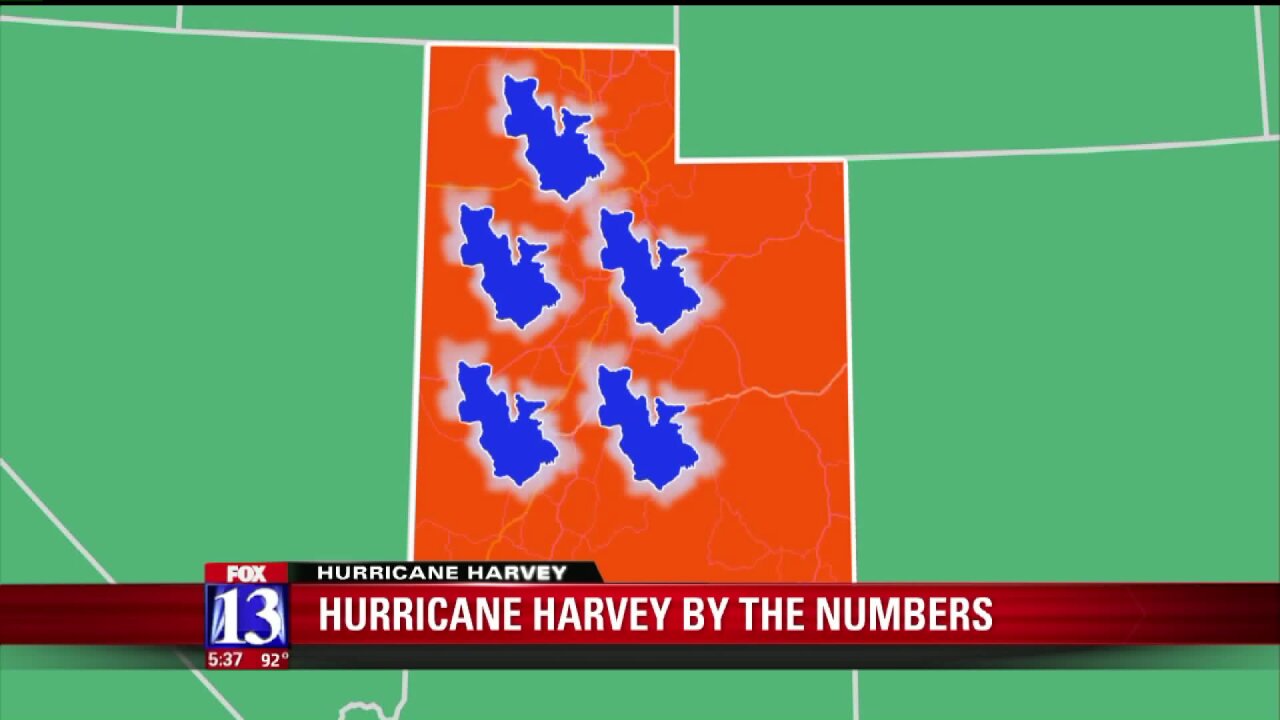 Put those in a Utah context, and you get a sense of the dimension of this historic storm.

Fifty-two inches is higher than a standard set of fishing chest waders, meaning even an angler with his gear wouldn't stay dry trying to walk through it.

With 24.5 trillion gallons of water, you could fill the Great Salt Lake.... five times.

Those schoolchildren on hold for at least a week? There are a million of them. Utah's entire public school population is about 663,000 students.

And if FEMA gets 450,000 applications for federal relief, that would be more than the population of Utah's three biggest cities combined: Salt Lake City, West Valley City, and Provo.

One other thing, looking at census and FEMA data, Utah has fewer households with flood insurance than any other state. Just four out of a thousand Utah households have a policy.