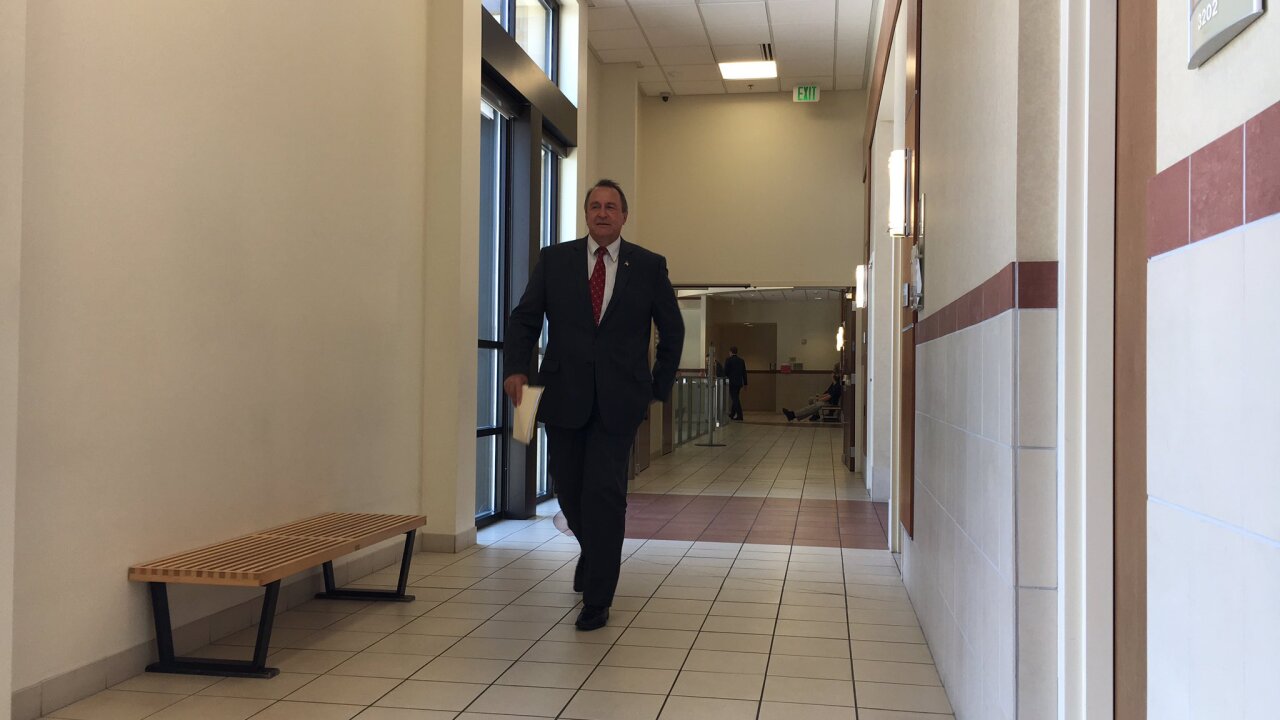 WEST JORDAN — Former Utah Attorney General Mark Shurtleff was in court here, facing off against attorneys he used to oversee.

A judge here will decide whether to dismiss Shurtleff’s lawsuit against the state, seeking reimbursement for more than $1 million in legal bills he accrued fighting corruption charges that were ultimately dismissed.

The Utah Attorney General’s Office asked the judge to dismiss Shurtleff’s lawsuit, arguing taxpayers shouldn’t have to pay because state law that would cover that is designed for sitting office holders.

“Mr. Shurtleff was not the attorney general when his claim for reimbursement of attorney’s fees arose,” assistant Utah Attorney General David Wolf told the judge.

But Shurtleff’s attorney, Rod Parker, said the law was designed for public servants who find themselves in this very situation. The accusations against Shurtleff stemmed from his time as attorney general, even if he was prosecuted after he had left office.

Shurtleff was charged alongside his successor, John Swallow, accused of taking gifts and donations from people facing investigation by the attorney general’s office. A jury earlier this year acquitted Swallow of charges and Davis County Attorney Troy Rawlings dropped the case against Shurtleff.

“He took on the entire law enforcement establishment of the state of Utah,” Parker told the judge of Shurtleff.

Rawlings is willing to testify in Shurtleff’s favor, Parker told the judge.

Also in court watching the proceedings was Swallow and his attorney. His own request to have the state pick up the tab for attorney’s fees may be impacted by what Judge Bruce Lubeck decides.

Judge Lubeck did not issue a ruling at the end of Tuesday’s hearing but promised a decision soon.