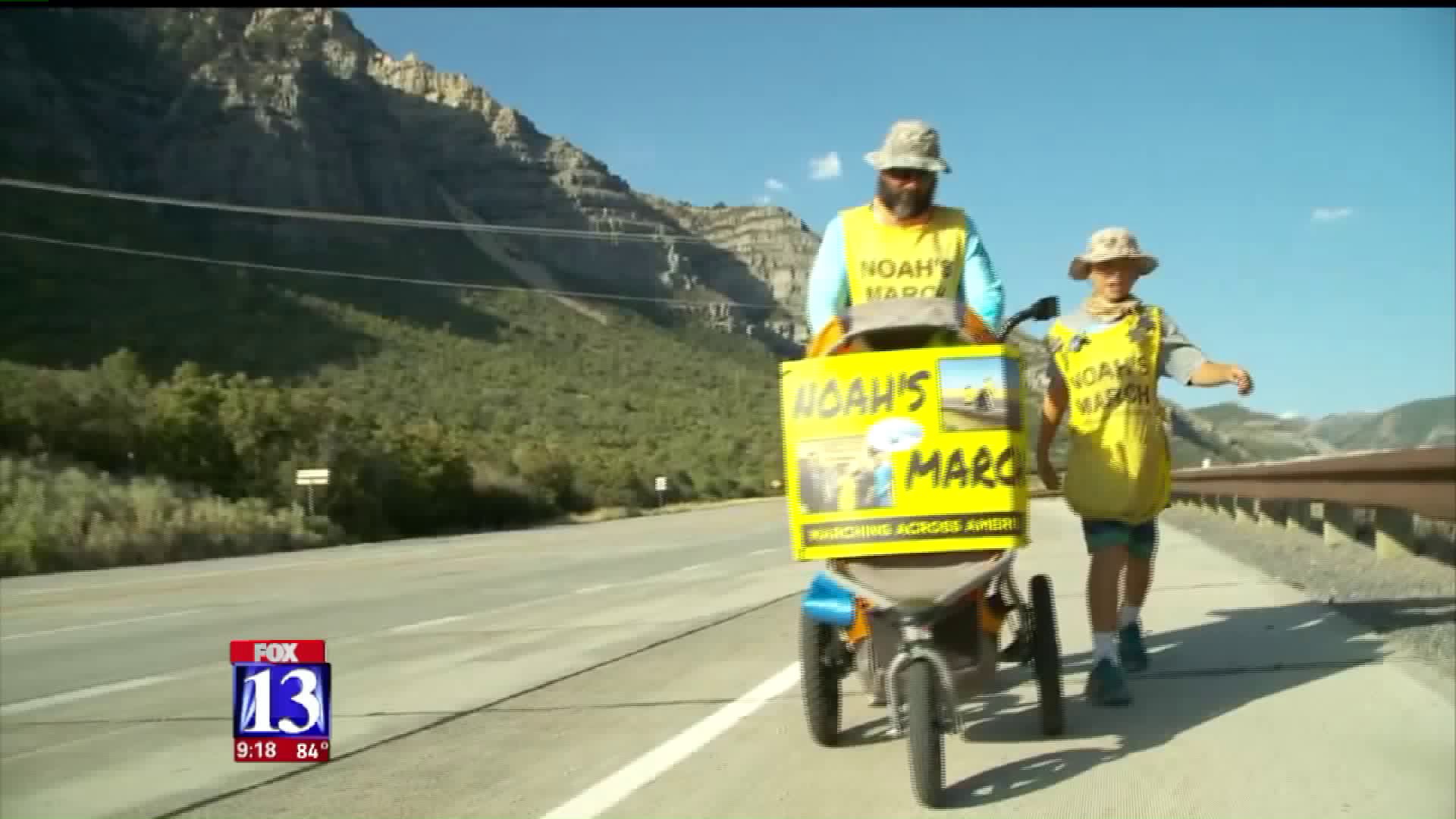 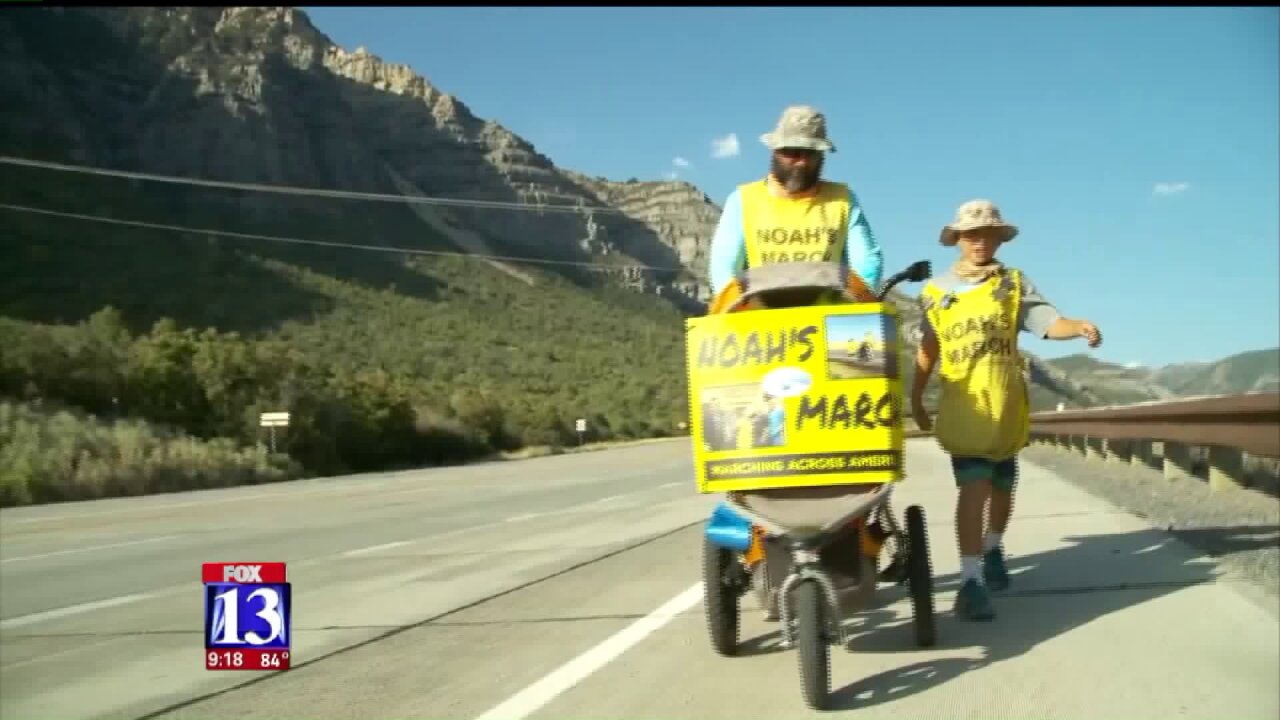 OREM, Utah -  An 11-year-old attempting to walk all the way across the country was in Utah Monday night.

Noah Barnes and his father Robert started in Florida nearly eight months ago.  Now about 2000 miles and a combined nine pairs of shoes later, the pair is walking through Utah this week.

They're raising money and awareness to find a cure for Type 1 diabetes and the family has given up everything to make the trip.

Barnes left his job in Florida earlier this year and cashed in his 401K after his son Noah came to him with an idea.

"I told him I wanted to walk for a cure," eleven-year-old Noah Barnes said.  He got the idea after hearing about a man named Terrance Fox, who ran across Canada to raise money to fight Cancer.

"He saw Terry's documentary, and he's like 'hey, that's what I can do,'" Robert Barnes said of his son. "He said that guy only had one leg, I have two legs and can go across America and I'm like 'no no no.'"

Eventually, Noah wore his mom and dad down.  Noah was first diagnosed with Type 1 diabetes at 16-months old.  Unlike Type 2, Type 1 is permanent and has no cure yet.  But Noah is hoping to change all that.

"There's been days when he's like 'I don't know if I can do this,'" the elder Barnes said. "But then he gets back up after ten minutes and is ready to go again."

So far, they've walked over 2,000 miles and raised $22 thousand along the way. Their goal is to get to Blaine, Washington at the very NorthWest corner of the United States.  If they can complete their goal, Noah will become the youngest person to ever cross the United States.

But finding a cure for Type 1 at times even seems more insurmountable.  But Robert and Noah have no intentions of stopping their pursuit to make it happen.

"We end in Blaine, but we will bike, we will drive, we will YouTube this battle until there's a cure.  We fight until its done."

If you'd like to donate, or if you would like to follow Noah and Robert on their live GPS tracker, here's a link to Noah's March Foundation Inc.