State and federal managers discuss fate of wild horses, with media and advocates locked out 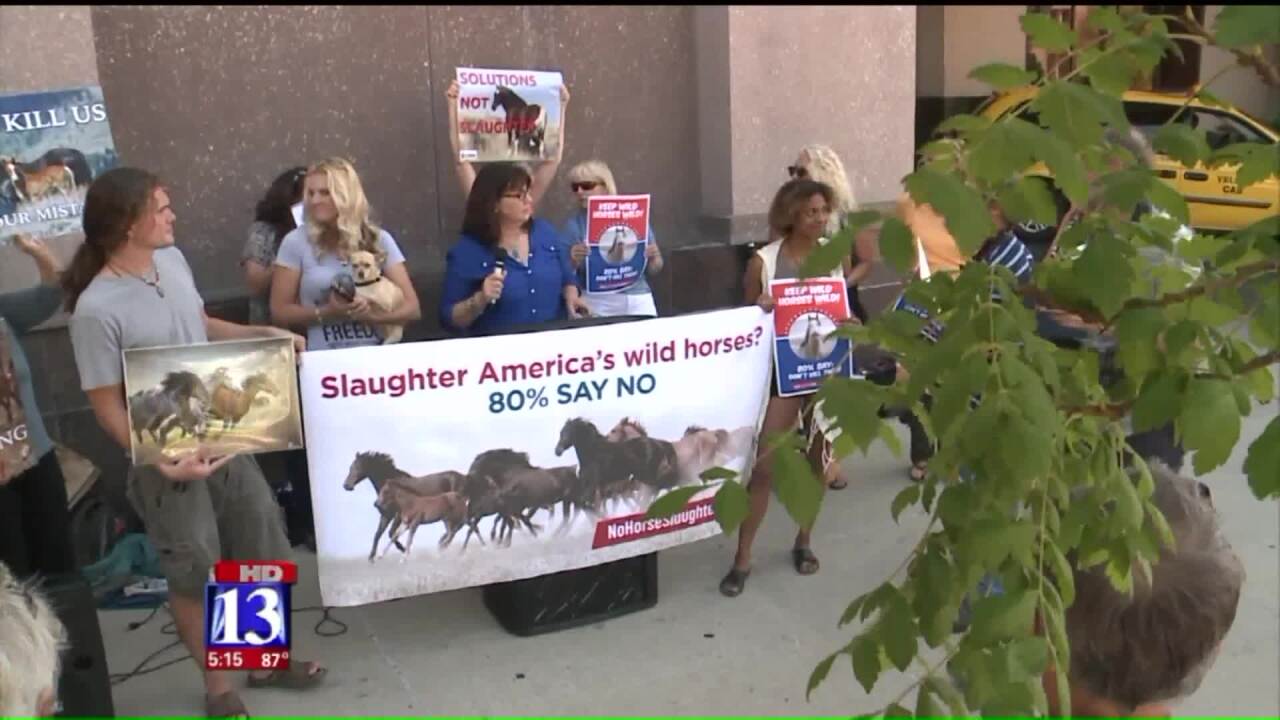 SALT LAKE CITY -- Wild horses bring out the romance and the longstanding divisions at the heart of the American West, and that dynamic was clear as the Bureau of Land Management, the State of Utah, and a number of private and non-profit groups met in a closed-door meeting in downtown Salt Lake City to discuss the animals' fate.

The deputy chief of staff to Utah Governor Gary Herbert expressed both the romance and the sense of cold reality.

"We love them and they're an iconic part of our landscape," Mower said, adding, "There's just simply not enough feed for the horses and not enough water."

A collection of Wild Horse advocates gathered on the sidewalk outside of the Marriott Hotel, where the Wild Horse and Burro Summit was taking place.

"I serve on the BLM's national wild horse advisory board as their humane advisor and yet I was not invited," said Ginger Kathrens, a filmmaker and Executive Director of The Cloud Foundation.

Alongside Kathrens were representatives from the Wild Horse Campaign, the Salt River Wild Horse Management Group, and a number of Utah volunteers like Shauna Muztafago.

"I felt compelled to be here today to be a voice to those who have no voice," said Muztafago, who took the day off from her job at a mortgage company to protest the event she couldn't attend.

The Director of the Utah Department of Natural Resources, Michael Styler, said his goal is all about being humane to the horses.

The state and the Bureau of Land Management say sustainable population levels for wild horses are somewhere near 27,000 animals and the current population is closer to 73,000.

The advocates who were not invited to the meeting say those numbers are more a reflection of the government's priority on profitable livestock over wild horses. They cite a 2013 study conducted by the National Academy of Science that found no basis for the 27,000 horse population target. They also cite their own work with horses.

"We actually manage wild horses on the range, we document them, we have stats and data on each and every wild horse," said Simone Netherlands, Executive Director of the Salt River Wild Horse Management Group.

Netherlands said her volunteers regularly dart the horses on their range in Arizona with a chemical called PZP-22, which slows reproduction rates to maintain herd populations.

That's likely among the solutions discussed by the Wild Horse and Burro Summit, though that's impossible to know because the news media was also not invited into the Wild Horse Summit discussions, just to a brief press conference in a separate room.