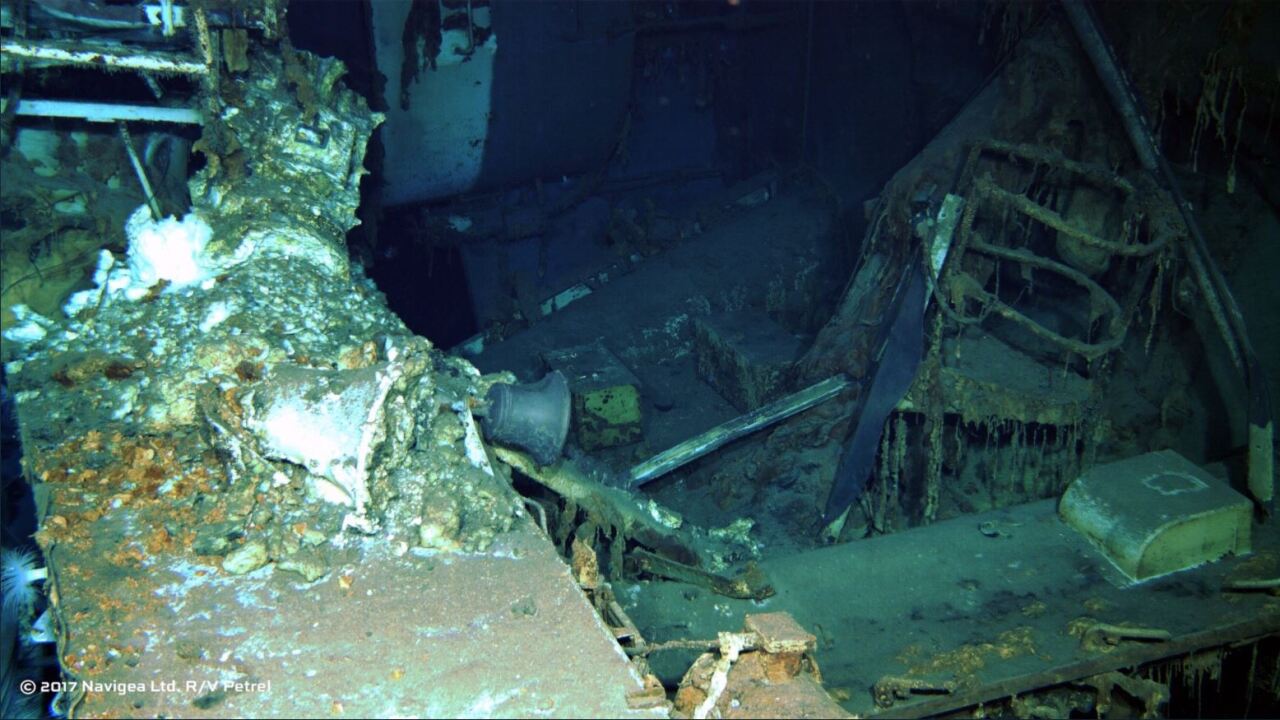 WASHINGTON — The US Navy said Saturday that a team of civilian researchers have announced they’ve found the wreck of the World War II cruiser USS Indianapolis, which was sunk more than six decades ago by torpedoes from a Japanese submarine.

The Navy says the find is “significant” because the wreck was found in water with a depth beyond 18,000 feet. The wreck was found by a team led by philanthropist Paul G. Allen using the Research Vessel Petrel.

“To be able to honor the brave men of the USS Indianapolis and their families through the discovery of a ship that played such a significant role in ending World War II is truly humbling,” Allen stated. “As Americans, we all owe a debt of gratitude to the crew for their courage, persistence and sacrifice in the face of horrendous circumstances. While our search for the rest of the wreckage will continue, I hope everyone connected to this historic ship will feel some measure of closure at this discovery so long in coming.”

The wreck was located 5,500 meters (about 18,044 feet) below the surface, resting on the floor of the North Pacific Ocean. The ship was lost in the final days of World War II when it was torpedoed by a Japanese submarine in the early morning hours of July 30, 1945.

The ship sank within 12 minutes, making it “impossible” to send a distress signal, or to put much of the ship’s life-saving equipment to use.

The Navy states that of the 1,196 Sailors and Marines aboard, about 800 survived the sinking. After four or five days in the water, “suffering exposure, dehydration, drowning, and shark attacks–only 316 survived.”

The press release states that the Indianapolis had just completed a secret mission to deliver components of the atomic bomb used in Hiroshima “that would ultimately help end the war in the Pacific.”

“Even in the worst defeats and disasters there is valor and sacrifice that deserves to never be forgotten,” said Sam Cox, director of the Naval History and Heritage Command. “They can serve as inspiration to current and future Sailors enduring situations of mortal peril. There are also lessons learned, and in the case of the Indianapolis, lessons re-learned, that need to be preserved and passed on, so the same mistakes can be prevented, and lives saved.”

Others have searched for the wreck in the past, but the Navy states a key discovery in 2016 by Dr. Richard Hulver led to a new search area west of the original presumed location of the wreck.

Hulver identified a naval landing craft that recorded a sighting of Indianapolis hours before it was sunk. The new search area still comprised 600 square miles of open ocean. The 13-person expedition team aboard the RV Petrel is surveying the full site and plans to conduct a live tour of the wreckage in the coming weeks.

The Navy states the works is compliant with U.S. law “respecting the sunken ship as a war grave and not disturbing the site.” The exact location of the ship remains confidential and restricted by the Navy.

“The crew of the R/V Petrel has collaborated with Navy authorities throughout its search operations and will continue to work on plans to honor the 22 crew members still alive today, as well as the families of all those who served on the highly decorated cruiser.”

You can read more about the USS Indianapolis and the efforts to locate the wreck at Navy.mil.