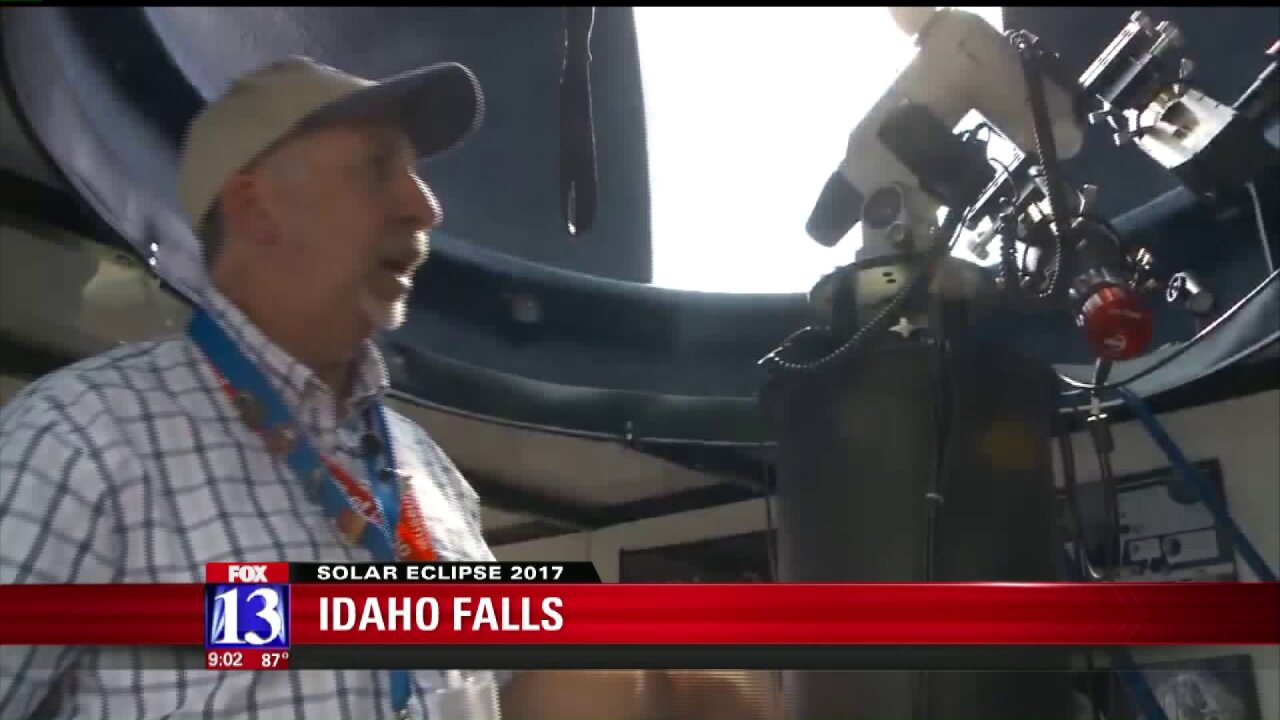 IDAHO FALLS, Idaho -- People are making their way into towns all across the country along the path of totality to see the solar eclipse.

NASA scientists are also setting up for the big moment with telescopes smaller than you might expect.

NASA has set up a mobile observatory in Idaho Falls, and the two telescopes are connected to NASA TV so those not in the path of the totality can still witness the celestial event.

“Everyone, when they see a dome like this, they know almost immediately what it is,” said NASA Ambassador Richard Stember. “And it’s exciting. It’s an exciting icon of science.”

Stember is a scientist by training, a chemist, and also a NASA Solar System Ambassador, one of about 700 volunteers worldwide who help explain everything NASA does.

“It’s no problem getting kids excited, that’s for sure!” Stember said. “They love science. They love space, and they love talking about what they’re learning in school.”

Inside the mobile observatory are two telescopes.

“We have a hydrogen alpha telescope and a regular telescope with a very special solar lens attached to it,” Stember explains.

Those are hooked up to cameras to broadcast images to NASA for the whole world to see. For people here, they can take a look through the telescope, and take a trip through the universe.

“Astronomy is uniquely hands on,” Stember said. “It allows the public to really, to feel it. Almost touch the planet Jupiter, almost touch the rings of Saturn, and that’s really very exciting for the public.”

All of the science behind the eclipse gets Stember excited, but what he’s really looking forward to is much simpler.

“The word that I want to hear out of everyone’s mouth is, ‘Wow', that is really the message that we love hearing,” he said.

If you miss the mobile observatory here outside the Museum of Idaho, you might see it in other places. Stember’s non-profit organization, Science Heads, takes this to schools, libraries and pretty much any public place you can think of.