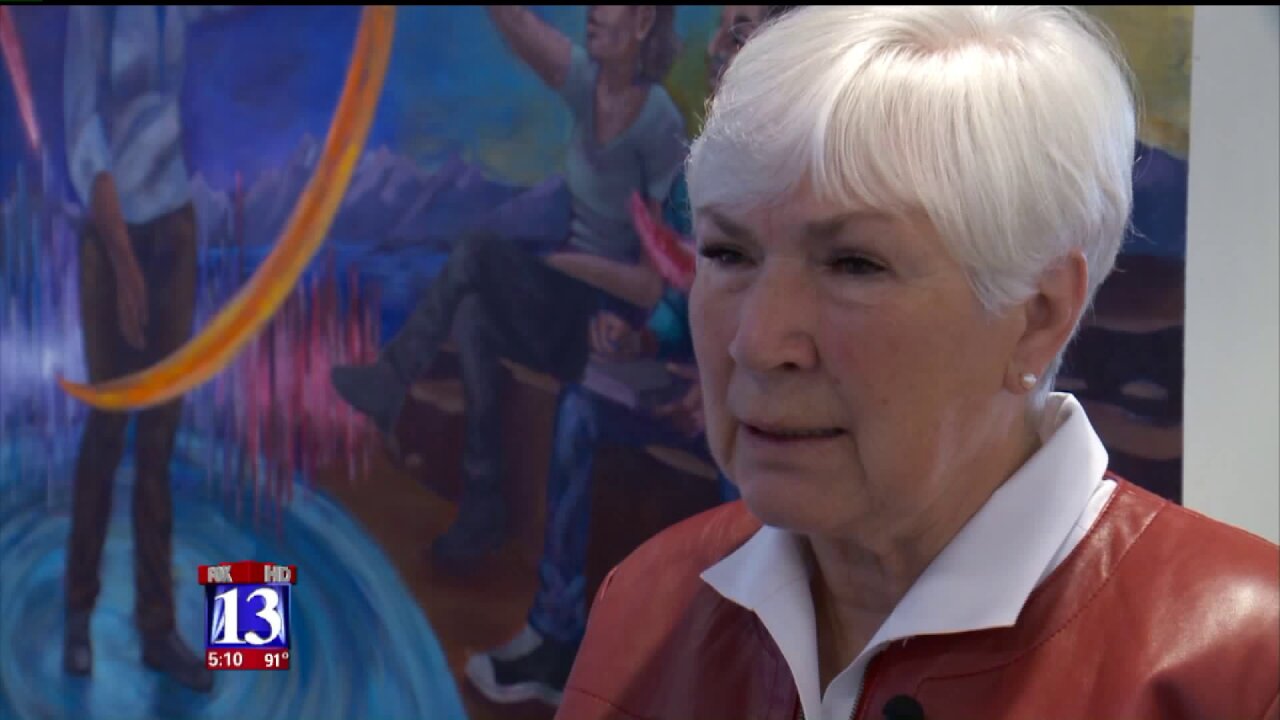 SALT LAKE CITY -- The Miller family is pledging $10 million to provide more services to the homeless and promised to match that amount for private or public donations.

The Miller Foundation money will be used to provide staffing and programs for the three new homeless shelters scheduled to be completed in June 2019.

Gail Miller said when she started working on the homeless issue she made it clear she wanted to really work and not just be a figurehead.

“We can build a building, we can put people in it,” Miller said. “But until we have the things that bring heart and life to the building and give the people in it a chance to recover and to be whole and healthy and ready to be back into society, we have done nothing: We’ve just got a building.”

If every dollar is matched, $20 million will go to Shelter the Homeless Utah, the nonprofit organization that owns the existing Salt Lake emergency shelters and will own the new shelters. Donations can be made directly by clicking here.

Salt Lake City Mayor Jackie Biskupski thanked the Millers for setting the standard for others to follow in helping the homeless.

“I look forward to the day when someone can walk into one of the new resource centers and be assessed and put on the path of healing and sufficiency,” Biskupski said. “But we have a lot of work to do.”

Harris Simmons, Board Chairman for Shelter the Homeless, said the homeless issue must include solutions from the government, businesses, faith-based organizations, philanthropists and members of the public.

“Every dollar received will be invested in finding and developing the most effective solutions to measurably improve the lives of those in need and minimize homelessness,” Harris said.

The homeless people who talked to Fox 13 News said they are grateful that help is on the way, but also want to know what resources are available now.

“What is concerning us now is that there is some type of end plan,” said Neil Munn, a resident at the Salt Lake City Rescue Mission. “What is the end plan for our homeless friends?”

Munn said he appreciates that Operation Rio Grande is clearing the area of drug dealers but worries more people will be arrested for just being on the street.

“We have complete respect for the police,” added Munn. “But that’s the big question mark: where do they go?”

Salt Lake County Mayor Ben McAdams said the homeless should go back to The Road Home and other service providers in the area.

“I would say to the homeless, the shelter is safe,” McAdams said. “Come back to Rio Grande to receive services. We want you there.”

Law enforcement agencies involved with Operation Rio Grande agree they are only arresting people for drugs and outstanding warrants---and not for loitering and camping.

“Being homeless is not a crime, dealing drugs is a crime and that’s what were looking at right now,” added McAdams.