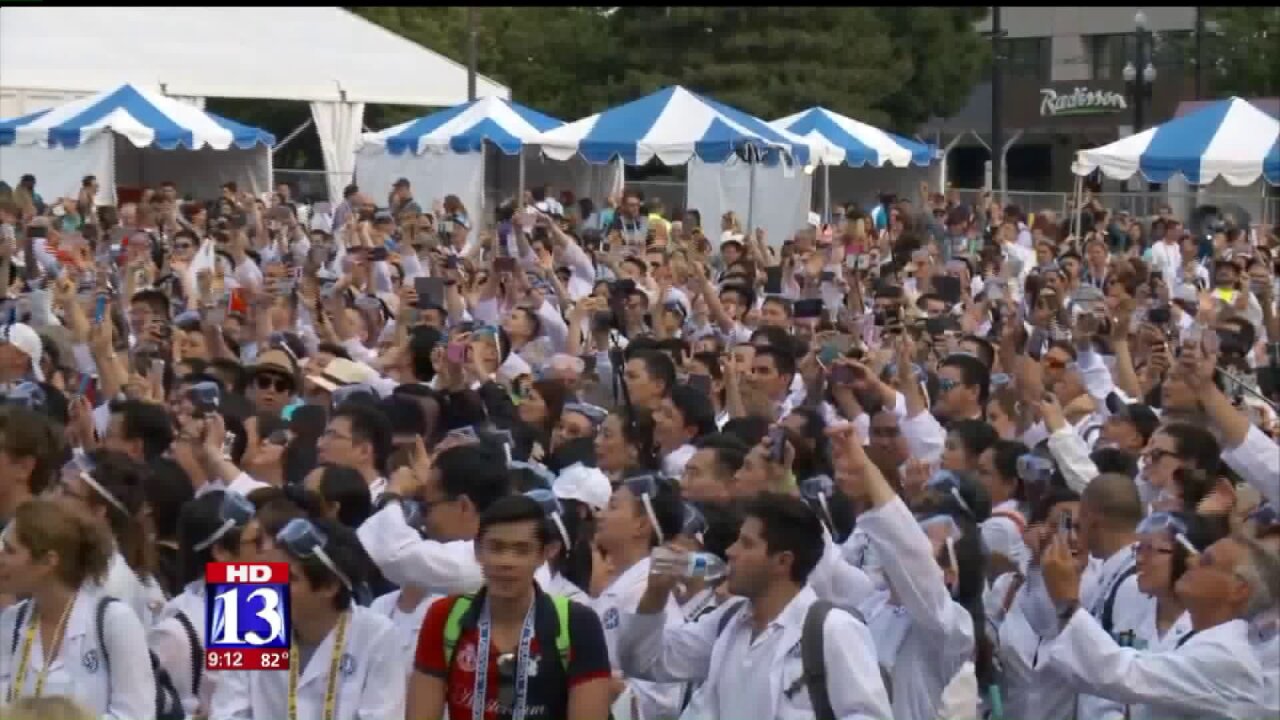 Employees of the company, which is headquartered in Utah, congregated in coordinated attire to set a record for the "largest gathering of people dressed as scientists."

"Well it wasn't that easy, but it wasn't that hard because we've got about 12,000 people here," he said. "We broke the record, and we've still got thousands more standing out here dressed as scientists, we called it good: We'll break it again if we have to."

Doctor Mehmet Oz, seen here on Fox 13, will join the Champions for Change 5K Saturday at 6:30 in the plaza outside the Salt Palace Convention Center.