Stuntwoman dies on set of ‘Deadpool 2’ 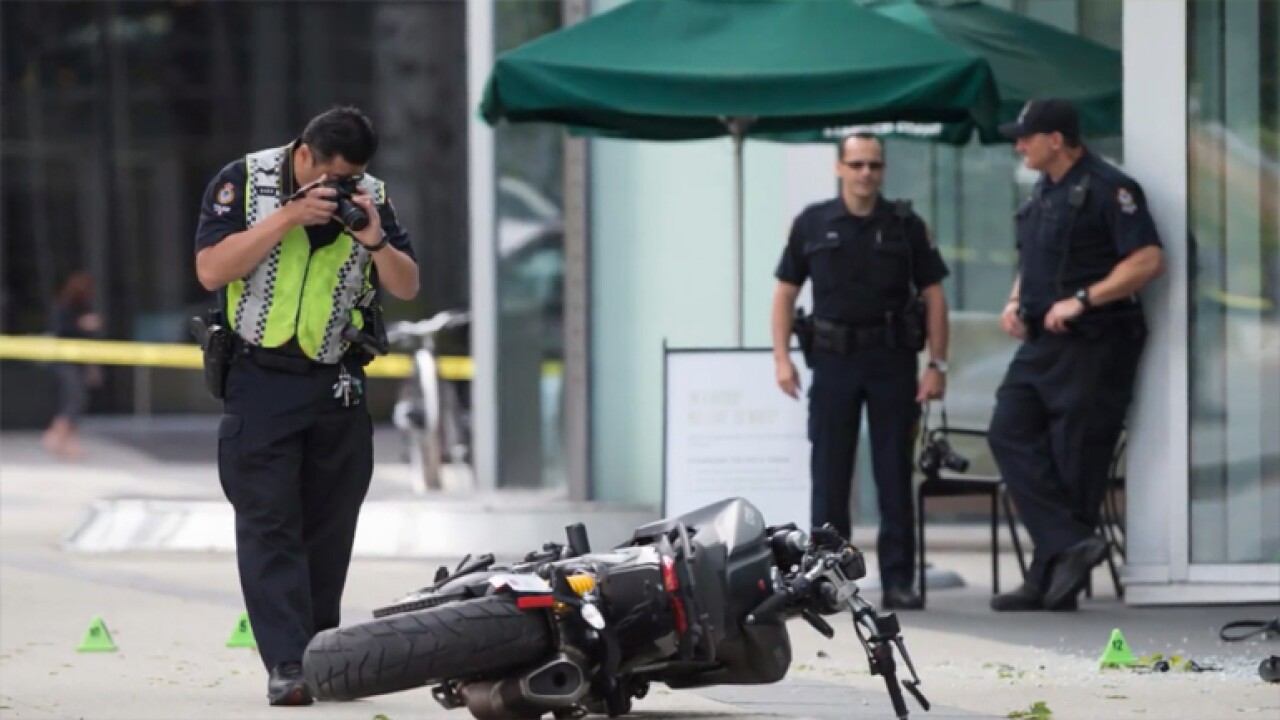 A stuntwoman has died while performing a motorcycle stunt on the set of “Deadpool 2,” according to a statement from the Vancouver police.

The name of the victim has not been released.

WorkSafeBC, which oversees occupational safety in the province, and The Coroners Service of British Columbia are leading the investigation, police said.

The incident took place at the 1000 Block of West Waterfront Road, Vancouver B.C., near Jack Poole Plaza, according to WorkSafeBC and the Coroners Service.

“We are deeply saddened by the accident that occurred on the set of ‘Deadpool 2′ this morning,” 20th Century Fox, the studio behind “Deadpool 2,” said in a statement. “Our hearts and prayers are with the family, friends and colleagues of our crew member during this difficult time.”

“Deadpool 2” is the follow-up to the 2016 film starring Ryan Reynolds that grossed over $363 million domestically.

Hours after the death, Reynolds released his own statement on social media, saying: “Today, we tragically lost a member of our crew while filming Deadpool. We’re heartbroken, shocked and devastated… but recognize nothing can come close to the grief and inexplicable pain her family and loved ones must feel in this moment.”

He added: “My heart pours out to them — along with each and every person she touched in this world.”

Production on the sequel began in late June. At the time, Reynolds marked the occasion with a photo posted to social media captioned, “Feels good to be back.”

Since then, Reynolds, a Vancouver native, has shared numerous behind the scenes sneak peeks.

Last week, he posted a photo with local police, thanking them for their help coordinating a scene that caused road closures and traffic delays downtown. (In his post, he jokingly referred to the film as “Spider-Man.”)

The death is the second such occurrence of a fatal on-set accident in recent weeks.

John Bernecker, a stunt performer for AMC’s “The Walking Dead,” died in July after performing a fall on the show’s Georgia set.

The death was deemed an accident caused by blunt force trauma to the head, according a coroner’s report.

A WorkSafeBC representative said it dispatched five officers to the site of Monday’s fatal accident. Two officers were charged with “inspecting the site for immediate occupational health and safety issues” and three investigated for “cause and prevention under the Workers’ Compensation Act and the Occupational Health and Safety Regulation,” the agency said.

A representative for BC Coroners Service, who says the agency is responsible for investigating “all unnatural, sudden and unexpected, unexplained or unattended deaths” in British Columbia, said its investigation is underway.

“Per the Coroners Act, regarding the privacy of the deceased, the Coroners Service will not be identifying the victim nor confirming identity at this time,” the representative said.