Taylor Swift testifies that groping was ‘horrifying and shocking’ 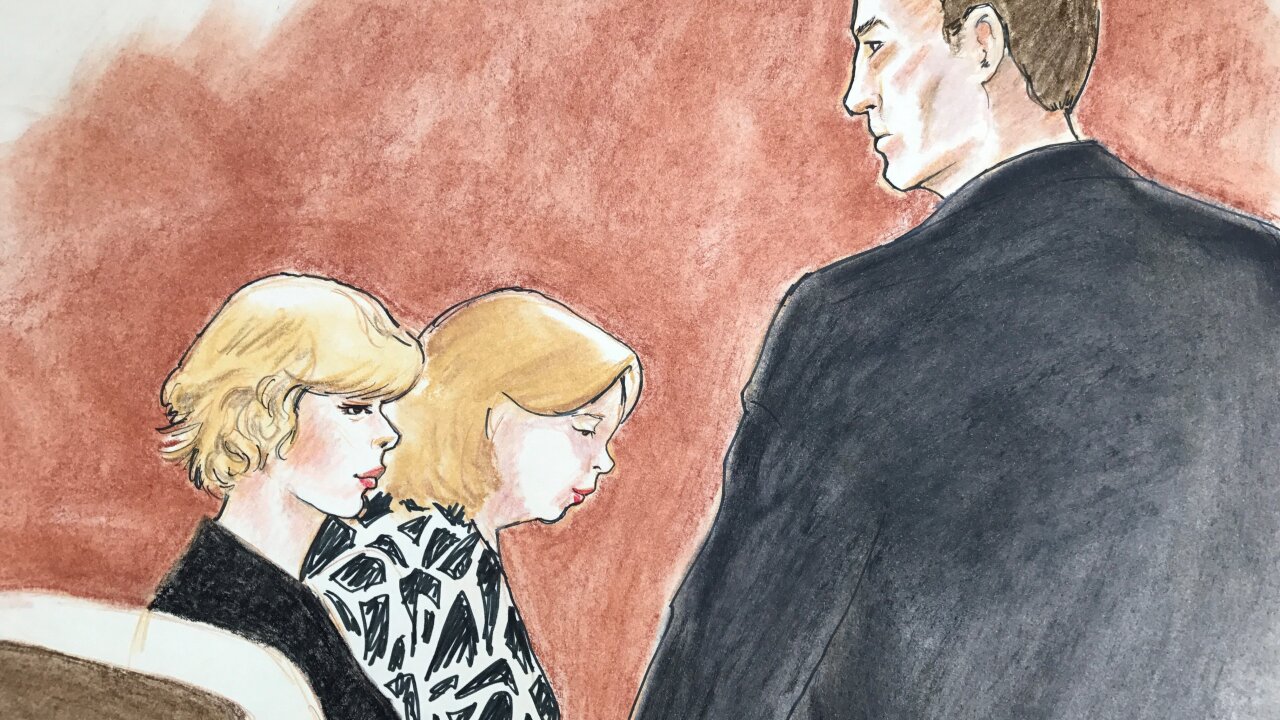 Pop star Taylor Swift delivered firm, spirited testimony in a civil trial on Thursday in describing a “horrifying and shocking” June 2013 incident when a former radio DJ allegedly groped her.

“What Mr. Mueller did was very intentional,” Swift said as she answered questions from Gabriel McFarland, an attorney for David Mueller, the former radio host.

“I am critical of your client for sticking his hand under my skirt and grabbing my ass,” Swift said.

The trial stems from Swift’s allegation that Mueller, a former radio DJ for KYGO, inappropriately touched her at a backstage meet-and-greet at Denver’s Pepsi Center in June 2013. KYGO is a CNN affiliate.

Swift’s team told KYGO officials about the incident, and the station fired Mueller two days later after its own investigation.

In 2015, Mueller sued Swift, her mother, and her radio promotions director Frank Bell, denying the accusation and alleging that they pressured KYGO to terminate him based on a false accusation.

In response, Swift filed a countersuit in which she accused Mueller of reaching under her dress and grabbing her buttocks as they posed for a photo.

Mueller testified that he did not grope Swift and said his career in radio had been ruined by what he said was a false accusation. However, Swift’s attorney Doug Baldridge argued that the incident did happen and that Mueller was suing for fame and money.

A jury of six women and two men will decide the civil trial.

Swift was confident and assertive in her testimony. She rejected Mueller’s claim that their interaction was basic “jostling” for a photo and dismissed the possibility that she had misidentified Mueller.

“This is what happened, it happened to me, I know it was him,” said Swift, who was 23 at the time of the incident.

She said she had no reaction to learning that Mueller, then 51, had been fired over the incident.

“I’m not going to allow you or your client to make me feel in any way that this is my fault, because it isn’t,” she said.

“I am being blamed for the unfortunate events of his life that are a product of his decisions and not mine,” Swift added later.

At one point, McFarland brought up a photo from the meet-and-greet that shows Swift, Mueller, and Mueller’s then-girlfriend Shannon Melcher. Each side of the trial has attempted to use the photo to bolster their argument, but Swift rejected McFarland’s claim that the photo showed nothing inappropriate.

Looking at the photo, McFarland asked Swift why the front of her skirt did not appear to be lifted.

“Because my ass is located in the back of my body,” Swift said.

McFarland also noted that Swift was closer to Melcher than Mueller in the photo.

“Yes, she did not have her hand on my ass,” Swift replied.

Jurors have already heard testimony from Mueller, Swift’s mother, Andrea, and Bell. Austin Swift, the pop star’s younger brother, arrived to court via the main entrance on Thursday, marking his first appearance at the trial.

Swift, one of the most powerful celebrities in the world, has been an everyday presence in this Denver courtroom. Her lawsuit makes the case that her active participation in the trial will “serve as an example to other women who may resist publicly reliving similar outrageous and humiliating acts.”

The photographer who took pictures at the meet and greet told the court she thought Swift had made a funny move during the photo, at first believing she had tripped. Stephanie Simbeck said she is sure Mueller grabbed Swift’s rear end but couldn’t tell whether his hand went under her skirt.

“As they were posing for the photo, I saw her fall into the female, she had an uncomfortable look on her face,” Simbeck said.

McFarland said to her that she didn’t know whether Mueller had groped Swift.

“I do know,” Simbeck testified.

When asked how, the photographer said: “I saw his hand on her butt.”

Simbeck said after the event, when Swift was telling people that she had been fondled, the photographer went to the image of her with Mueller and his girlfriend and showed it to the singer.

Simbeck was the final witness of the day.

Earlier, Robert Call, Mueller’s boss who decided to fire him in 2013, testified about the firing process.

Call said he was “shocked” and “embarrassed” upon learning about the incident and worried how it would reflect on the station.

He and others at the station conducted their own investigation, which included the “damning” photograph of Swift and Mueller, Frank Bell’s description of the alleged groping, and an interview with Mueller.

In that interview, Mueller denied the inappropriate touching yet also suggested it could have been an accident, Call said. Call concluded that he was lying and decided to fire him.

Hershel Coomer, Mueller’s supervisor at the radio station, said that before the night of the concert he had no desire to fire Mueller. Coomer was the person who talked with Bell that night about what Swift said happened then relayed the information to Call.

He was also asked whether it was he who had touched Swift inappropriately, as was alleged in Mueller’s testimony.

Mom was sick to her stomach

On Wednesday, Andrea Swift delivered dramatic testimony as she described learning about the alleged groping of her daughter.

“‘Mom, a guy just grabbed my (rear end) in the meet-and-greet,'” Andrea Swift said her daughter told her.

“I wanted to vomit and cry at the same time,” Andrea Swift said.