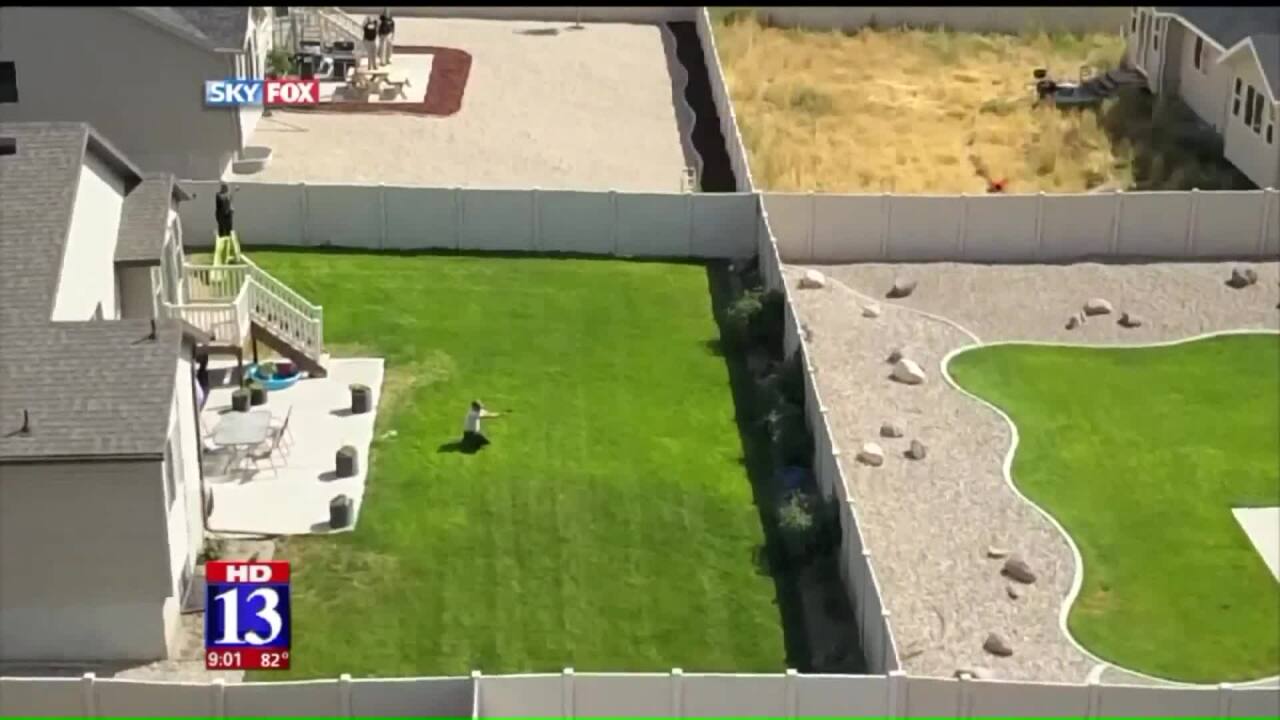 TOOELE, Utah -- A cougar was prowling around a Tooele neighborhood for nearly 3 hours Thursday before it was tranquilized in a back yard.

“Exciting and scary all at once,” said Carolina Burton, who watched out her back window as a biologist with DWR kneeled down, with a tranquilizer gun in hand, aiming at a cougar that was pressed against the fence.

In the video you can see as the biologist pulls the trigger, sending the dart flying. The dart hits the cougar and the cougar runs to the corner of the yard.

“I'm glad they found it, it's easier and safer now. Now we can breathe now,” Burton said.

After examining the cougar, the DWR released him in one of the nearby canyons. The animal slept for about three hours after being hit with the dart, after which he was released.

Wildlife officials say such sightings occur about once a year in Tooele, usually in the fall as young mountain lions are leaving their mother to find their own territory.

Experts say if you encounter a cougar you should not turn and run but should instead wave your arms and make noise to seem larger while backing away.