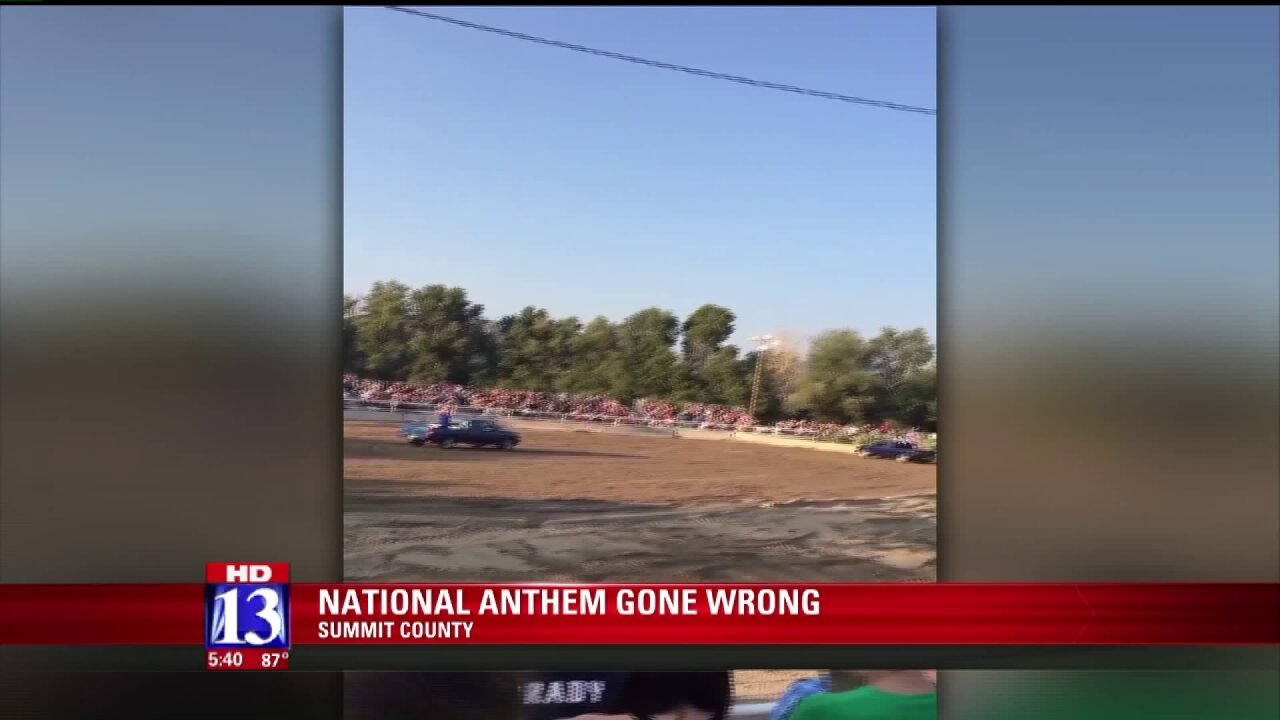 COALVILLE, Utah — Summit County officials issued an apology Tuesday to those who felt the performance of “The Star-Spangled Banner” at Saturday’s demolition derby was sub-par.

“As we start our events with the National Anthem it is our intent to honor the country, its citizens and all who have served. We regret this did not meet that standard,” a Summit County representative wrote. “Moving forward, we will be reevaluating our procedures for securing talent and putting new procedures into policy.”

The vocalist came with high reviews, a Summit County representative said, but she complained about bad feedback in the arena following the performance.

“We’ve received lots of comments on social media. We’ve received emails. We’ve received phone calls and we would agree that the performance on Saturday night did not meet a reasonable expectation of what most would say was a good performance for the National Anthem,” said Summit County spokeswoman Krachel Greenwood.

The county urged attendees of the 2017 Summit County Fair to use the rest of the fair’s events to judge the county’s standards.