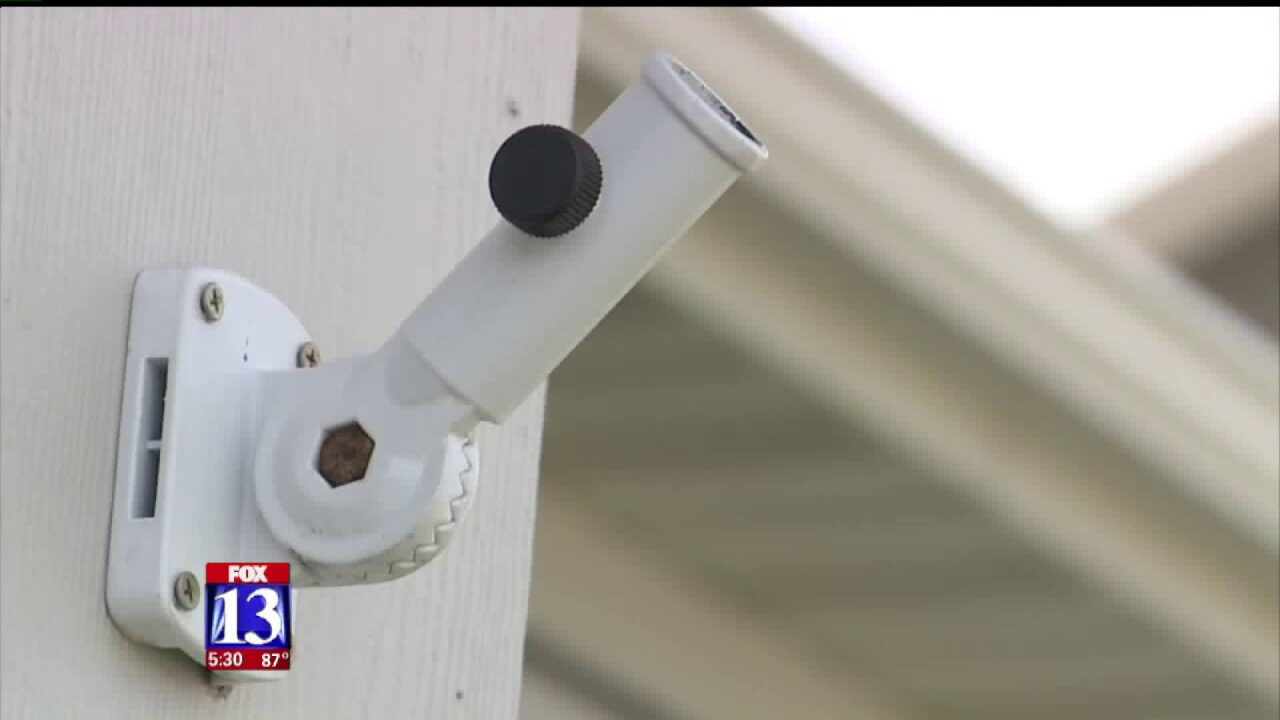 SYRACUSE, Utah — At least eight times since June, American flags have been stolen from the Still Water Estates neighborhood near 2000 W 3700 S in Syracuse.

"Maybe by getting the word out somebody will come forward with the information as to who is taking American flags off the poles," said Detective Erin Behm with the Syracuse City Police Department.

Ryk Rawley didn't need to be told about the thefts, he knew first hand. The flag he was flying was stolen right off the front of his house. He put up the flag four months ago when his neighbor, Master Sergeant Jared Adcock, was deployed to the Al Dahfra Airbase in the United Arab Emirates.

"The whole time he was gone, we figured it would be a nice gesture to fly a flag for him while he was gone," said Rawley.

Rawley had good reason to be appreciative. His father in-law recently passed away. Adcock offered to have a flag flown on a military jet over the Al Dahfra Airbase as a memorial. The flag was properly folded and shipped to Rawley with a certificate to commemorate his father in-law's service.

Both Rawley and Adcock are bothered to see the flags stolen. It's not the money to replace them, it's the symbol of what's being taken.

"I don't think they realize what they're doing or what it means. You know it means a lot to a lot of us. Men and women sacrificed their lives so we could have that flag flown for them," said Master Sergeant Jared Adcock, 729 Air Control Squadron.

Syracuse police are increasing patrols in the neighborhood. The department also posted about the thefts on Facebook, hoping others will come forward, possibly with surveillance video.