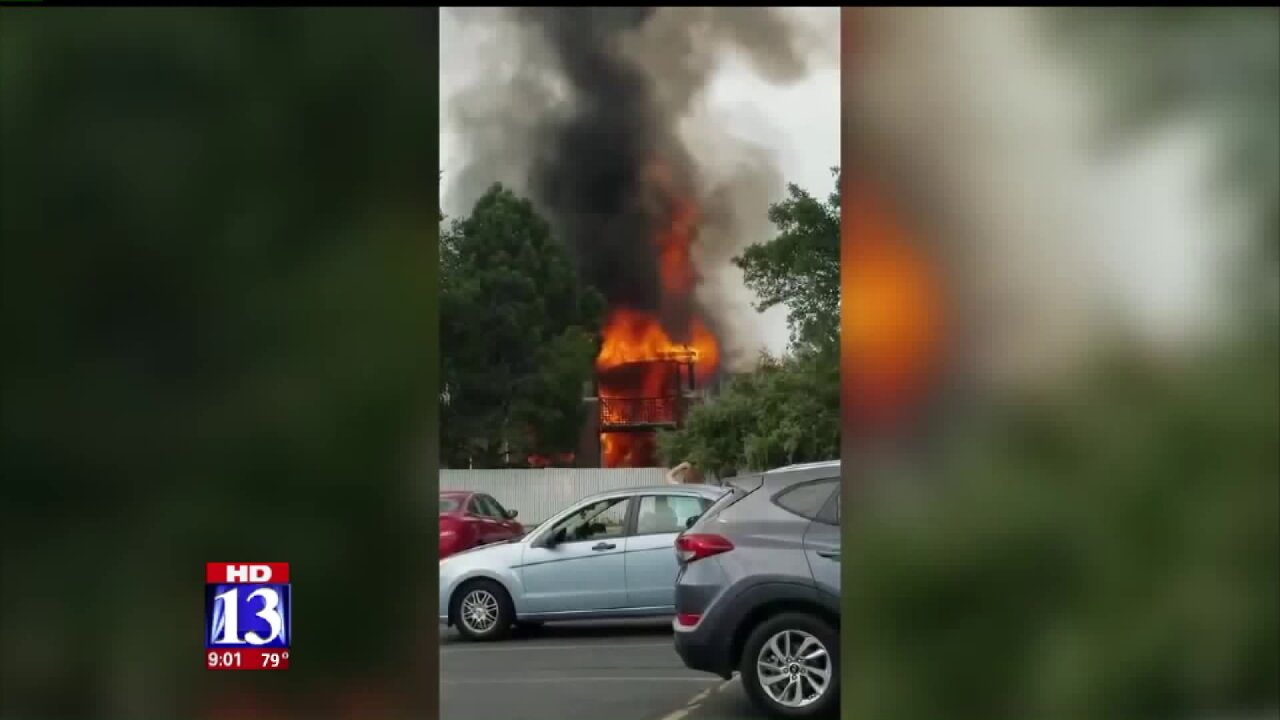 WEST JORDAN, Utah — Investigators determined a cause for the fire that happened Sunday afternoon at Daybreak Hills Condominiums in West Jordan.

The explosion came from a resident's gas oven. Investigators found the knob in the "on" position, but they do not know what ignited it. The only person who could tell them, resident 66-year-old Judy Pedersen, died in the fire.

Originally, rumors were circulating that Pedersen had been smoking while on oxygen, but investigators say that is not true.

“We know that she smoked. We don’t know if that was a contributing factor in this situation. The oxygen and the oxygen concentrator was not a factor in this and did not cause any problems to the fire or make it grow any bigger," said West Jordan Fire Department Battalion Chief Bryan Crump.

The people who lived above Pedersen, 26-year-old Shane Stegen and 23-year-old Hayley Morrison Stegen, made it out with serious injuries.

“They had to drop out of a second story window down onto a concrete parking structure because their escape down the stairwell was blocked by fire," Crump said.

As they recover, others are checking out the damage. Two of the eight condos in the building were not affected by fire, just smoke and water. Those residents wondered if they would ever be able to salvage some belongings.

“They should be able to get back into their condos, get personal items, clean out what they need to, but they’re gonna have to work with both restoration company and the insurance companies to do that," Crump said, adding it could take a while.

Until then, the Red Cross is offering assistance for the 11 people displaced. Crump said the whole building is uninhabitable and he estimated at least $1 million in damage.