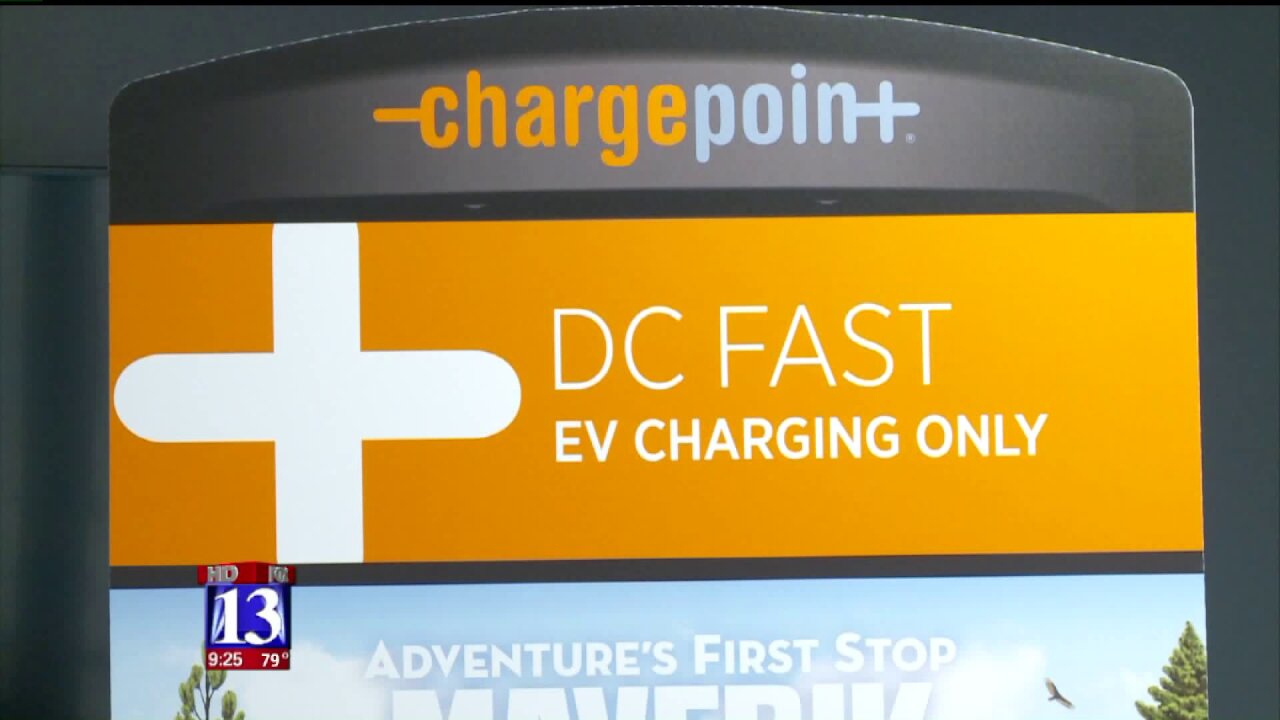 SALT LAKE CITY -- A lot of the newer electric vehicles have a range of about 200 miles, but what if you want to drive from Salt Lake City to Zion National Park?

That journey of more than 300 miles is now easier than ever for those in electric vehicles thanks to a united effort by the Governor’s Office of Energy Development, UCAIR and Maverik convenience stores.

"So the one in our Fillmore store about halfway down to St. George, and the one in the Washington store, which is right where you get off to go to Zion,” said Aaron Simpson, Chief Marketing Officer for Maverik.

The Utah Office of Tourism gave the Office of Economic Development the OK to join its "Mighty Five" national parks campaign, and I-15 from Salt Lake City to Zion is now known as the "Mighty Five Electric Vehicle Corridor."

The new fast chargers, which were announced at a news conference Tuesday, will allow an electric vehicle to be charged in 20-60 minutes.

"We have electric chargers around the valley or people may have electric chargers in their home, but these can be chargers that take a couple hours, a full day, often times in peoples' homes they'll leave them plugged in overnight,” said Laura Nelson, Executive Director for the Governor’s Office of Energy Development.

The group also points out that charging up is cheaper than filling up with fuel.

“The cost per charge is actually less than a tank of gas, so anywhere from a quick charge around $10 to $12—to about $18 to $20 for a more significant charge,” Simpson said.

The Governor's Office of Energy Development thanked Maverik for its role in the project, and UCAIR for funding the new chargers.

The GOED has also provided level 2 chargers and electric vehicles to Utah State University and Utah Valley University as well as Hogle Zoo and Rowland Hall.