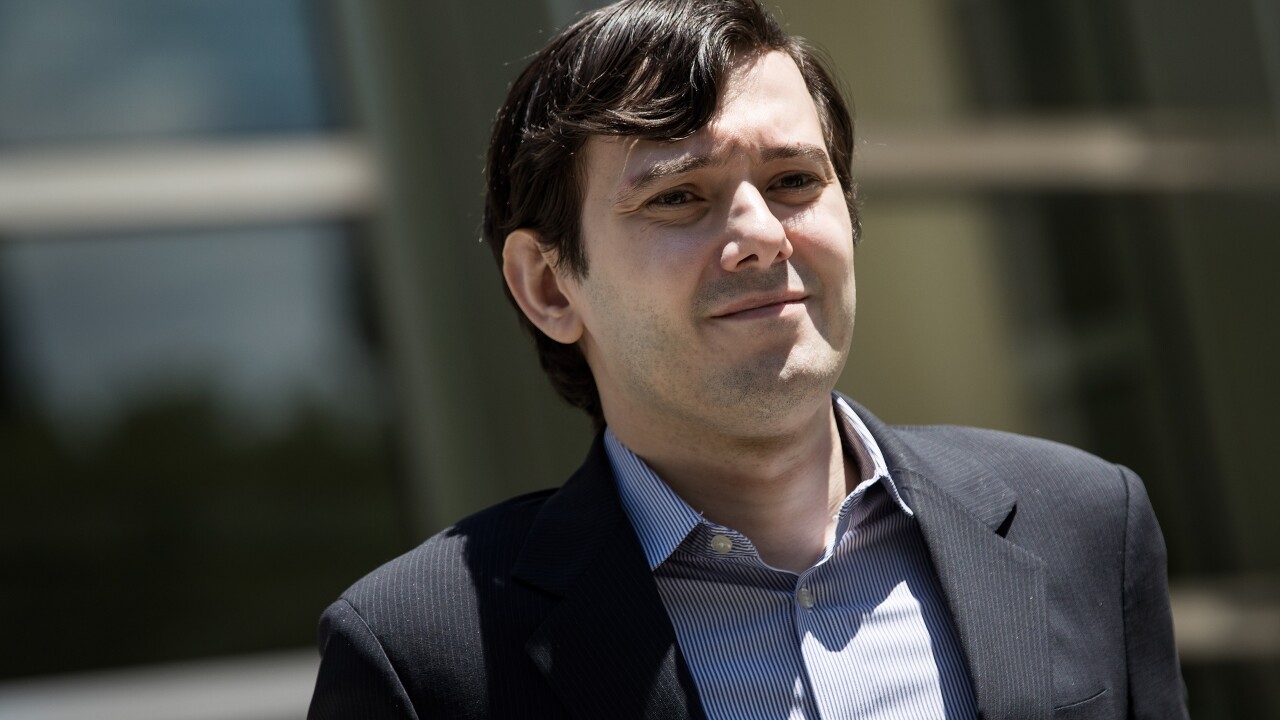 NEW YORK — Martin Shkreli, who gained national notoriety two years ago for jacking up the price of an AIDS drug, was convicted of securities fraud Friday for mismanaging two investment funds.

A jury in Brooklyn deliberated almost five days before returning guilty verdicts against Shkreli, 34, on two counts of securities fraud and a single count of conspiracy. He was acquitted on five other charges.

Outside court, Shkreli called his prosecution “a witch hunt of epic proportions,” and he focused on the acquittals. “Maybe they found one or two broomsticks.” His lawyer, Benjamin Brafman, raised the prospect of an appeal.

Federal prosecutors accused Shkreli of cheating investors out of more than $11 million between 2009 and 2014 in what amounted to a Ponzi scheme.

They said he mismanaged money at the investment funds Elea Capital, MSMB Capital and MSMB Healthcare, as well as while he was CEO of Retrophin, a pharmaceutical company he founded in 2011.

Prosecutors argued that he lied to investors at MSMB Capital and MSMB Healthcare about how well the funds were doing, and that he used money from Retrophin as a piggy bank to pay off MSMB investors, and to cover personal loans and other debts.

His lawyer, Benjamin Brafman, framed his client as an oddball genius who ultimately made his investors richer. He said that Shkreli never intended to defraud anyone, and called him an “honest kid.”

Shkreli drew national scorn two years ago when, as the CEO of Turing Pharmaceuticals, he unapologetically raised the price of an AIDS drug from $13.50 per pill to $750. That episode is unrelated to the fraud case.

In January, he was kicked off Twitter after making unwanted advances toward a magazine editor. He kept up his use of social media throughout the trial, posting videos on Facebook despite efforts by prosecutors and his own lawyer to keep him quiet.