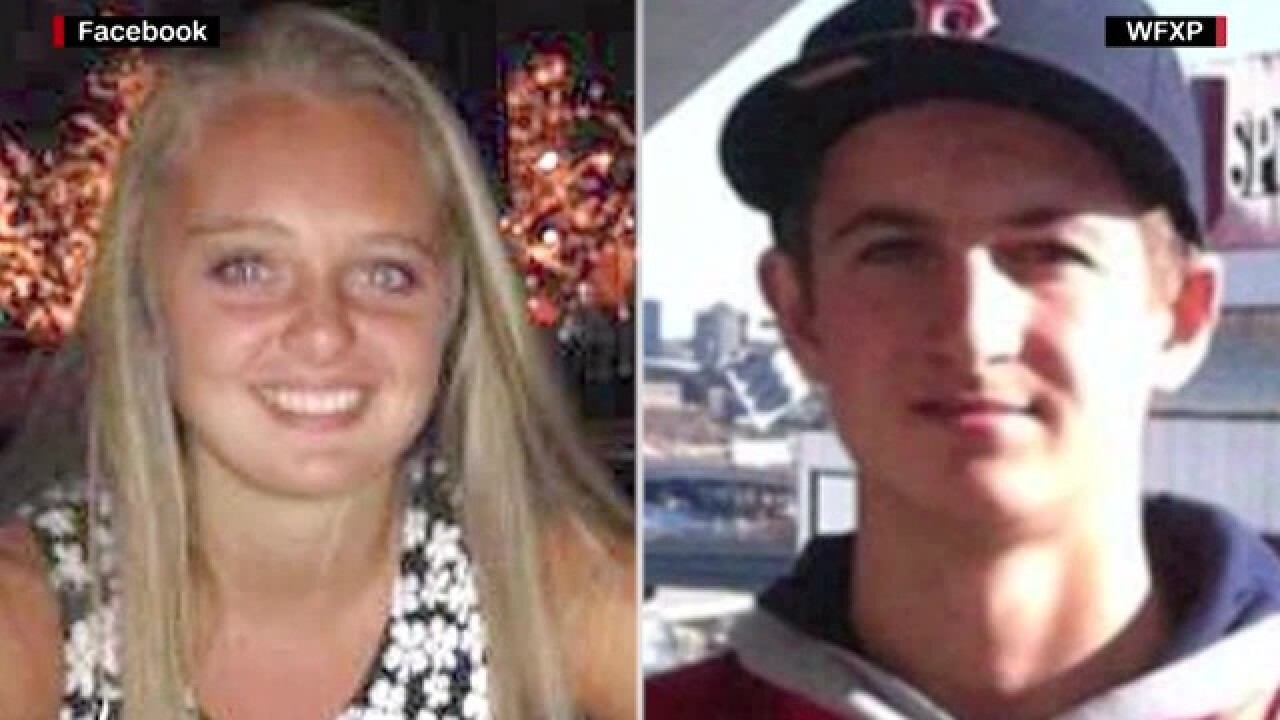 By Ray Sanchez, Natisha Lance and Eric Levenson and CNN

(CNN) — Michelle Carter, whose own words helped seal her involuntary manslaughter conviction in the suicide of her teenage boyfriend, was sentenced to 15 months in a Massachusetts prison Thursday — but will remain free pending appeals.

Hundreds of Carter’s text messages presented as evidence over six days of testimony in June convinced a Moniz of her guilt in a criminal case that hinged largely on the intimate cellphone exchanges between Carter and 18-year-old Conrad Roy III.

Moniz sentenced Carter to a two-and-a-half-year term — with 15 months in prison and the balance suspended plus a period of supervised probation.

Before imposing his sentence the judge heard impassioned statements from the immediate relatives of Roy — a troubled young man who struggled with mental health issues and had attempted to take his life before his 2014 suicide.

Camden Roy, the victim’s sister, broke down on the stand as she spoke of waking up and going to bed each day thinking of her brother. She lamented not being able to attend his wedding or to be an aunt to his children.

Conrad Roy Jr. told the court that Carter “exploited my son’s weaknesses and used him as a pawn” for her own interests.

And Lyn Carter, in a statement read by a prosecutor, said she prays that her son’s death “will save lives some day,” adding that she supports a law making it a crime to coerce or encourage suicide. “There is not one day that I do not mourn the loss of my beloved son,” she said.

Carter appeared to be close to tears as she listened, holding a tissue near her mouth. Bristol Assistant District Attorney Maryclare Flynn recommended a sentence of seven to 12 years in prison, saying Carter “undertook a deliberate, well thought out campaign … for her own personal gain and quest for attention.”

Carter faced up to 20 years in prison but defense attorney Joe Cataldo asked for five years of supervised probation with required mental health counseling. He said his client had been diagnosed with several eating disorders, had been taking anti-depressants and was not a danger to the public.

In the end, Cataldo said, the case involved two young people struggling with mental issues. “This was so unique — these two sad individuals,” he said.

Cataldo added, “The goal is not punitive but rehabilitative.”

Roy, 18, poisoned himself by inhaling carbon monoxide in his pickup truck.

In a 15-minute explanation of his guilty finding last June, Moniz focused on the defendant’s extensive text messages.

“She admits in … texts that she did nothing: She did not call the police or Mr. Roy’s family” after hearing his last breaths during a phone call, Moniz said as Carter cried silently.

“And, finally, she did not issue a simple additional instruction: Get out of the truck.”

The state argued that the evidence was damning. Carter sent Roy numerous text messages urging him to commit suicide, listened over the phone as he suffocated — and failed to alert authorities or his family that he’d died. Moniz agreed.

“This court has found that Carter’s actions and failure to act where it was her self-created duty to Roy since she put him in that toxic environment constituted reckless conduct,” the judge said. “The court finds that the conduct caused the death of Mr. Roy.”

With Carter standing, Moniz said, “This court, having reviewed the evidence, finds you guilty on the indictment with involuntary manslaughter.”

The texts that led to teen’s suicide: Read them here

One July 2012 exchange of texts messages was typical:

Roy’s relatives, who sat near Carter in the front row of the courtroom, wept as the judge ticked through the steps Roy took to end his life, as well as Carter’s complicity. Sitting opposite them, Carter’s family members also sobbed.

Prosecutor Katie Rayburn said after there were “no winners” in the case, which concluded with two families torn apart, emotionally drained and affected for years.

Roy aspired to be a tugboat captain and would be alive if not for Carter’s actions, Rayburn told reporters. He had been trying to better himself, and “we all wish he had the opportunity” to grow up, she said.

During closing arguments, prosecutors said Carter berated her vulnerable boyfriend when he had second thoughts about killing himself, listened by phone as he died and used his suicide to get from friends the attention that she desperately craved.

Carter went from offering “words of kindness and love” to aggressively encouraging Roy via text message to carry out longtime threats to commit suicide, Rayburn told the court.

Rayburn reminded the judge of text messages in which Carter encouraged Roy to get back in the truck. In text messages to a friend, she described hearing his final words and breaths on the phone.

Roy’s body was found July 13, 2014, a day after his suicide in his parked truck in a Kmart parking lot in Fairhaven, nearly 40 miles from his home.

Defense: ‘Tragic … (but) not a homicide’

Carter’s attorney said she was a troubled, delusional young woman who was “dragged” into the suicidal journey of Roy, who had long been intent on killing himself.

“The evidence actually established that Conrad Roy caused his own death by his physical actions and by his own thoughts,” defense attorney Cataldo said. “You’re dealing with an individual who wanted to take his own life. … He dragged Michelle Carter into this.”

Carter was “overwhelmed” by Roy’s talk of suicide while at the same time dealing “with all of her baggage,” including the side effects of medication for depression, Cataldo said. “It’s sad, it’s tragic,” he said. “It’s just not a homicide.”