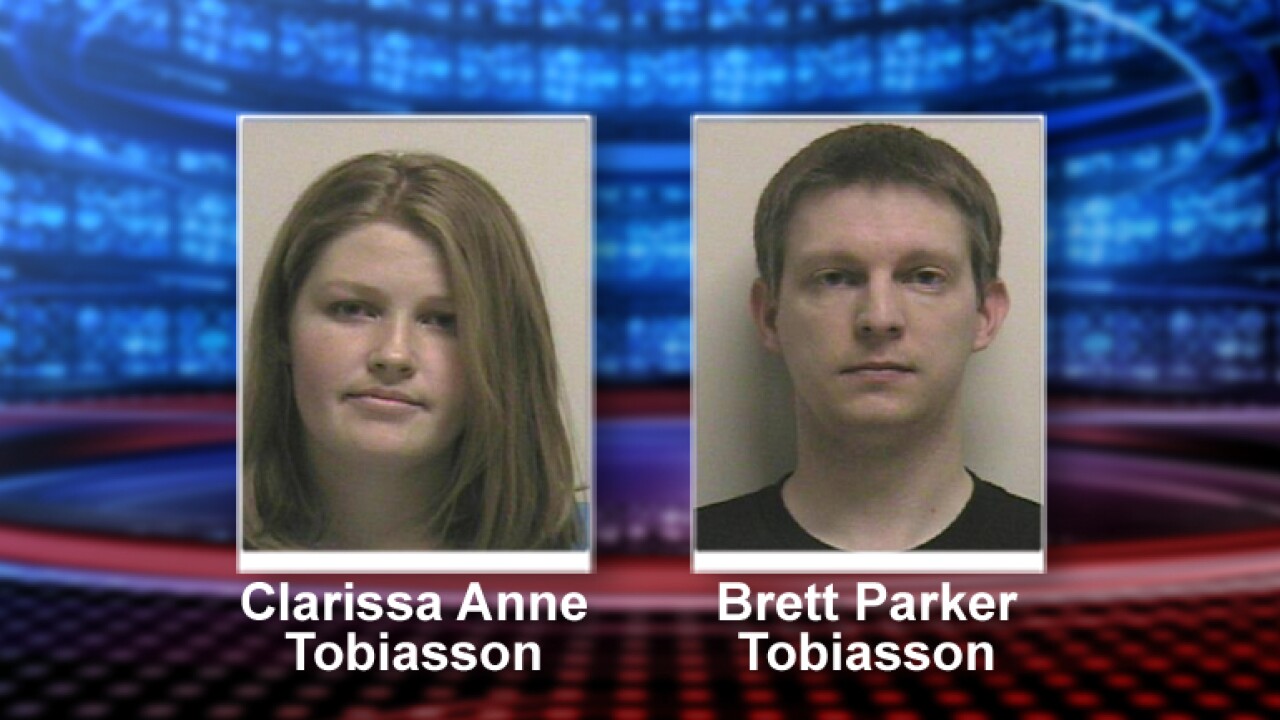 EAGLE MOUNTAIN, Utah -- A married couple has been arrested in Eagle Mountain on felony child abuse charges after they allegedly forced a young boy to stay in a small room with no lights or access to a bathroom and fed him a diet that "consisted largely of carrots."

According to a press release from the Utah County Sheriff's Office, police arrested 27-year-old Clarissa Anne Tobiasson and her husband, 31-year-old Brett Parker Tobiasson, Thursday on charges of child abuse.

The arrests come after several months of investigation by the Utah Division of Child and Family Services, who interviewed witnesses and victims in the case. Police learned a 6-year-old boy, who was 5 at the time the alleged abuse began, would be locked in a basement room at night.

The basement room was roughly 10-feet by 10-feet and had no lights and a loose carpet over the floor. The boy was only given a mattress and blanket to sleep with, and he would be locked in that room from about 6 or 7 p.m. each night until after 6 a.m. the next morning.

"The boy described that he would go to the bathroom while in the room and put the waste in a hole in a wall so he would not get in trouble," the press release states.

Investigators allege the boy "was fed a diet that consisted largely of carrots."

Police state the 6-year-old victim was adopted by the couple, as was his 2-year-old brother. The couple also has a 2-month-old girl.

The young boy is now in the care of his grandmother, while the 2-year-old and 2-month-old are in the custody of the Division of Child and Family Services.

The Tobiassons were booked into jail on one count each of child abuse as second-degree felony. Bail has been set at $10,000.

"In this case 'serious physical injury' is defined by statute as anything that 'causes serious emotional harm to the child' or 'any conduct toward a child that results in severe emotional harm, severe developmental delay or intellectual disability, or severe impairment of the child's ability to function,'" the release states regarding the charges brought against the couple.