Speed skater from India training at the Utah Olympic Oval 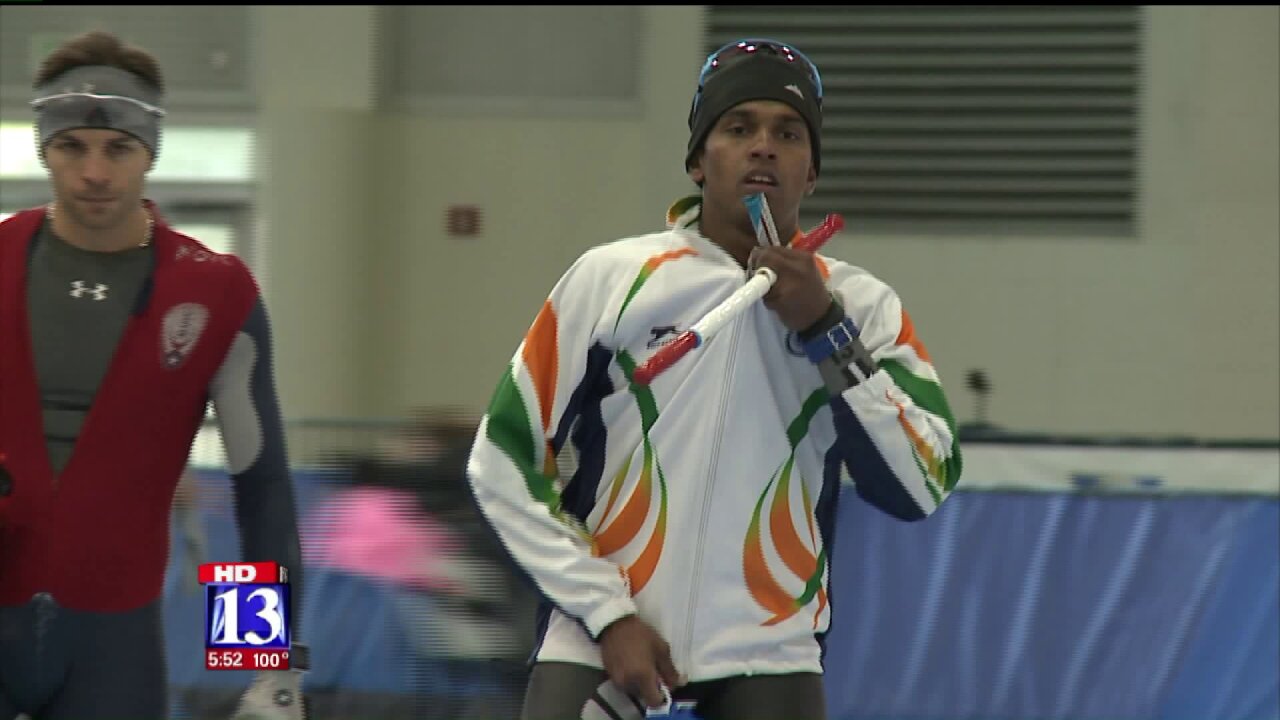 KEARNS, Utah -- Stephen Paul is the first Speed Skater from India to qualify for the Olympic World Cup, and he trains in Salt Lake city at the Utah Olympic Oval.

Paul began inline skating at the age of eight, but four-and-a-half years ago decided to switch to speed skating in hopes of making it to the Olympics.  He chose to train in Salt Lake City due to the success of athletes and programs here, saying Salt Lake has the best ice in the world.

In the past four years, Paul has improved from Top 50, to Top 40, 30, ten, and last year finished in  the Top Five of the American Cup (the top three went to the 2014 Olympics for the United States). This year, he has been 100% dedicated to the sport, quitting his job to stay focused, and has been working on his mental health.

Thirty-six athletes will compete at the 2018 Winter Olympics in Speed Skating, all of which must first quality for the World Cup.  Paul has successfully qualified in mass start, a 16 lap race with no lanes, but hopes to quality in his two favorite events: the 500 meters and 1000 meters.  Currently, Paul is .02 seconds away from qualifying for the 1000 meters, and .26 seconds from the 500 meters.

Paul said the chances of making it to Pyongyang in February are likely.

“If you really see the Olympic results, everybody in the games, the winning and the losing, are a second, or second point two. I just started four and a half years ago, and there are people who are behind me who have been training for ten years.”

Salt Lake city will host a World Cup December 8-10, 2017 at the Utah Olympic Oval, where it is likely Paul will compete.

To help fund his Olympic journey, FISSA (Friends of Indian Speed Skating Athletes) have set up a Go Fund Me page.