Mountain lion found in downtown SLC, officers forced to put it down 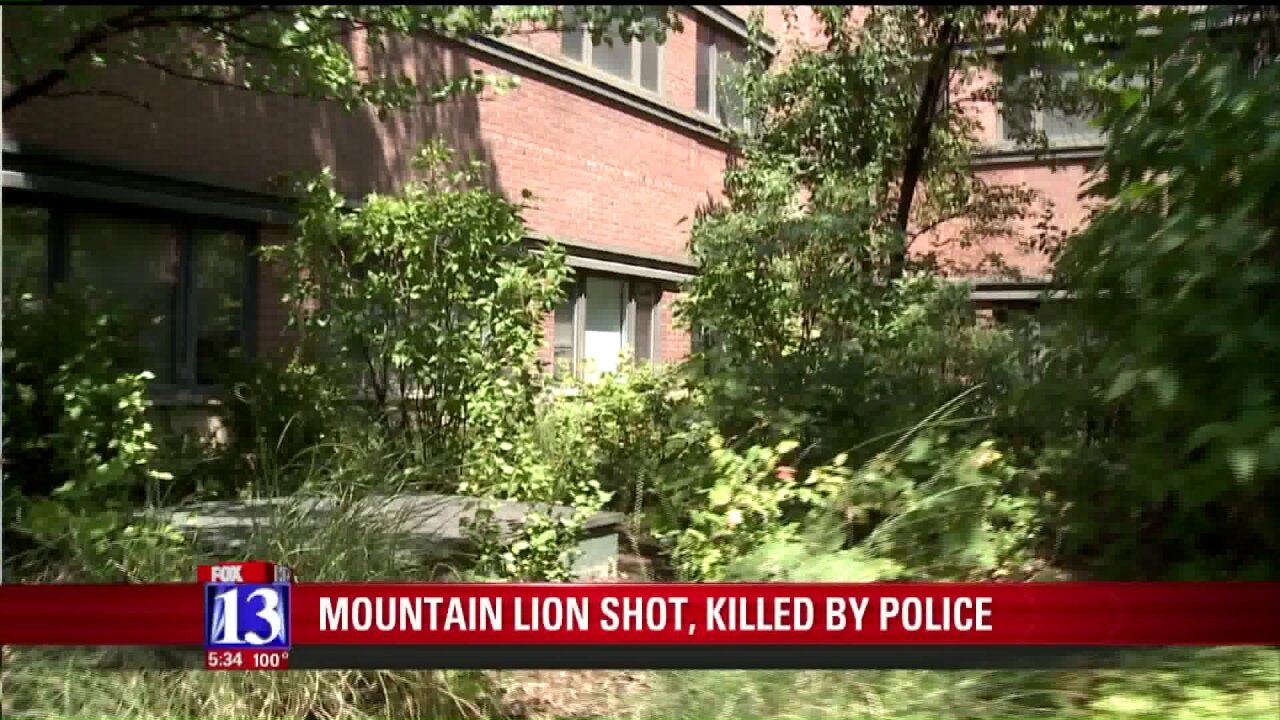 Officers spotted the big cat at 15 S. 500 E. and set up a containment to hold the animal until wildlife officers got there.

It took them almost two hours to arrive.

"When you're trying to get drugs, it's never as quick as anybody wants so the timing is not always perfect," Riley Peck said, Wildlife Program Manager for the Utah Division of Wildlife Resources. "Due to the sensitive nature of drugs, we do not keep them in a location that is easily accessible."

Authorities said the cat was calm when DWR officers and a biologist arrived.

"The cougar was just laying down by the building, just taking it easy," Peck said.

Two attempts were made to tranquilize the cougar but neither dart hit its target.

At that point, the cougar took off running and a Salt Lake City Police officer made the decision to shoot it.

"The officer felt that for his safety and that of the public, this is a very residential area, he felt that he had to put the animal down," Sgt. Shearer said.

The wildlife officer said he understood why the officer fired at the cat but added that, based on his experience with wild animals, the cougar was trying to get away.