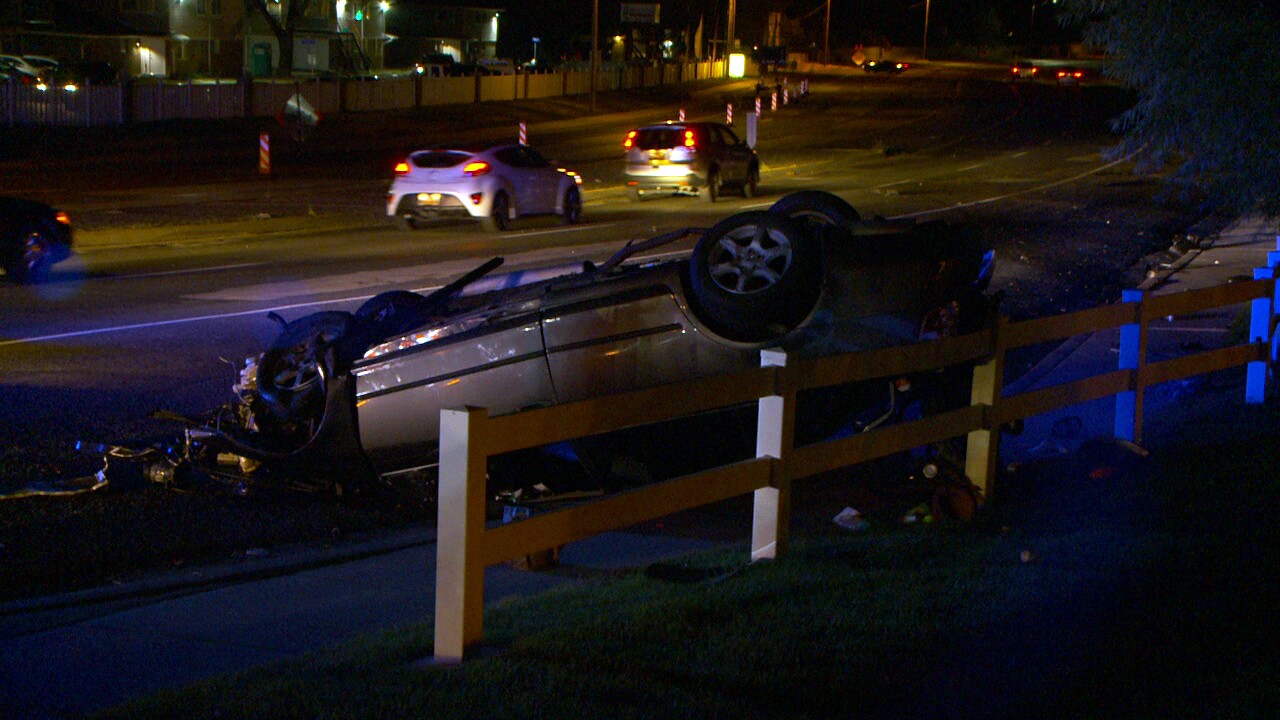 SALT LAKE CITY -- Around 9 p.m. Saturday, a woman left her car running at an apartment complex at 720 South 900 West in Salt Lake City.

She left her one-year-old son in the car as she got out to quickly knock on a friend's door. In an instant, a 21-year-old man jumped in her car and took off.

“I hear like a lady saying, 'No! My baby! My baby!’" he said. "So I come out here to check and then like I see her running and then she was like ‘My baby was in that car!’”

Moore said he quickly ran back inside his apartment to tell his roommate, Jay Reza.

“I legally carry weapons so I ran, grabbed the weapon, grabbed a shirt - I actually ran out with no shirt ...put on the shirt, jumped in the Yukon,” Reza said, recalling his immediate reaction to the news.

He and Moore said they saw the mother run down the street after her car, so they drove in that direction. Reza said he called 911 dispatch to get a description of the car, and they drove around looking with police for a short time.

Reza then stopped at the 7-Eleven where police and family were waiting. He said it was hard to watch as the mother paced.

“This is an area where you have to be on your toes ‘cause you never know," he said. "I mean life can just hit you like that. And I have a 3-year-old myself. I’m a father. It’s a father instinct."

Within 30 minutes of the car-jacking, police got word the baby had been dropped off at IMC in Murray, unharmed. Hearing the news, the mother broke down. Reza and Moore said they are very glad mom and baby have been reunited.

Speaking of the situation, Reza said: “I mean it’s something that we probably all overlook sometimes, but we are in an area where it’s high homeless traffic, high drug use traffic. So you gotta be careful.”

Sunday evening police said the suspect was still in the hospital after crashing the car near 3900 South and Redwood Road Saturday night. Lt. Robin Heiden said they are waiting for the suspect to be discharged so they can book him into jail, at which point police will release his identity.