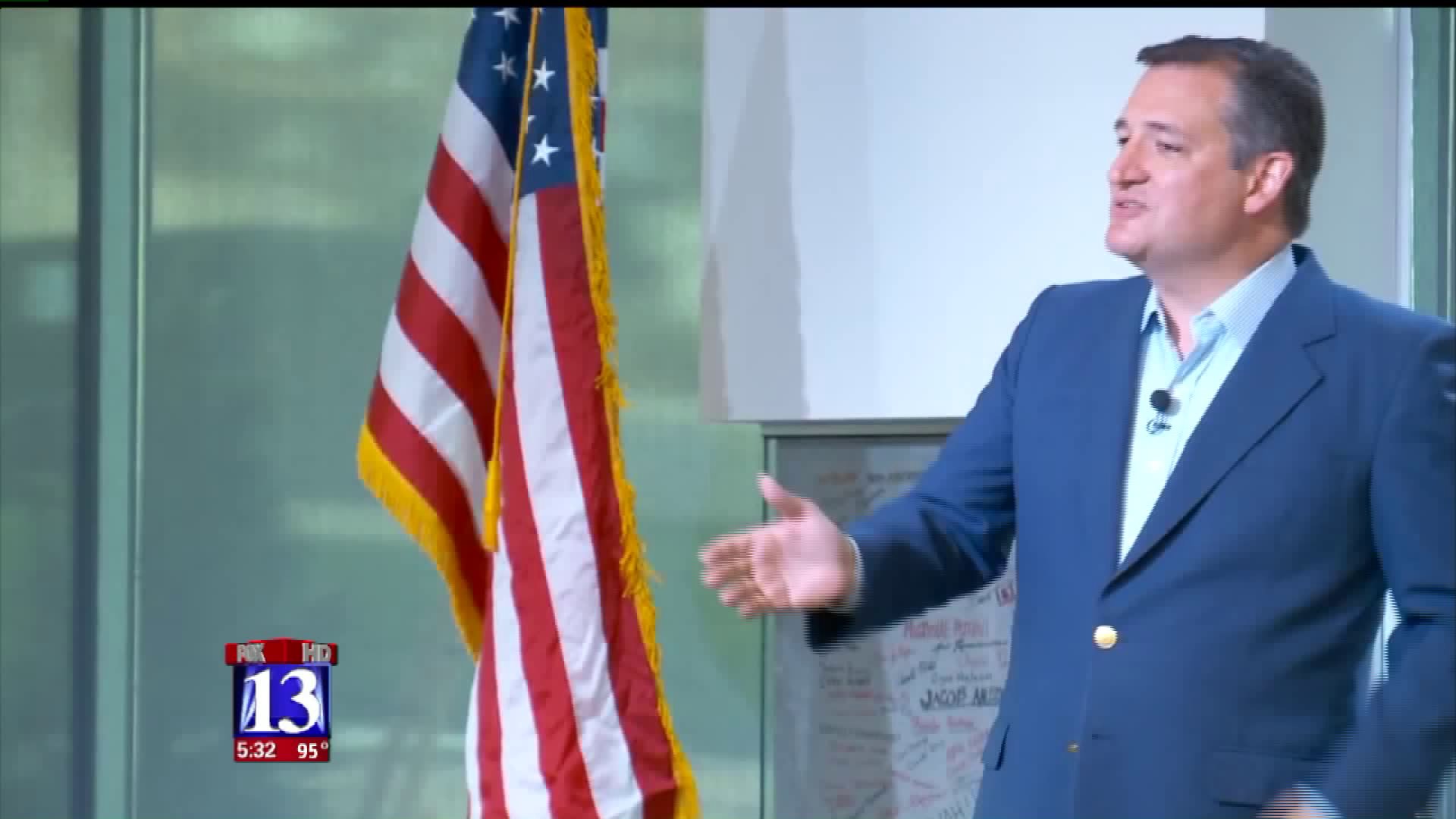 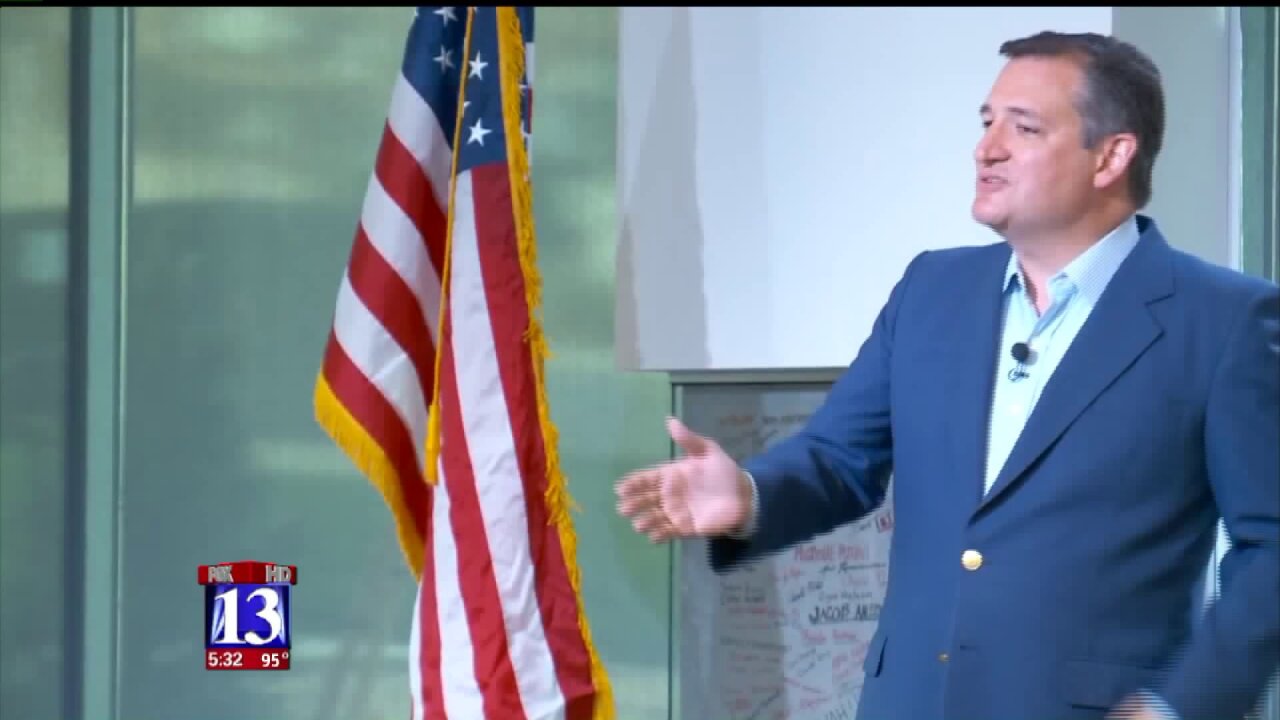 At a rally at Entrata in Lehi, the senator said he hopes the message he and Herrod shared with reporters will resonate with voters.

Herrod is running for the seat vacated by former Representative Jason Chaffetz. He supported Senator Cruz when he sought the Republican Presidential nomination in 2016, and Cruz was Utah's pick for the White House in the Republican Primary.

Saturday, Cruz returned the favor, and said Herrod's record speaks for itself. He said he believes he speaks on behalf of many conservatives who are tired of electing people who "talk the talk" but do not "walk the walk."

“The reason I’m supporting Chris here is we need real conservatives," Cruz said at a press conference prior to the rally. "We need conservatives who know what they believe and who will do what they say they will do. So many of us are frustrated out of our minds with candidates who will give a great talk on the stump and then go to Washington and become somebody else."

Herrod echoed those sentiments when addressing the crowd Saturday, sharing personal stories from his childhood that he said helped mold the beliefs he has held for a long time and still stands for today.

Some of those beliefs he discussed briefly at the rally, including the need to repeal Obamacare, which was met with a roar of applause. A few protesters were quick to question Cruz for the same stance, and were promptly booed out of the rally.

Herrod also discussed his beliefs in the Republican platform; he said that includes his support of public lands. His top priority in Washington, he said, would be to rescind the Antiquities Act, get rid of Bears Ears, and "start the process over."

Lastly, he wanted to make clear he would do as Cruz told the crowd earlier and stand by his word.

According to the Salt Lake Tribune-Hinckley Institute of Politics Poll done earlier this week, Herrod is running last of three Republican candidates looking to take Chaffetz's seat. Sen. Cruz said he wanted everyone in the crowd to tell their friends and family to vote Herrod, suggesting if they tell nine of those people, it would be like "voting ten times."