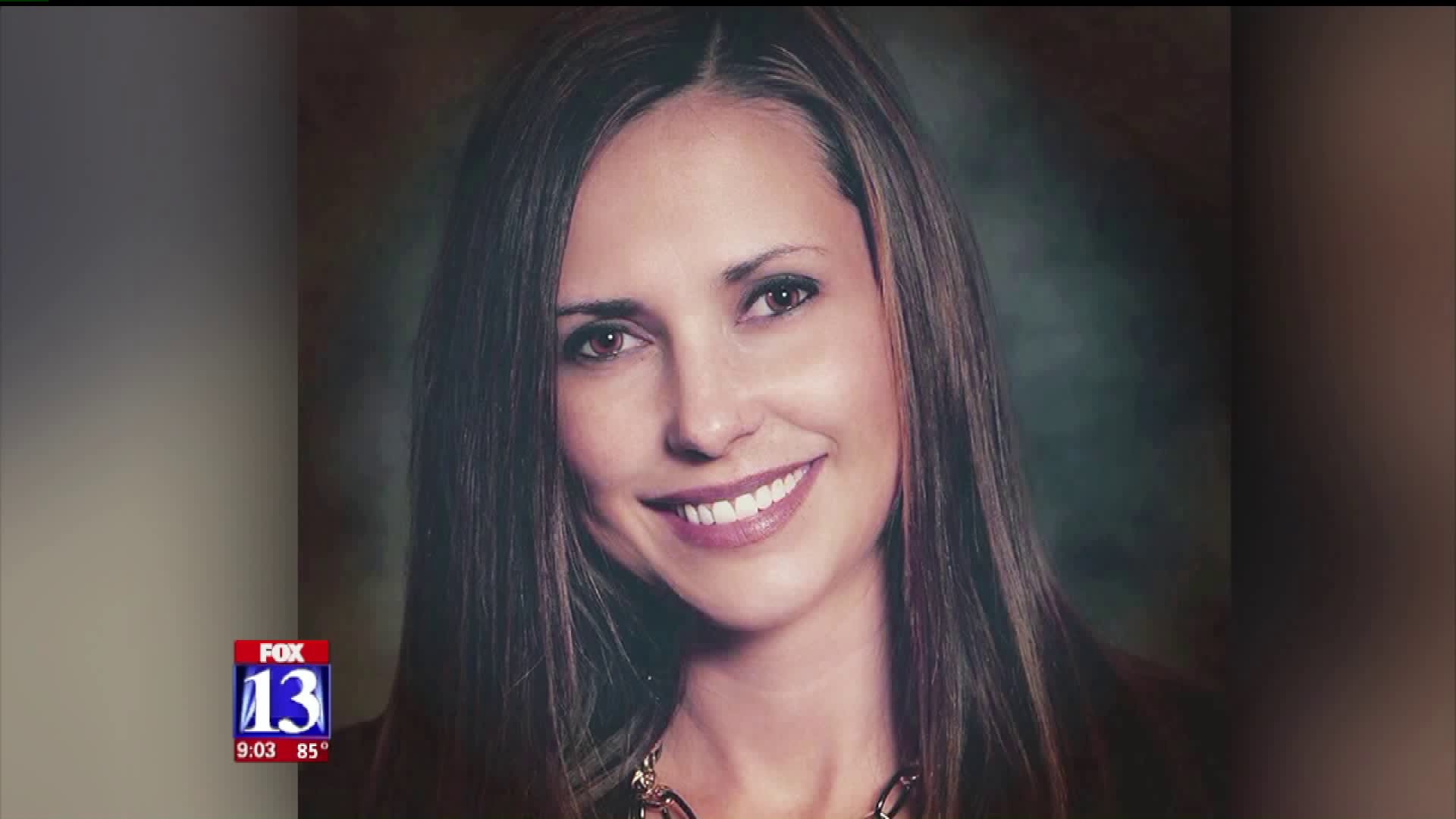 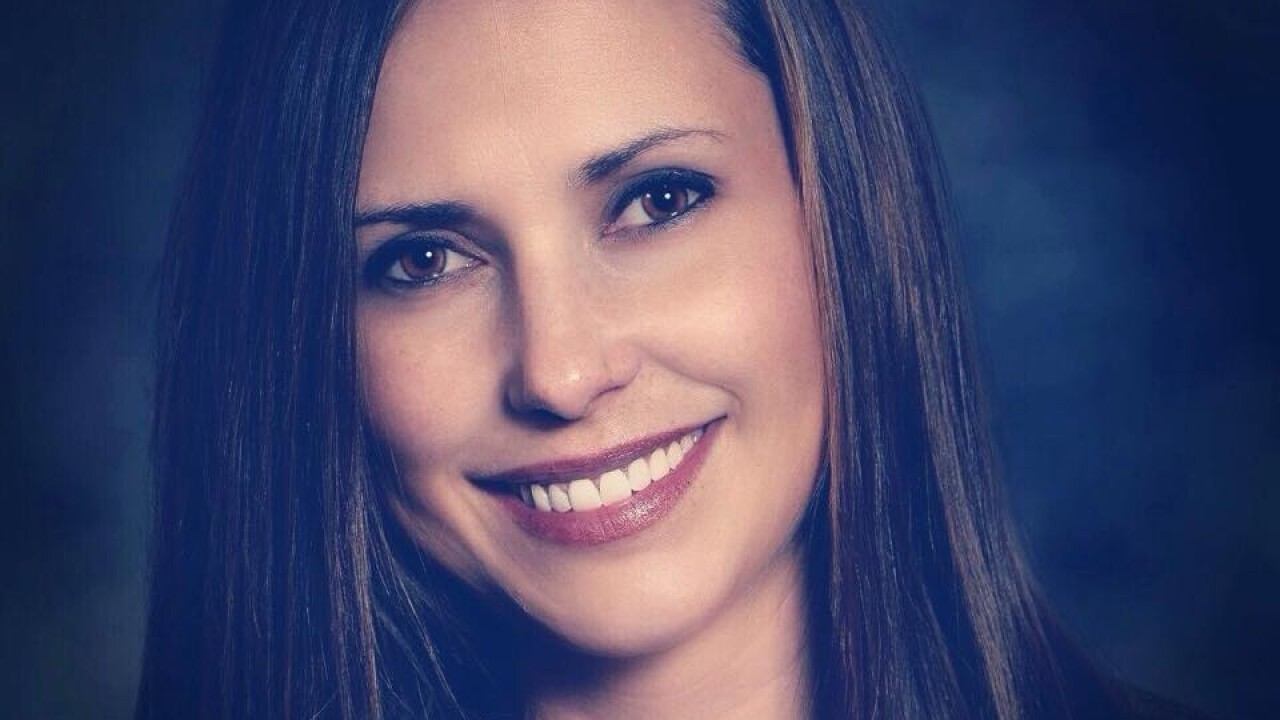 JUNEAU, Alaska — The FBI has identified the Utah woman who was killed Tuesday in a domestic violence incident aboard a cruise ship off Alaska.

The victim was 39-year-old Kristy Manzanares, according to KTVA-TV.

The victim's husband, Kenneth Manzanares, has been charged with murder in connection with Kristy's death.

The incident occurred around 9 p.m. Tuesday.

According to an FBI agent involved in an investigation of the case, a witness entered the cabin Kenneth and Kristy were staying in and observed Kenneth Manzanares with blood on his hands and clothing.

"She would not stop laughing at me," Kenneth Manzanares told the witness, according to a search warrant affidavit.

The affidavit said the witness observed Kenneth "grab [Kristy's] body and drag her toward the balcony" in their cabin.

"{The witness] then grabbed the ankles of [Kristy's] body and pulled her back into the cabin," the affidavit said.

A security officer aboard the cruise ship handcuffed Kenneth Manzanares and detained him in an adjoining cabin, the affidavit said.

"My life is over," Kenneth Manzanares spontaneously told investigators as he was being searched for physical evidence, according to the affidavit.

An FBI spokeswoman said Kenneth Manzanares is being held in Juneau Thursday and he'll make his initial court appearance via video conference.

Julie Thayer has been friends with Kristy Manzanares for years, and she said Kristy and her husband were high school sweethearts.

"My heart sank," she said of learning the news. "Just heart sick, I couldn't believe it."

Thayer said Kristy was a friendly person with a lot of strength and empathy.

"She just had a lot of strength about her and compassion and empathy, and she could just be a friend to anyone she came in contact with," Thayer said.

Law enforcement agencies in Alaska do not release mug shots to the media.

The Princess Cruise ship, Emerald Princess, was in the middle of a seven-day Alaskan cruise, but after the incident it was diverted and docked in Juneau.

Passengers tell Fox 13 it was around 9 o’clock Tuesday when they heard a group of people fighting.

Shortly after, screams echoed through the hallways of the Emerald Princess. Then the captain's voice boomed over the intercom.

“He was very worked up, he said, 'Everyone, we need all medical, security, all personnel to deck 9 and deck 14'; and that scared me because I’m on deck 14,” said Megan Morr, a passenger on the Emerald Princess.

Passengers say they heard two men and a woman fighting on their balcony, an argument they say then continued on in the hallway.

“People were running through the hall with blood all over them and trying to get security,” Morr said.

Passengers say they didn't know the 39-year-old Utah woman was dead in a room. All they saw was a man trying to jump off the ship.

“They were on deck 7 and he tried to run up to deck 9 to jump off the ship, but security grabbed him before he could jump,” Morr said.

An announcement came the next morning, letting the thousands of passengers on board know there was an unexpected change to their cruise itinerary.

“Unfortunately we won't be going because last night a 39-year-old Utah woman was killed by her husband the FBI will be joining the ship within the hour,” Morr said.

More than a dozen FBI agents got on board.

Calls have been placed, but the FBI has not confirmed any of the information shared by Morr. Princess Cruises has only released a short statement confirming an incident happened that led to the death of a Utah woman.

“People on the ship are a little more somber, clearly it's not something you expect on a cruise and we're hopeful they find some answers very soon for the family,” said Tauna Lockhart, a passenger on Emerald Princess.

It wasn't until ten hours after the FBI showed up that they were able to get off the boat.

As of Thursday afternoon, Kenneth Manzanares is being held in a facility in Juneau, according to a

“It is with a very heavy heart and great sadness that I announce the untimely passing of a member of the Summit Sotheby’s International Realty family. Kristy Manzanares has been a trusted advisor and valued sales associate in our St. George office since the firm announced its expansion to Southern Utah a few years ago. Kristy’s talents, integrity, and passion for the real estate brokerage business will be missed by all not only in St. George, but throughout the state of Utah. Kristy was a dedicated and loving mother who juggled her business schedule to make her children the top priority. We will miss Kristy’s vibrant personality, welcoming smile, kind heart, and compassion for everyone she met.”

"Princess Cruises can confirm that a domestic dispute occurred onboard Emerald Princess at approximately 9:00pm on July 25, resulting in the death of a 39-year old female guest from Utah.

Since the incident, our fleet security team has been coordinating with the FBI, U.S. Coast Guard and other local authorities.

Our thoughts and prayers are with the family and all those impacted by this tragic event.

Emerald Princess is on a 7-day roundtrip cruise that departed Seattle on July 23.  The scheduled scenic cruising of Tracy Arm Fjord for July 26 was canceled as the ship sailed directly to Juneau.   At 11:15pm on July 26, the ship departed Juneau for Skagway, continuing its scheduled cruise.

Guests who had shore excursions booked for Tracy Arm Fjord will have their shipboard folio credited automatically, and pre-paid shore excursions will be refunded. Additionally, in light of the impact on guest’s cruise vacations, Princess Cruises has issued each guest a $150 onboard credit."

A GoFundMe account has been set up to help the family with funeral expenses.