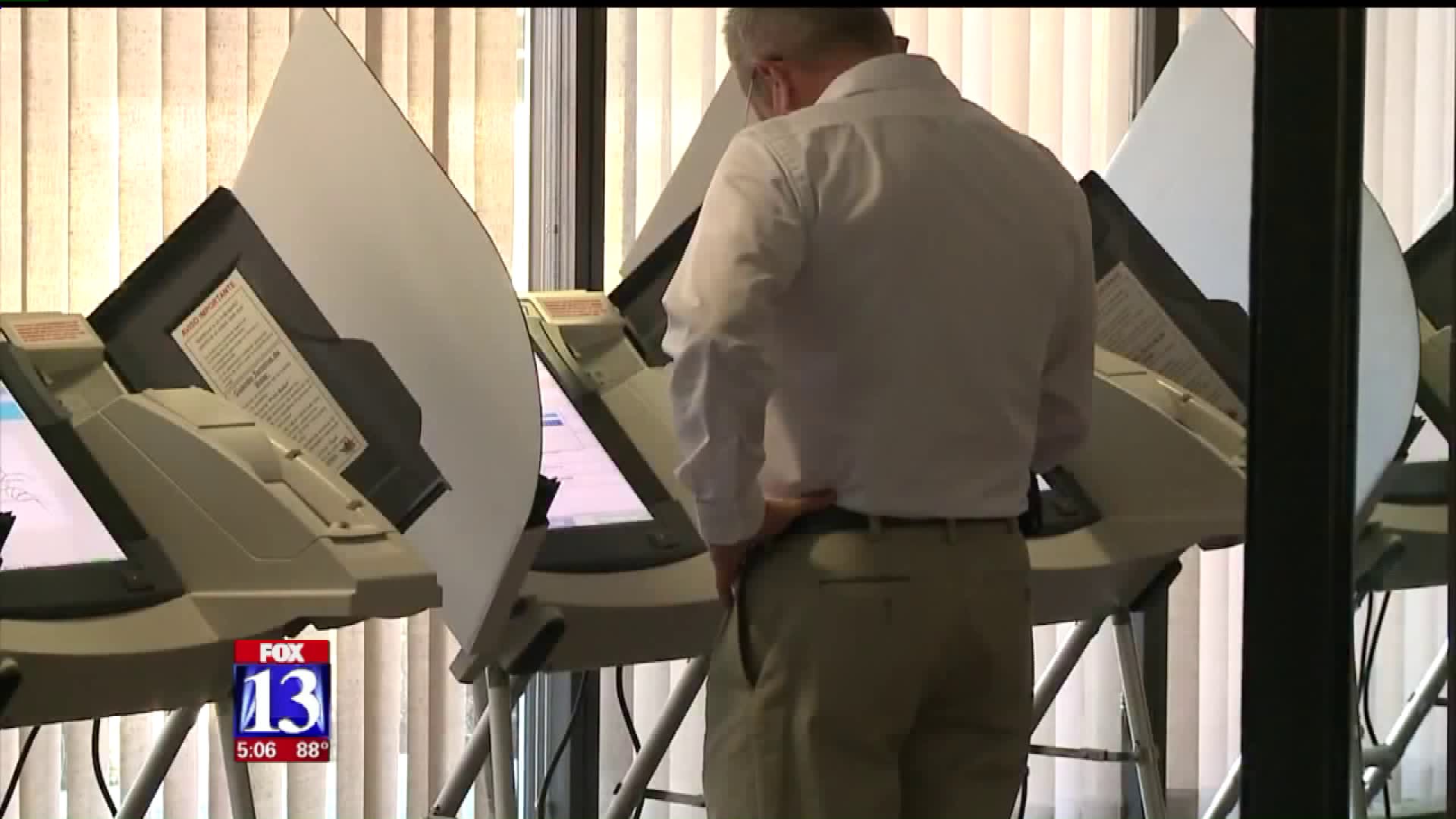 SALT LAKE CITY -- A ballot initiative has been filed to create an independent commission in Utah that would draw the lines for congress, state legislature and school board.

A group calling itself Better Boundaries filed the ballot initiative with the Lt. Governor's Office on Thursday morning. It is being backed by former Salt Lake City Mayor Ralph Becker (a Democrat) and former Utah Dept. of Alcoholic Beverage Control Commissioner Jeff Wright (a Republican).

In an interview with FOX 13, Wright and Becker said the ballot initiative would create an independent redistricting commission made up of seven members appointed by the governor, House Speaker, Senate President, House Minority Leader, Senate Minority Leader and majority and minority leadership. They draw the boundaries and make a recommendation to the legislature, which would vote on it.

If they didn't support the independent commission's recommendations, the ballot initiative demands the legislature explain why not. It also leaves open the ability for someone to sue the state over the rejected boundaries.

Wright said he believed the ballot initiative would pressure lawmakers to accept the commission's recommendations, instead of ignoring it and drawing their own boundaries. He said it would encourage accountability and transparency.

"To me, if there’s any silver bullet that would solve our issues right now, I would say gerrymandering is one of them," he said.

Becker, who served as House Minority Leader in the Utah State Legislature, said he believed voters would approve the ballot initiative. He said Republicans and Democrats agree that gerrymandering is a problem.

"Gerrymandering" is manipulating political boundaries to favor one party over another. Accusations of it have been lobbed over the course of the past two redistricting efforts, which follow the census.

"Legislators are elected by the citizens of this state to perform specific duties as detailed in the Utah Constitution and redistricting is a fundamental duty of the Legislature. The purpose of this process is to have an open and public discussion, gather input and come to a consensus based on information and research through a bipartisan committee that puts recommendations before the entire legislative body. An initiative to create an advisory committee does not override or bypass the Constitution simply because some may not like the outcome," said Greg Hartley, Hughes' chief of staff, in a text message to FOX 13.

House Minority Leader Brian King, D-Salt Lake City, said he supported the ballot initiative. He served on the last redistricting panel in the legislature and said gerrymandering was not so much of an issue in drawing House and Senate boundaries, but Democrats' concerns were ignored in drawing congressional lines.

"We should have competitive races," King said, noting that many Democrats in his caucus run unopposed.

To get on the ballot, the Utah Lt. Governor's Office will review the proposed language and conduct a fiscal impact. Supporters have to hold seven public meetings across the state. If it's approved, they can begin the process of gathering over 113,000 signatures in 26 of Utah's 29 senate districts.

The 2018 ballot is looking to have a number of citizen initiatives. Supporters of medical marijuana and a tax hike to pay for education are also in the process of seeking to get before voters.