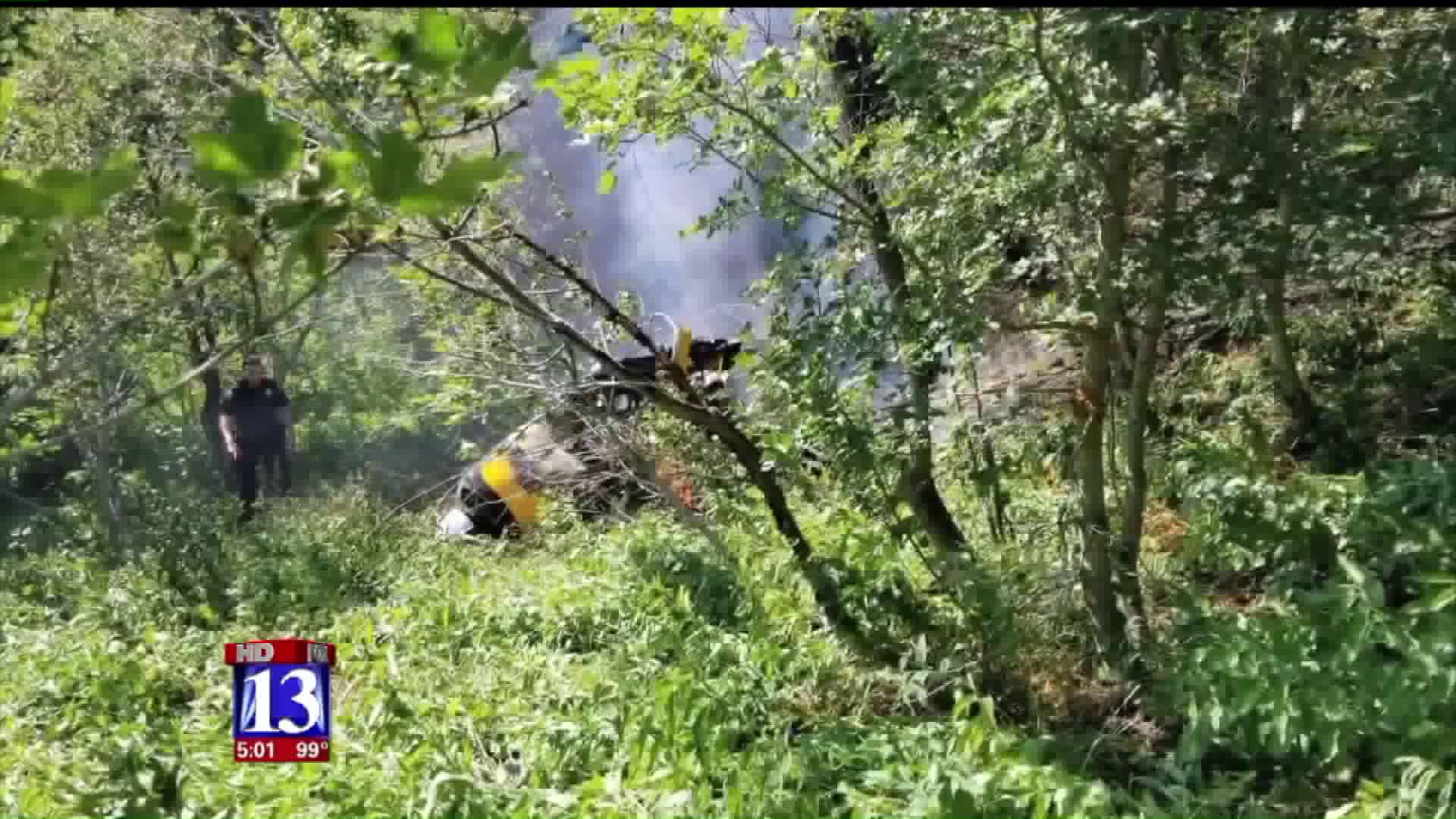 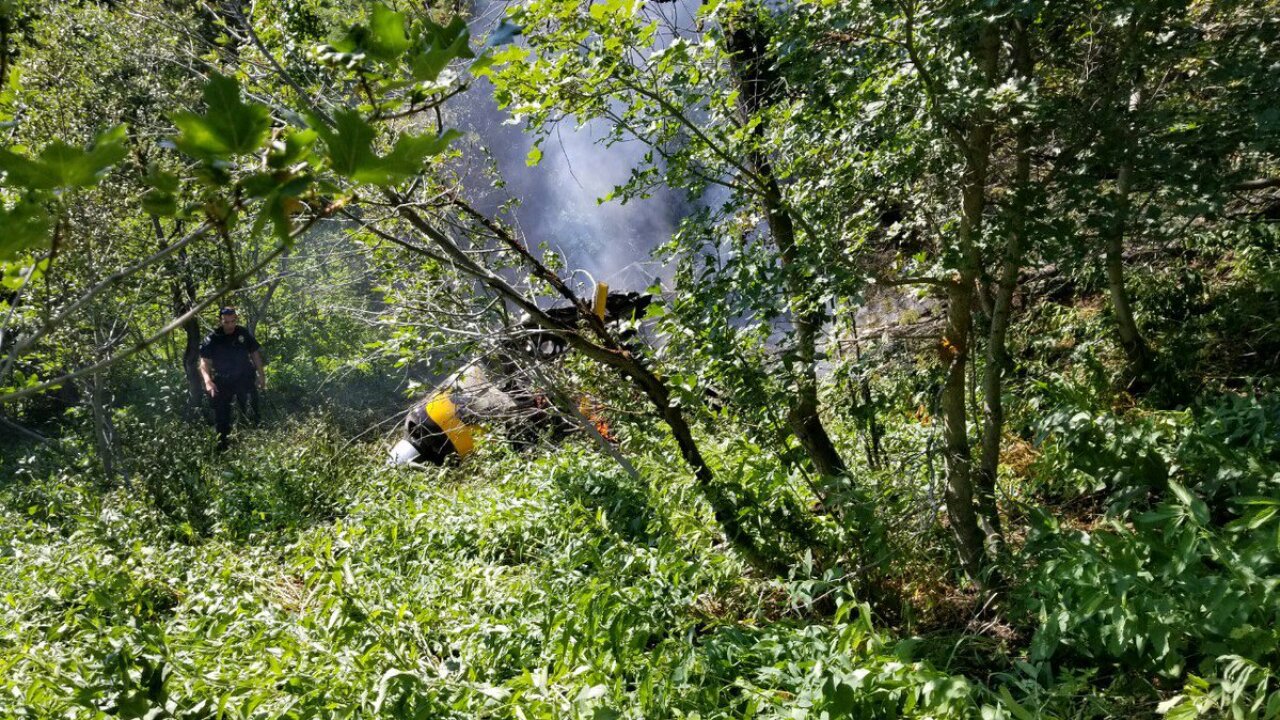 BUTTERFIELD CANYON, Utah - Two people are dead after a plane crash in the Oquirrh Mountains Thursday morning, and a Utah Highway Patrol trooper happened to spot the aircraft moments before it went down.

The crash happened just before 10 a.m. in Butterfield Canyon. Police say the plane crashed near the border of Salt Lake and Tooele counties.

Trooper Jay Watkins with the Utah Highway Patrol says he was driving up the west side of the valley when he figured he would take a ride up through Butterfield Canyon. He says he’s never been up the canyon before and wanted to familiarize himself with the area,

Little did he know he would be the one to spot a fatal plane crash.

”What caught my eye was there was a yellow, smaller aircraft making a right hand turn that was relatively low into the canyon, but it looked like it was losing altitude,” Watkins said.

Then he lost sight of it. He drove farther up the road, higher into the canyon, to see if he could get a better look, but it was gone. Then, a cloud of smoke started rising. That’s when he called in the UHP helicopter.

“These types of situations are hard because sometimes when you get in these aircraft accidents they are not in the best of locations,” Watkins said. “You know, if they’re in a mountain, where we were on the top of a mountain, it becomes a pretty big challenge to, especially if it’s steep, to get down to where the rescue needs to take place.”

Watkins called what he witnessed “surreal.” It reminds him of the plane crash he survived on New Year’s Day 2003. He flew into a mountain and was stuck there overnight. A UHP helicopter was able to spot his downed plane, just like they did this one in Butterfield Canyon.

“My heart really goes out to this family, because I understand, I know the feelings and I know the emotion that’s tied to these types of things,” Watkins said.

As firefighters and some rescuers leave the scene, others are still working with investigators from the FAA to determine what happened.

“We’re going to be working with the FAA, where the aircraft originated from, who was on board,” said Lt. Brian Lohrke of the Unified Police Department. “As far as any licensure of pilots, the FAA is going to be looking into that as well.”

Trooper Watkins says he wasn’t able to make it down to the crash from where he was, and that’s something that will stick with him.

“Why I lived and why other people don’t is beyond me in some cases, but only the good Lord knows those types of things,” he said.

Police are still not able to release the identities of the two individuals who died in this crash. After they determine those details with the help of the FAA, they will still have to notify family before those names are released.

Later Thursday police stated that circumstantial evidence suggests the victims are both men between the ages of 34 and 37, though those details will need to be confirmed by a medical examiner.