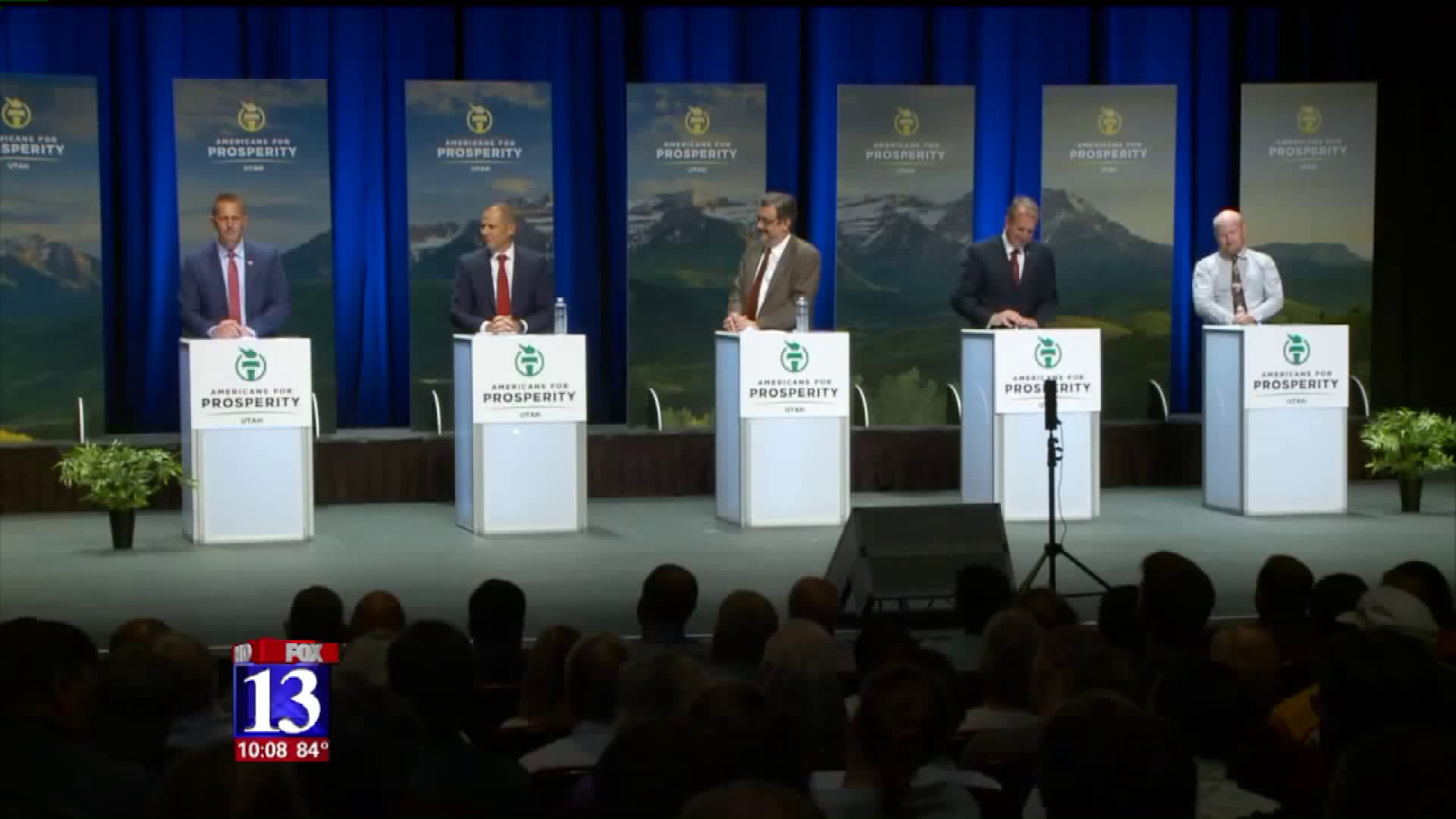 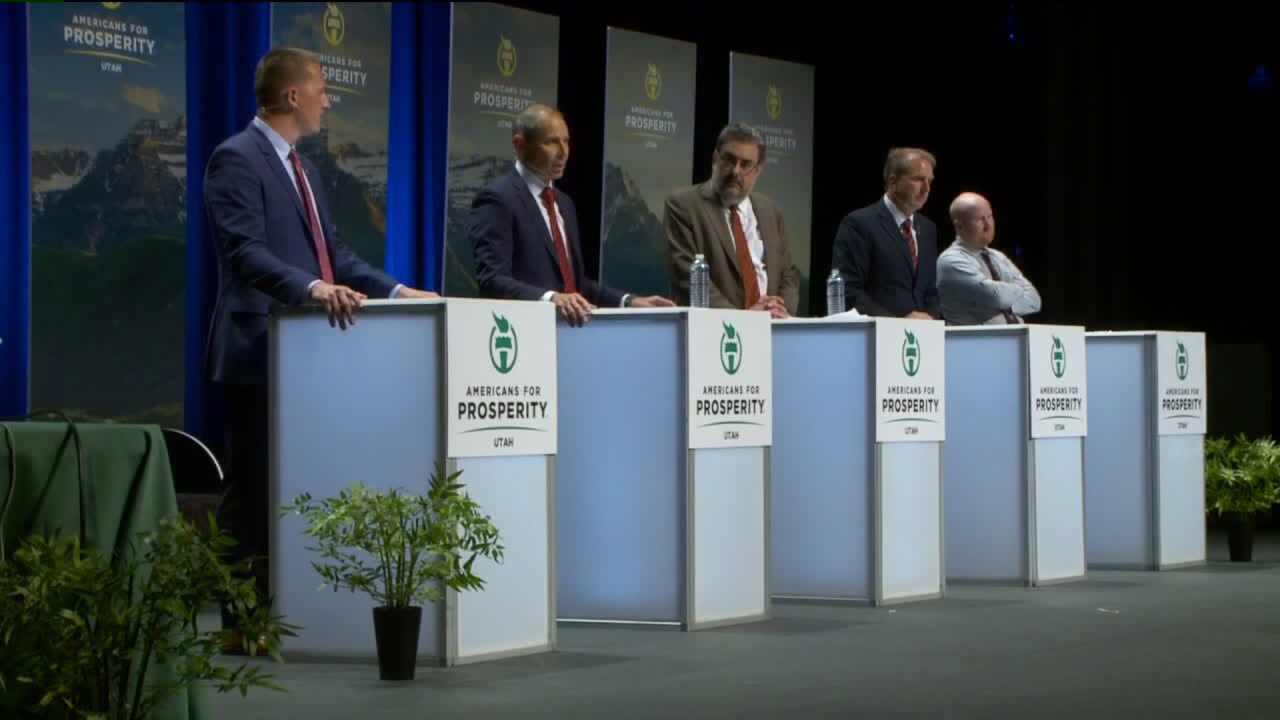 PROVO, Utah — Five of the candidates vying for Utah's 3rd Congressional District seat left vacant by Jason Chaffetz debated Tuesday night at the Covey Center for the Arts in Provo,

A poll taken by UtahPolicy.com prior to the debate showed Curtis with a sizable lead among Republican voters. Curtis held 29 percent of the vote, Herrod 12 percent and Ainge 10 percent. But perhaps the most telling number revealed in the poll was that 49 percent of voters in the 3rd District remain undecided.

The debate hosts, Americans for Prosperity in Utah, focused on economic issues.

"I hope that they'll just really understand where each candidate stands on the issues they care about the most," said Evelyn Everton, State Director of Americans for Prosperity in Utah.

Right off the bat, all of the candidates called for repealing Obamacare.

"We all need to step up and say socialized medicine simply does not work, it leads to misery," said Herrod.

"We have to reintroduce choice and competition into the healthcare marketplace," said Ainge.

"There's so many things that we've got to get busy and solve. It's far more complicated than just repealing Obamacare," said Curtis.

Christensen and Buchman agreed with repealing Obamacare but questioned if a replacement was truly needed.

"The government can't provide healthcare anymore than it can provide cars or corn or coffee," said Buchman.

"I refuse to go onto the government system, even now to this day," said Christensen.

Americans for Prosperity in Utah say the democratic nominee, Dr. Kathryn Allen, was invited to the debate but declined. The republican primary is on August 15. The general election is on November 7.