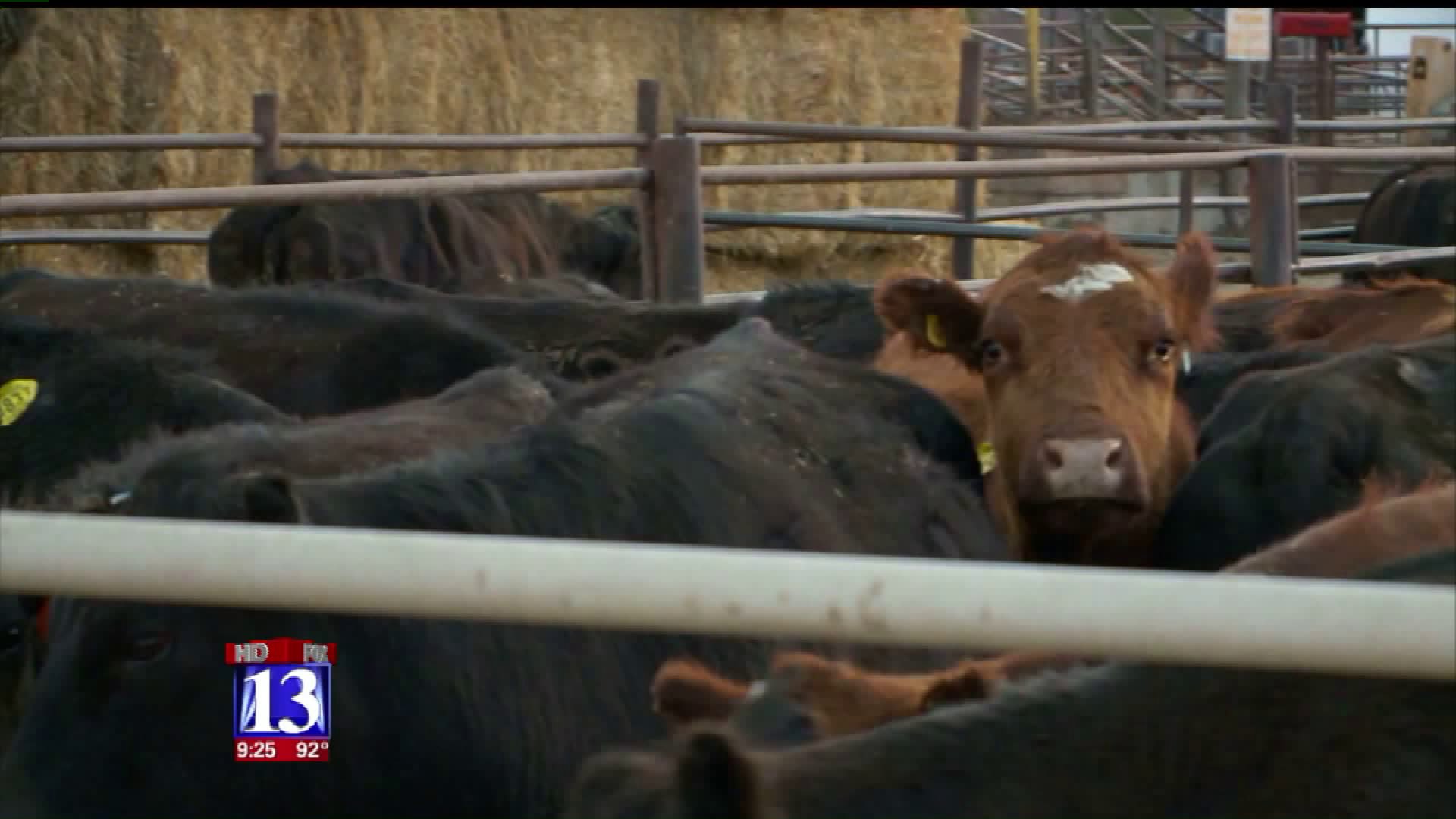 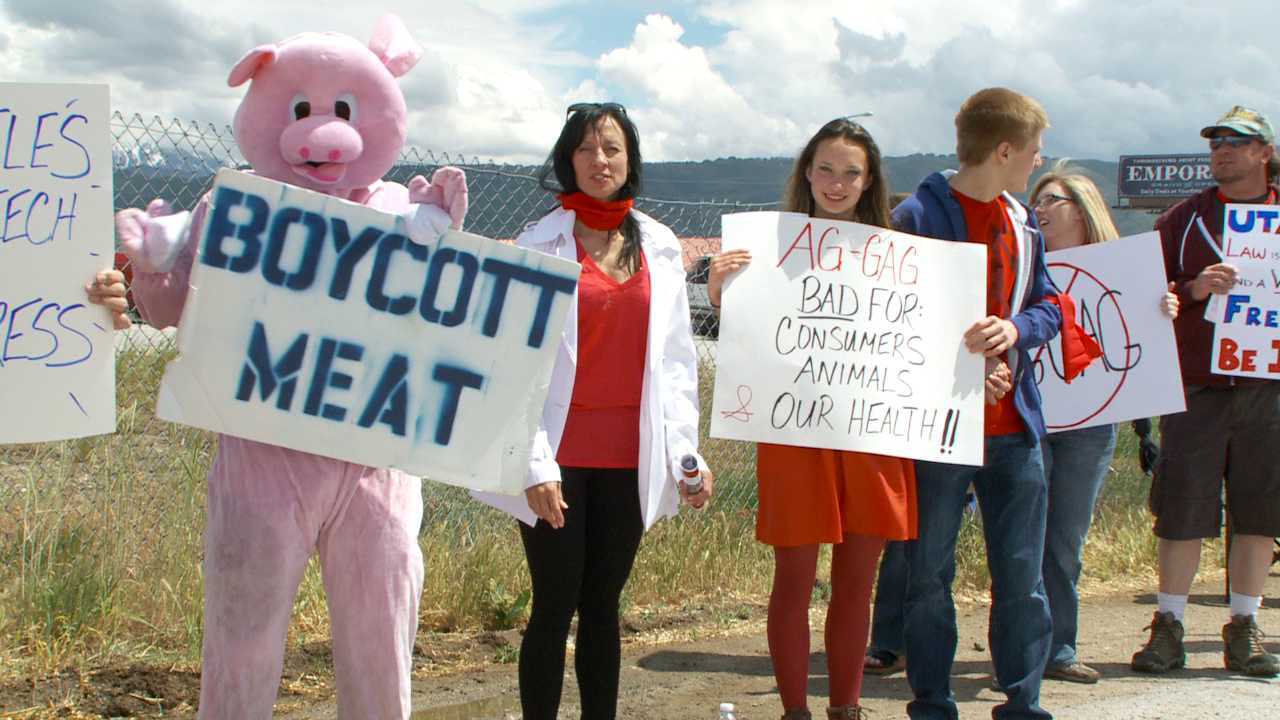 SALT LAKE CITY -- A federal judge has struck down a controversial law that prohibited photography or filming inside agricultural operations in Utah, ruling the law violated the First Amendment.

A file photo of protesters rallying against Utah's 'Ag-Gag' law in May of 2013.

"Utah undoubtedly has an interest in addressing perceived threats to the state agricultural industry, and as history shows, it has a variety of constitutionally permissible tools at its disposal to do so. Suppressing broad swaths of protected speech without justification, however, is not one of them," he wrote, ruling against the state.

The law, passed by the Utah State Legislature back in 2012, prohibits any photos or videotaping inside agricultural operations. It went after animal welfare groups who might engage in covert filming of livestock, which would then be made public to bolster their claims of abuses.

Amy Meyer was arrested in 2013 under the law when she stood on a public sidewalk and filmed a cow being moved into a slaughterhouse. She challenged her prosecution, and the case was ultimately dismissed.

The Animal Legal Defense Fund and People for the Ethical Treatment of Animals sued Utah, arguing the law targeted groups like theirs. (Utah media organizations, including FOX 13, sought to join the lawsuit on First Amendment grounds related to news reporting, but the judge would not allow it.)

The animal rights groups contended the law was specifically passed to target them, claiming in a court filing that Sen. David Hinkins, R-Orangeville, "elaborated that in his view the law was necessary because the vegetarian groups are ‘terrorists.'"

Sen. Hinkins said Friday the law was meant to protect private property rights. He said they plan to review the judge's ruling and re-write the law.

“We’ll take a look at the bill and I’ll introduce it in the next session, and see if we can't get this straightened out,” he said.

The Utah Animal Rights Coalition called Friday's ruling a victory for the First Amendment and animals. The Animal Legal Defense Fund, which sued the state, predicted more legal victories in other states.

"These unconstitutional laws will fall like dominos. Ag-Gag laws are flagrant attempts to hide animal cruelty from the American people, and they unfairly target activists trying to serve the public’s interest," ALDF Executive Director Stephen Wells said in a prepared statement.

A spokesman for Utah Attorney General Sean Reyes' office told FOX 13: "We are reviewing the opinion and considering our options."

In a statement, Meyer (who leads UARC) praised the ruling.

"Four years ago, I stood outside a slaughterhouse in Draper and filmed a sick cow as she was being pushed with a front-end loader, as though she were nothing but a piece of garbage. I was shocked when I was the one charged with a crime instead of that animal’s abusers," she wrote. "It should never be a crime to tell the story of an animal who is being abused and killed, even if it’s for food. Today’s court ruling is a vindication for anyone who stands up for what’s right and tells the truth."